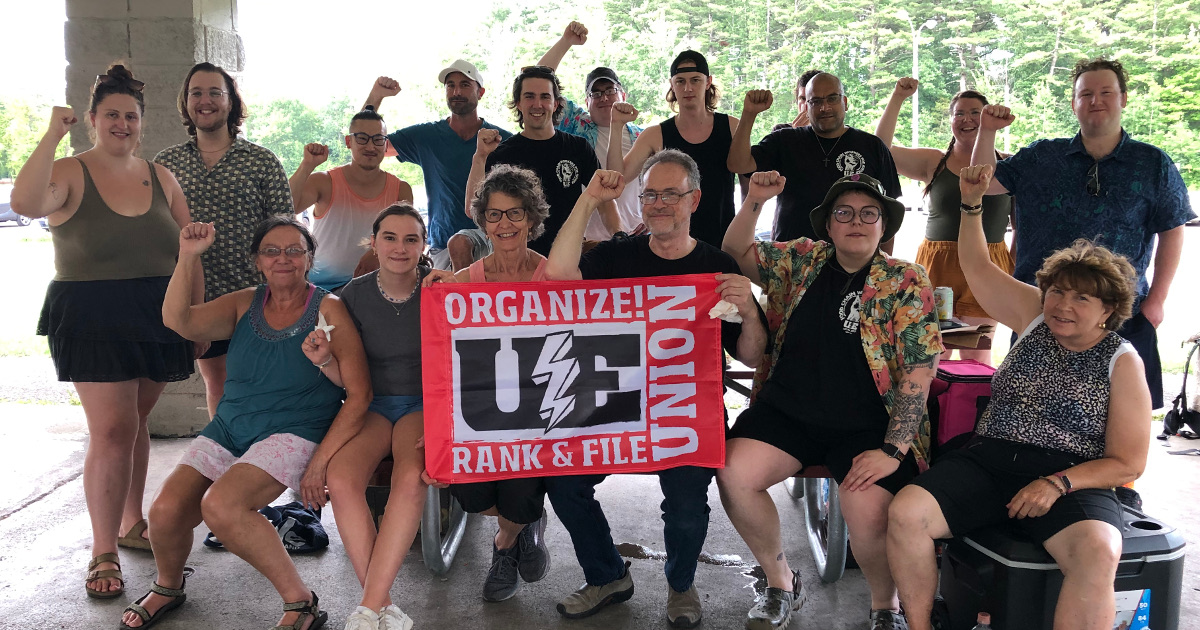 “In this time of turmoil, I can think of no better place to support my coworkers, my community, and my values than at the negotiating table.”

So said Melissa Pennington, a member of the UE Local 203 negotiating committee, reflecting on her local’s most recent negotiations with their employer, the grocery co-op City Market. Those negotiations resulted in a new two-year contract which boosts wages for all Local 203 members by at least $2.30 and increases starting wages above $15 per hour.

Since the beginning of the COVID-19 pandemic in 2020, Local 203 engaged in a constant and public campaign for hazard pay. Despite management’s regular attempts to end it, Local 203 members continued to receive hazard pay for the majority of 28 months through the expiration of their contract in June. Between March 2020 and June 2022 workers received just over $1.3 million in hazard pay, with the hourly bonus reaching $3 at its highest.

Local 203 leadership designed their campaign for hazard pay to be long-lasting, as it was clear to them by the middle of 2021 that they wanted to roll the campaign over into contract negotiations. Throughout hazard pay negotiations, the local emphasized that the workers are the ones that kept City Market running and profitable during the pandemic and showed exceptional dedication to their work.

By the time contract negotiations started in May of this year, the local had been successfully holding hazard pay at $2 per hour for nine months, and was able to codify that $2 permanently into the wage scale.

In addition to across-the-board increases to the wage scale, many Local 203 members will see significant pay increases from changes to pay grades. 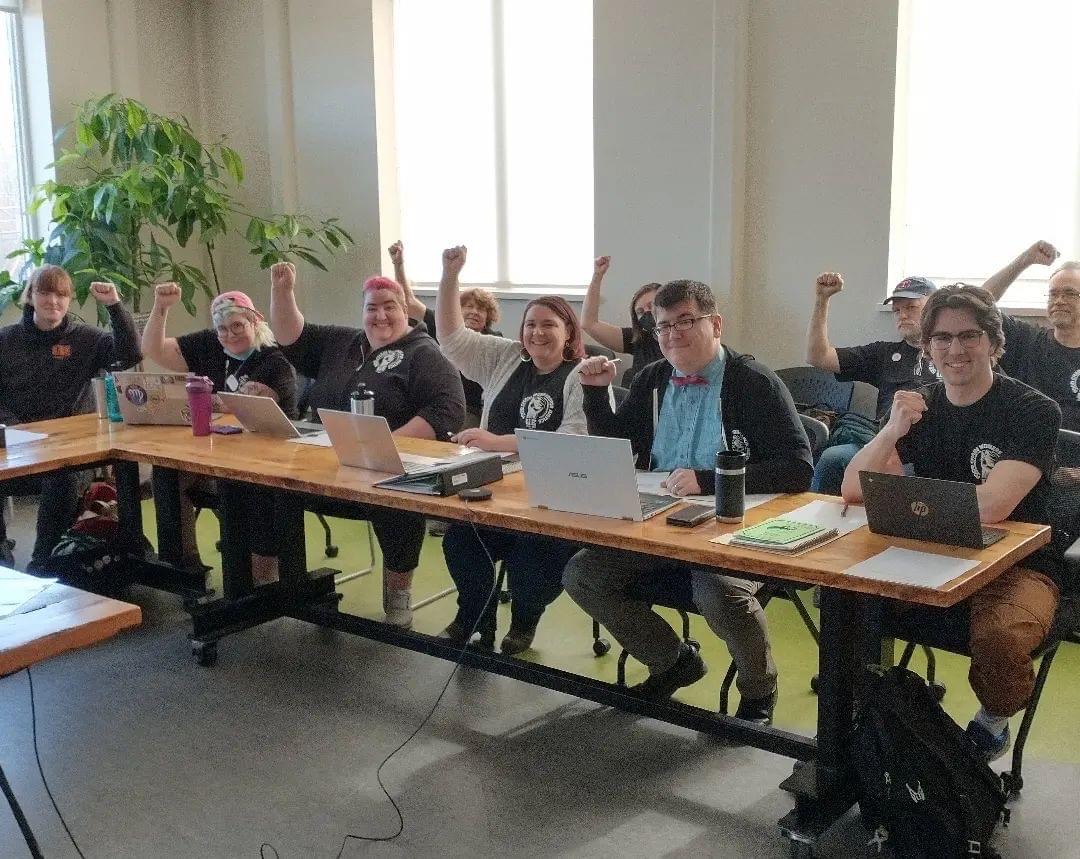 The Local 203 negotiating committee, along with members who stopped by negotiations in support.

Local 203 also won many benefits to allow UE members to build careers and afford to live in the most expensive city in Vermont. The transportation reimbursement was increased to $300, and the staff discount was increased to 20 percent off all purchases (except alcohol). The local also negotiated an increase to the discount for deli and other items employees can purchase while on the clock, to ensure that members, particularly those that work evenings, have affordable options for lunch or dinner while on the clock.

The new contract revises the paid time off structure so that workers will be able to accrue paid time off at a faster rate in their first four years, and adds new paid family leave language that several Local 203 members will be able to benefit from immediately. The local also won a new benefit where upon completion of the probationary period all workers are provided a $15 gift card equal to one equity installment upon completion of any equity payment towards membership in the co-op. In addition to giving workers a vote in the governance of the co-op, this allows them to build equity in the co-op which they can choose to withdraw if they leave employment.

Two other benefits that allow Local 203 members to support their community were also increased. The amount that City Market will match charitable donations by workers was doubled to $200 per fiscal year. The number of paid “community outreach” hours that workers can spend volunteering at different places in the community — something that a large portion of Local 203’s membership participates in — was also increased. Full-time employees will now be able to do outreach 16 hours per fiscal year and part-time employees eight hours per fiscal year.

“Although this round of negotiations was nowhere near as contentious as what we faced in 2019,” said Pennington, “it once again became incumbent upon us to demonstrate to management that benefits don't pay bills and nothing short of real and substantial wage growth across the board would be accepted.” Local 203 held regular union t-shirt days and members wore “Grades+Wages” buttons to support both grade changes and higher wages.

After a final negotiation session that lasted 15 and a half hours, the union reached a tentative agreement early in the morning of June 29. The contract was ratified by mid-July, and on July 24 the local held a celebratory BBQ in Burlington’s Oakledge Park.

“A testament to Local 203’s organization, drive and strength” 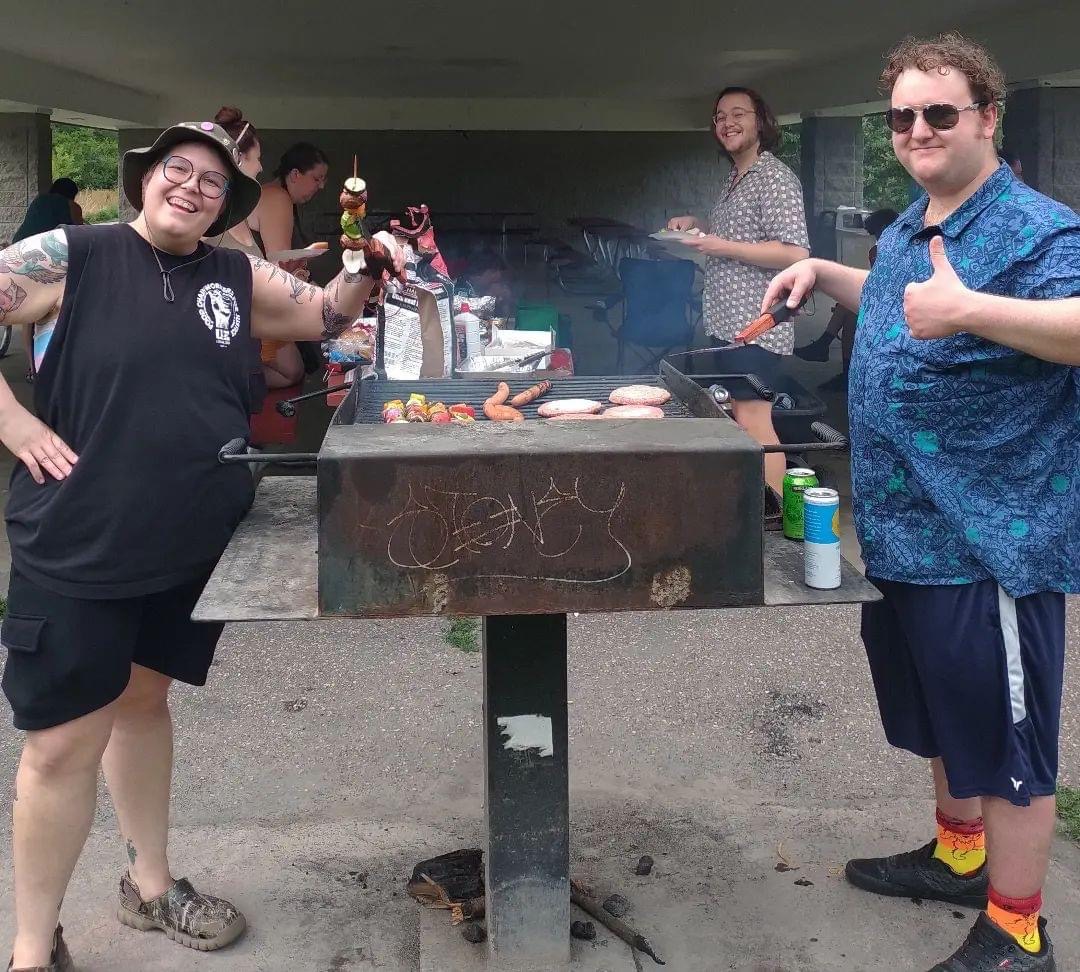 “This negotiation was a testament to Local 203's organization, drive and strength,” said President John Donoghue. “We made great gains, and while we were not able to get everything we hoped for, we are positioned very well for the next two years and beyond.”

“At the end of these negotiations, I can take pride and solace in the fact that regardless of what happens next week, next month, or next year, we have fought for and secured a better life for our members, which will help create a better tomorrow for our community,” added Pennington.

“I am proud to have been a part of this process and to continue to advocate for my coworkers,” declared Knowles. “Being able to fight for them and alongside them is some of the most empowering work I've ever done.”

“Given the uncertainty and turbulent times, it is a good feeling to have a solid contract and a strong union,” concluded Donoghue.