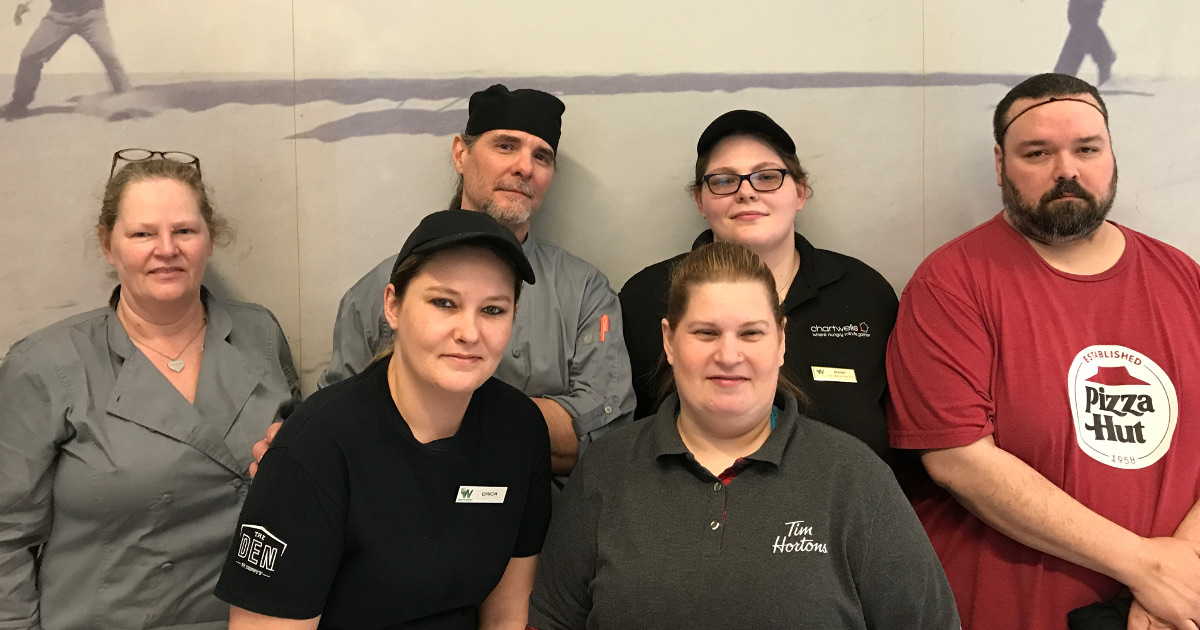 In a written summary of their most recent contract negotiations, the UE Local 792 negotiating committee reported to the members that they “came into these negotiations with a singular focus on getting significant wage increases” — a focus that paid off with increases of almost 15 percent during the course of their new three-year contract.

Local 792 members are food service workers at Wright State University, a public institution, but are employed by the private, for-profit Chartwells, a division of the giant British multinational corporation Compass.

That for-profit company brought to the table a whole range of language takeaways that would have allowed them to impose new terms and conditions on UE members during the course of the contract. The local was able to stop those changes from going into effect, agreeing only to clarifying language which does not change current practice, as well as a couple small changes on attendance and terminated employees.

Current members will receive across-the-board wage increases of $1.35 in the first year and 40 cents in the second and third years. The wage rate for new hires goes to $15 immediately and will go up by the same amount as the general wage increases thereafter. New hires will get to the full rate after six months instead of a year.

Chief Steward Leslie Tinkle said, “We fought hard to get everything we got. We pushed hard when we had to push. We're very proud of the contract.”

President Ron Pauley agreed. “The members supported the bargaining committee the best they could,” he said. “This contract should result in less frowns in the workplace.”

“I'm glad that we pushed,” said Recording Secretary Missy Foster. “The members helped us by telling us what they felt and what they wanted, and we told management.”

The Local 792 negotiating committee consisted of Pauley, Tinkle and Foster. They were assisted by UE General President Carl Rosen.