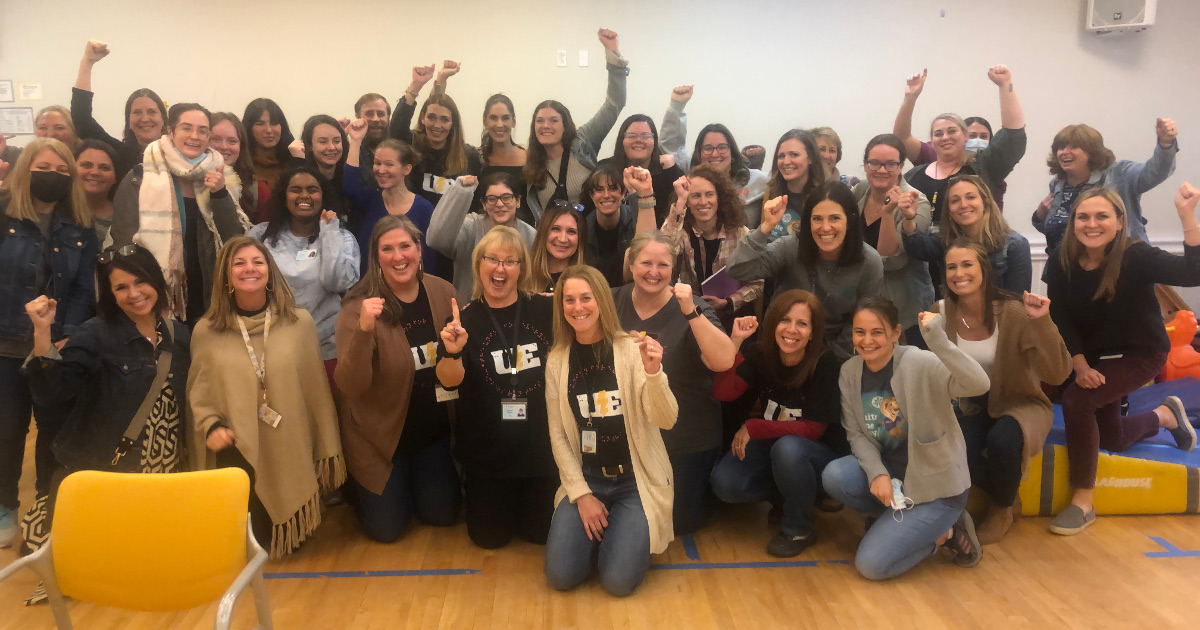 For the first time, members will be compensated based on salary step scales — an improvement much desired by the local’s rank and file. The initial placement of Local 613 members will guarantee everyone a minimum increase of $2,000 in the first year of the agreement, with most members receiving a significantly larger increase based on their years of service and current salary. In year one, new hires will be guaranteed a minimum annual compensation of $45,000, with members at the top end of the scale who have twenty-two or more years of service being guaranteed a salary of over $95,000. All salary steps will then increase each subsequent year of the agreement.

“These new salary scales will mean that our members will see life-changing increases over the duration of the contract,” said UE Local 613 President Patrice Bucheli. “Our members do this work because we care about our students and the mission of the school, first and foremost. This new contract will make it much easier for us to continue working at the school and fulfilling that mission.”

Marie Maletic, chairperson of the local’s bargaining committee, added, “It was an honor to serve as negotiations chairperson for UE Local 613. Having served on the 2018 committee, we knew we had a lot of work to do for this contract to be a success. Our local has attempted many times since establishment to codify a step scale for our professionals, and I couldn’t be prouder to say we accomplished our goal!" 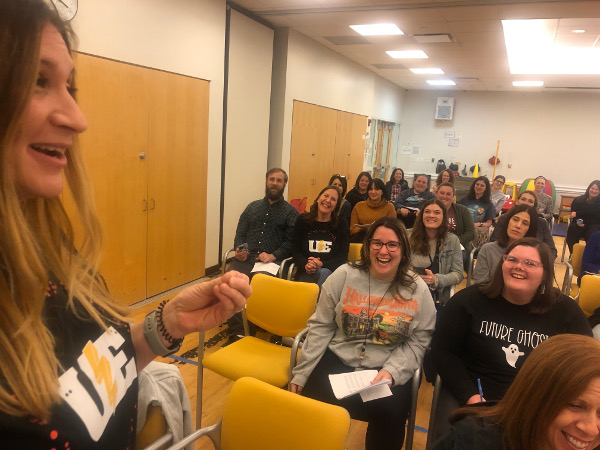 The Pittsburgh-based local, which consists of teachers, speech language pathologists and registered nurses that provide award-winning educational services at the Western Pennsylvania School for Blind Children, ran a contract campaign rooted in regular participation among its membership. The local’s contract support committee distributed surveys throughout the campaign to help identify areas of importance to the local, and the negotiating committee provided regular updates to members during bargaining.

“Our goal as the Contract Support Committee was to activate our members by surveying what the key bargaining topics they wanted us address were,” commented Karen Rizzo, who served on the committee. “At the end of the day, the school cannot run without us, and our contract reflects this. The lesson is that everyone can play an important part in contributing towards securing a good contract, from the rank and file, to support committees, to the bargaining committee.”

“As a first-time member on the negotiations committee for UE Local 613, I was very proud of the work we accomplished,” said Colleen Benton. “I didn’t know exactly how this process would play out. I’m happy to say that with tremendous support from our membership and Contract Support Committee, we were able to ratify a solid contract. UE Local 613 has been working to get a salary scale in place for many contracts. This year, I am so proud and excited to say that it was accomplished.” 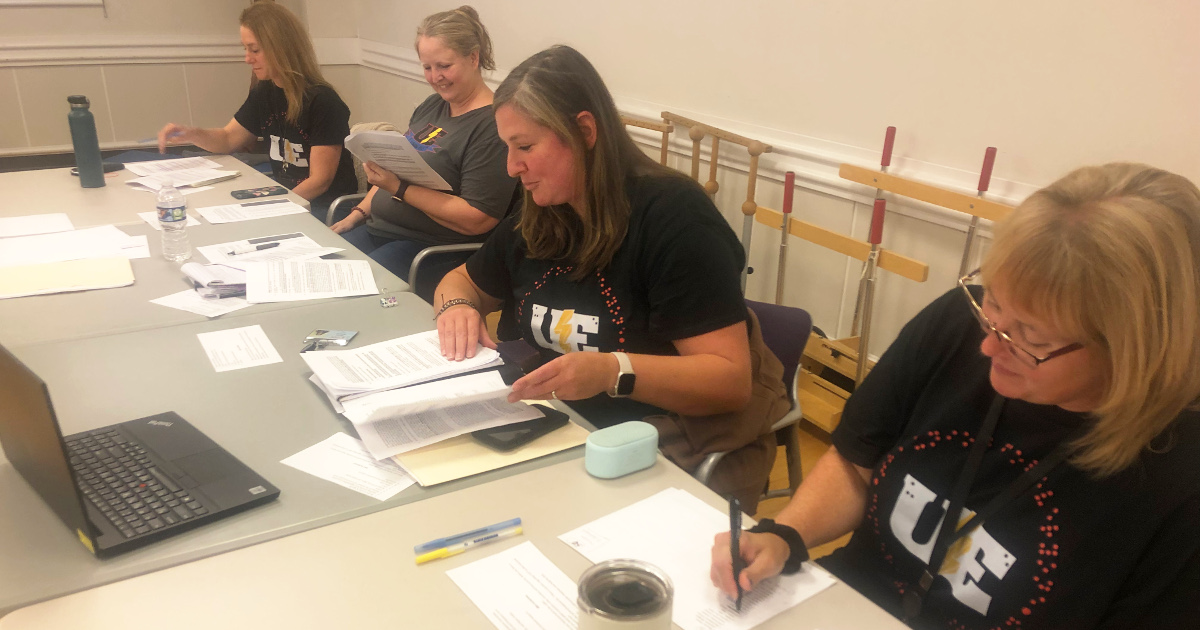 In addition to the win on salaries, the local obtained improvements to bereavement and compensation for certain forms of work outside of the school. Grandparent-in-law will now be added to the bereavement policy, and members will be allowed more flexibility in adjusting their schedules to balance personal and work obligations.  When employees participate in mentorship programs or make presentations in educational conferences on behalf of the school, they will be better compensated.

Health insurance also became a central issue at the bargaining table when the employer proposed to move employee contributions from a fixed, negotiated rate to a percentage of the fluctuating costs of the insurance plans offered by the school. Throughout negotiations the local was adamant in its opposition to those proposals, and ultimately retained a fixed dollar amount for each year of the contract. For single employee insurance plans, the workers’ contributions will remain frozen for the entire contract. All dependent coverage plans will see an increase of $10 per month each year of the contract, much less than originally proposed by the employer.

“We have seen more turnover over the last several years, as our members continue to make tremendous sacrifices during the pandemic. This contract was both well-deserved and necessary for the retention of our excellent staff,” commented UE Local 613 Vice President Megan Simmen.

“I am proud of our local for achieving this contract,” concluded Bucheli. “I am proud of all the work done by our bargaining committee, which started meeting last fall to prepare for negotiations. I am grateful for of all the help we received from our contract support team. This agreement will lead to more continuity among staff. We will be better able to retain staff. This benefits everyone involved; most importantly, the students we see every day.”