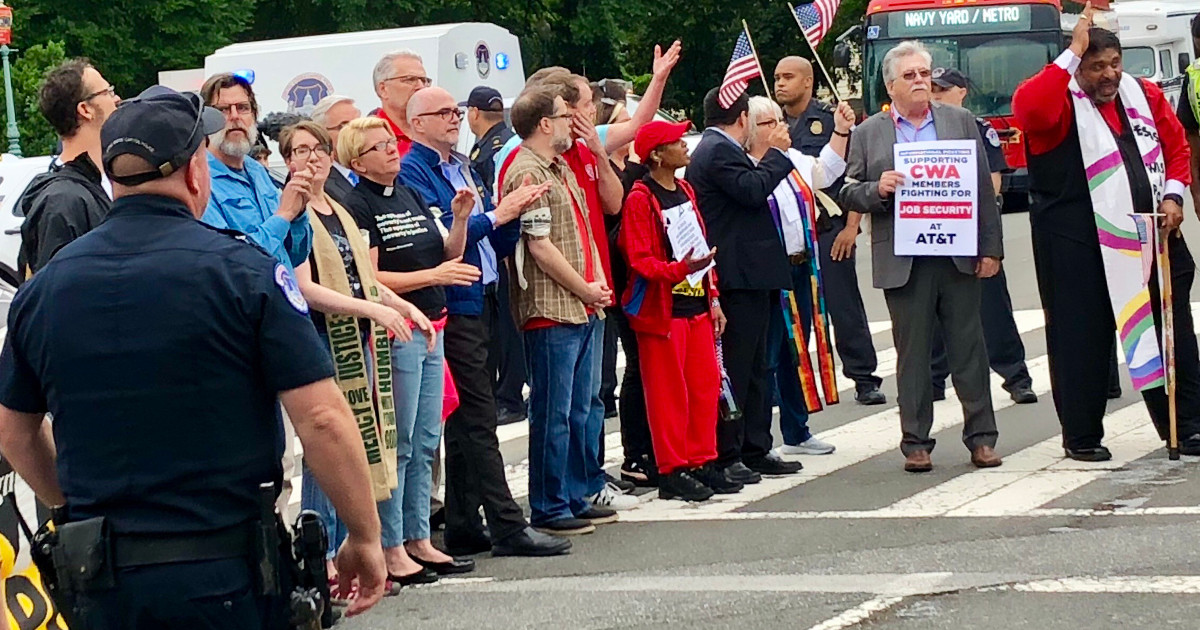 Retired UE Director of Organization Bob Kingsley joined the Poor People’s Campaign labor rights protest at the US Capitol and Supreme Court yesterday. Brother Kingsley was there as part of the legal team tasked with tracking arrests and getting demonstrators out of jail.

There were nearly 100 arrests for civil disobedience. Most arrestees were processed and released. Nine arrested in front of the Supreme Court spent the night in jail. Two of those arrested yesterday had addressed recent UE Conventions.

Rev. Dr. William Barber II, one of the national leaders of the Poor People's Campaign and a long-time ally of the UE, told the 2013 UE Convention, "We need to talk about what's right and what's just wrong. It's wrong to exploit workers, it's wrong to take voting rights away, it's wrong to hurt the sick, it's wrong to step on the poor."

Rev. Graylan Scott Hagler addressed UE's 2015 convention in Baltimore, telling delegates that the advance of working people has always been held back by the divisions of race and racism, and that "Black Likes Matter is a doorway to making all lives matter." He urged delegates to "Remember our history, remember what we've been through, remember what we're going through, remember why we're here and how we got here, don't give up, don't sit down, just continue to push forward until justice prevails, until justice is won."

The Supreme Court was an especially timely target, as the Court handed down a decision yesterday in Husted v. A. Philip Randolph Institute that upheld racially discriminatory purging of voter rolls. The Court also recently decided a case, Murphy Oil, which vastly expands employers' ability to violate labor laws with impunity, and is considering a case, Janus v. AFSCME, which will potentially deal a blow to public sector workers' ability to organize strong unions. 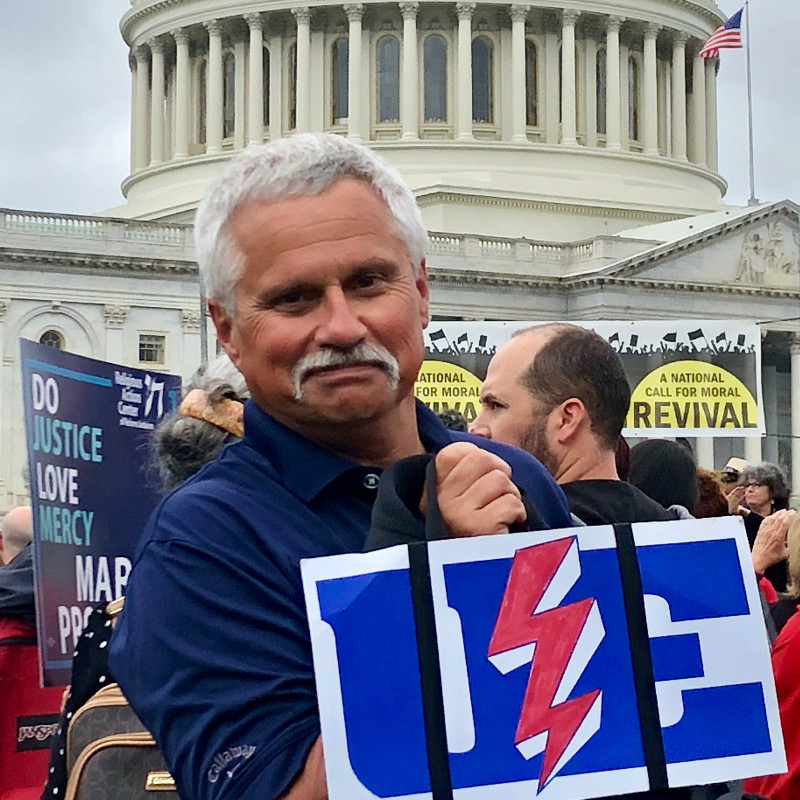