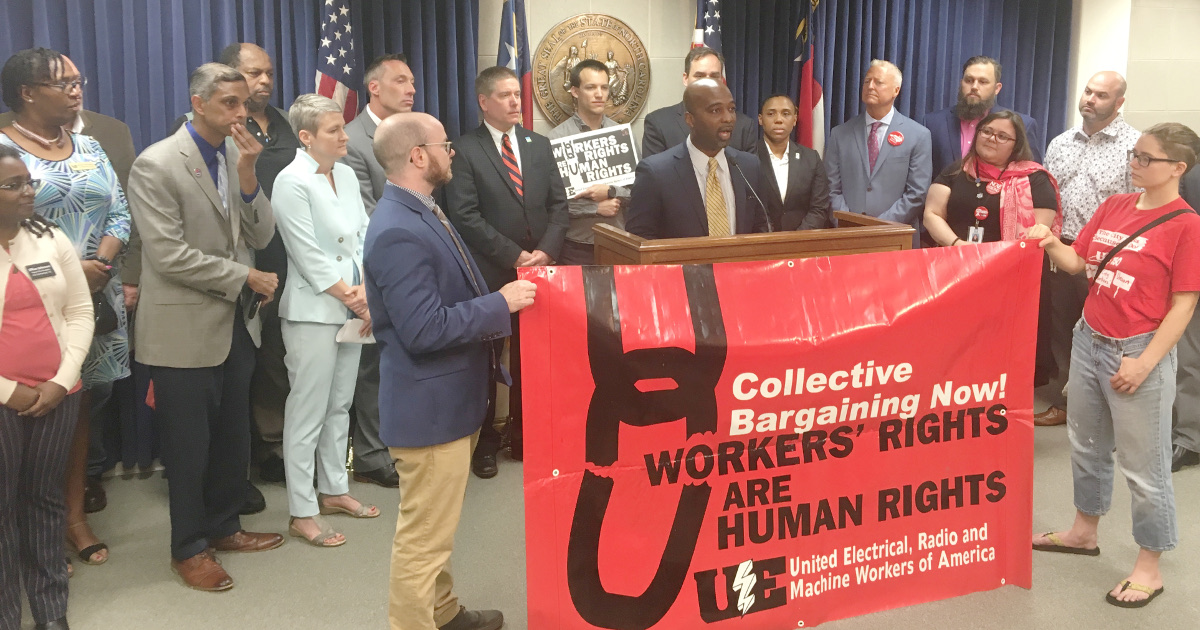 “We need to end this Jim Crow-era public-sector employee law,” said Nickel. “Public employees deserve equal treatment under the law and now is the time to give it to them.”

A short video of the press conference can be viewed on UE Local 150's Facebook Page.