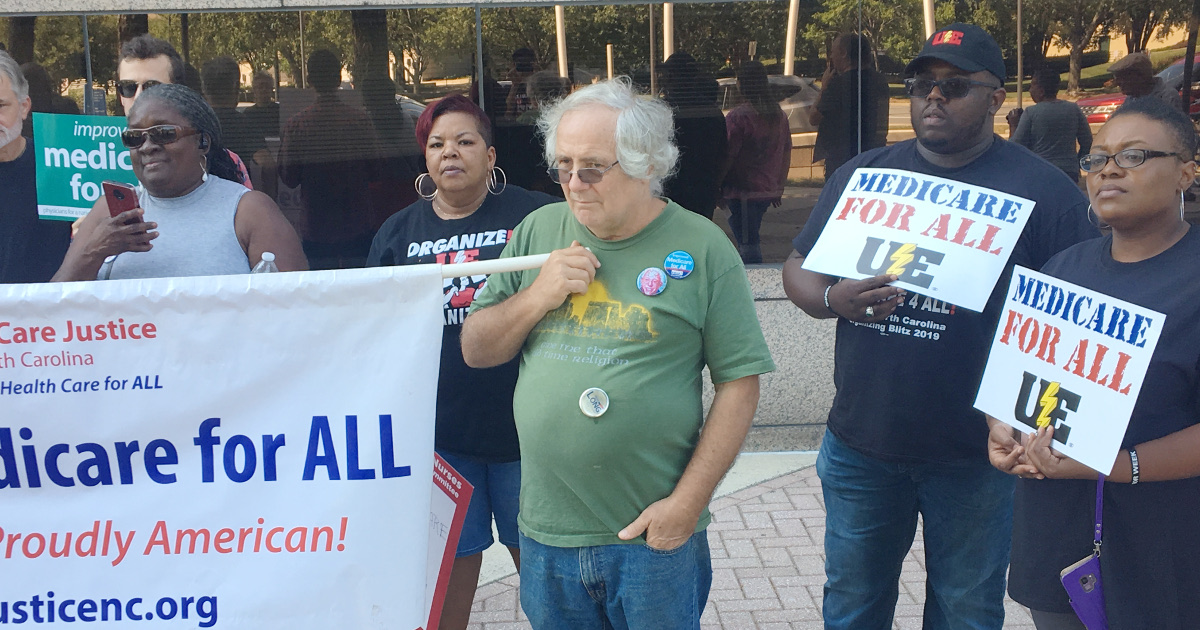 On Saturday, September 21, members of the Charlotte City Workers Union Chapter of UE Local 150, the National Nurses United, the Southern Workers Assembly, Healthcare Justice NC and others held a picket in front of the Government Center to launch their campaign for affordable healthcare, including passage of the Congressional bill for Medicare for All. They were adding to the numbers of working people, including local and state employees, who see Medicare for All as the way to comprehensively insure themselves and families and to contain skyrocketing healthcare costs.

The action called on the Charlotte City Council to pass a resolution to endorse the federal Medicare for All Act of 2019 (HR 1384) legislation now before Congress. Similar resolutions are being introduced by workers’ committees throughout the South. The City of Durham, Carrboro and Orange County, N.C. have already passed similar resolutions. City Council member LaWana Mayfield, who supports the Medicare for All Act of 2019 (H.R. 1384) attended the rally, and three other council members currently support it.

“We are being gouged by insurance companies collecting enormous premiums,” said Dominic Harris, utility technician in the Charlotte Water Department and president of the Charlotte City Workers Union. “Under a Medicare for All system, an estimated $10 million will come back to Charlotte taxpayers and another $4 million back into the wallets and purses of city workers. Let’s join the rest of the industrial world and support a universal healthcare program which for us is Medicare for All.”

In Charlotte, replacing the city’s contribution to healthcare premiums with Medicare for All would save more than $10 million annually for the city and reduce employee costs by an estimated $3,734,000 per year.

The Charlotte City Workers Union maintains that workers need immediate relief from high premiums they currently pay, citing the $434.50 per month premium for basic family coverage. That amounts to about 20 percent of take-home pay for workers starting out.

Charlotte city workers are denied the right to bargain collectively with the city and cannot negotiate even incremental improvements in their health care coverage, making the protection of health for them and families all the more difficult.

Workers from several different unions from across the South joined Local 150 members over the weekend in Charlotte for a Southern Workers Assembly school. The union members from Georgia, Florida, Texas, South Carolina, West Virginia and North Carolina met to continue training worker leaders to organize their co-workers and build the campaign for Medicare for All.

“As a hospital RN in one of the largest hospitals in Corpus Christi Texas we find patients arriving at our facility who are sicker and sicker,” said Kathy Gossett, a registered nurse and member of National Nurses United. “That’s because the insurance system does not fully insure them and they don’t get care when they need it. Enough is enough. We support the North Carolina workers’ efforts and will continue our efforts in Texas, Florida and other states. Let’s put in place a system that cares for all US residents. That’s Medicare for All.” 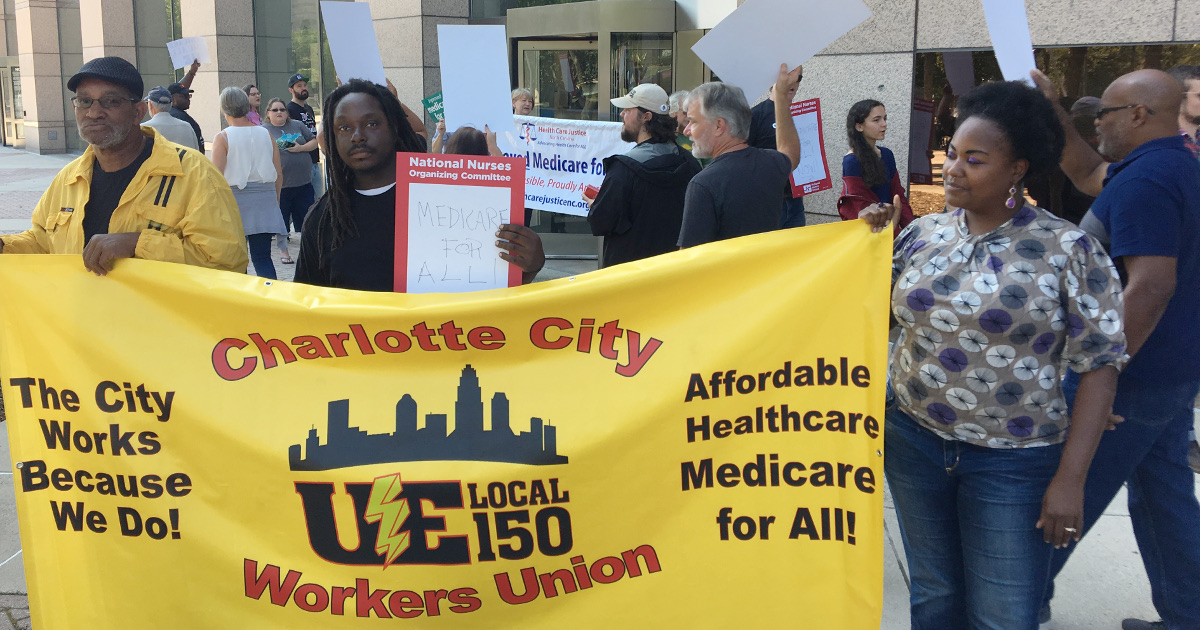