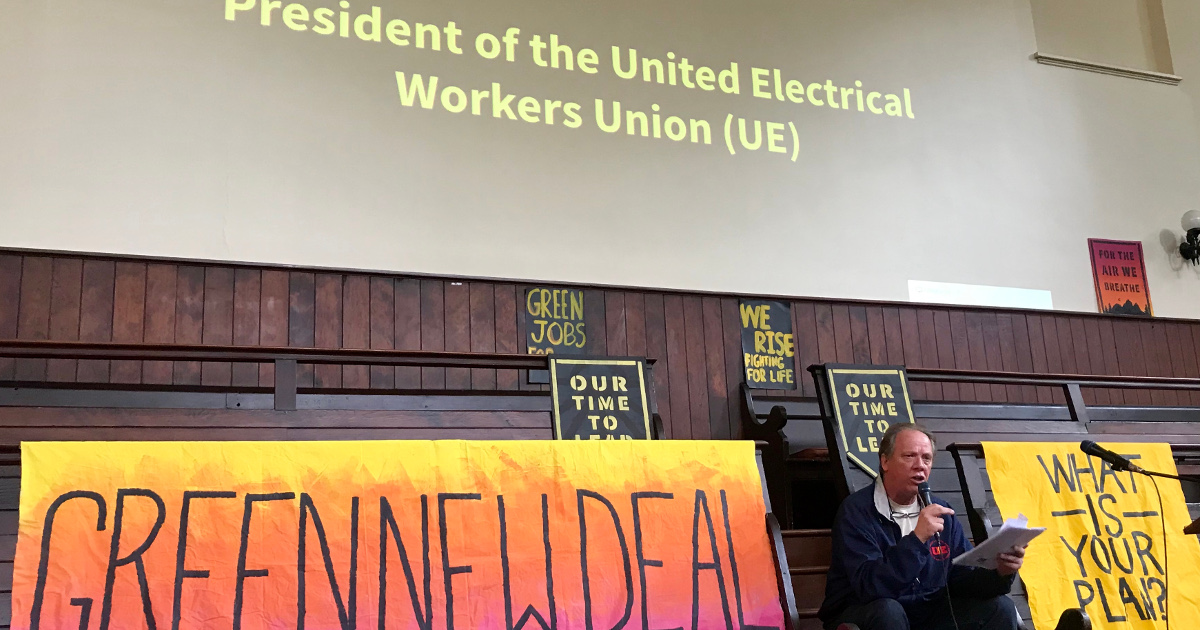 UE leaders have been taking UE’s message that the Green New Deal must include action for good, union jobs to Green New Deal meetings. On May 4, UE General President Peter Knowlton spoke at a town hall meeting in Philadelphia organized by the Sunrise Movement, a youth-led movement to stop climate change and create millions of good jobs in the process (learn more about the Sunrise Movement at sunrisemovement.org).

We have examples in our history of creating massive numbers of union jobs to address societal challenges, Knowlton said, citing the Works Progress Administration (WPA) of the 1930s and the Comprehensive Employment Training Act (CETA) of the 1970s. He spoke about his own experience as energy educator in Minneapolis, employed by CETA in the late 70s to weatherize residential homes and apartment buildings.

“CETA provided some of the first building trades apprenticeship opportunities for large numbers of women and people of color,” Knowlton said. “Union jobs that paid union wages and benefits and which meant guarantees, stability, and peace of mind because you know you are no longer an at-will employee and … you have rights.”

Underlining the importance of including workers in the Green New Deal, he warned that “if we don’t make a jobs campaign and guarantees of income and benefits for affected workers the cornerstone of our movement, we are making a mistake that could cost us our lives.”

In Erie, PA Local 506 Vice President/Recording Secretary Tom Bobrowicz was a featured speaker at a May 6 town hall meeting on “The Road to the Green New Deal.” Bobrowicz spoke about how a Green New Deal could benefit workers, like UE members at Wabtec. The Erie event was put together by the PA Poor People’s Campaign, Keystone Progress, Sunrise Movement, Erie County Young Democrats and Erie County United. 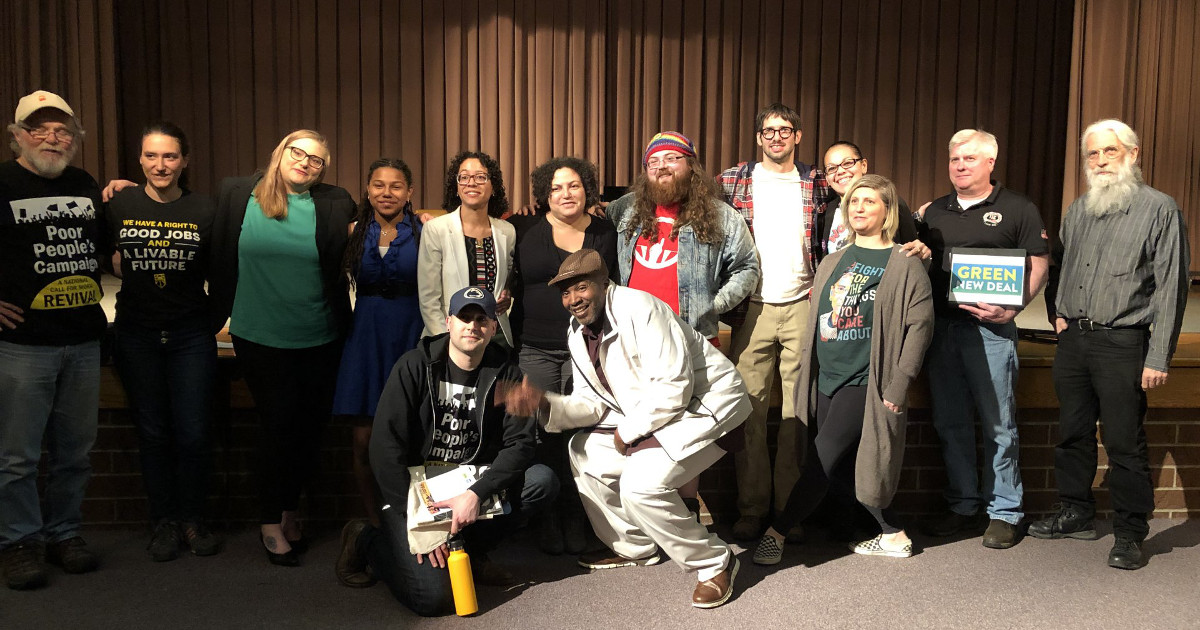 Tom Bobrowicz, second from the right, with other participants in the Erie town hall meeting