Wisconsin Locals Continue Push for Medicare for All 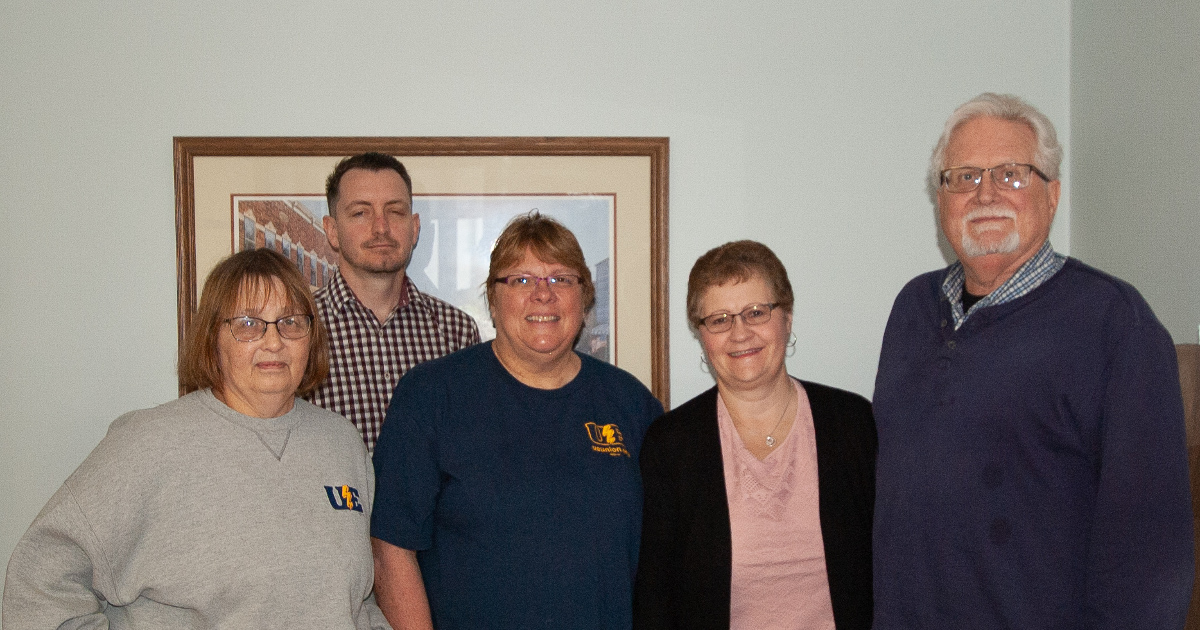 On Friday, May 24, Local 1107 Vice President Joni Anderson, Local 1121 Financial Secretary Charlene Winchell, Local 1161 President Sharry Neidfeldt and Field Organizer Jason Whisler took the UE policy of “Healthcare for All” to the office of Congressman Ron Kind. Kind is a Democrat whose campaign funds come in large part from the health insurance, pharmaceutical, and medical device industries, and who has not signed on to HR 1384, the Medicare for All single-payer healthcare bill supported by UE and many other unions.

The UE members met with the congressman’s chief of staff and one of his health care policy chiefs for about 30 minutes. Anderson spoke about her sister who died because she couldn't afford an x-ray, and Niedfeldt spoke about how she spends about half of her total income on health care.

When Winchell discussed how her health plan has a $5,000 deductible, Kind’s staff people thought she meant out-of-pocket limit, but she corrected them, pointing out that other charges like the $40 co-pay for any doctor visit come on top of the $5,000.

Kind’s chief of staff, Loren Kannanberg, said that with the current makeup of the Senate, Medicare for All will not pass. He said that Congressman Kind does support some form of universal health care and knows that is the direction that things will “eventually” be going. Whisler pushed back, arguing that if the congressman supports it in principle, why not sign on as a co-sponsor to HR 1384. The staff agreed to pass UE members’ concerns along to the congressman.

Grant talked about how much healthcare costs eat up his pay even though he has employer-provided health insurance and Rosen added that the union is finding the same pattern with members in all types of workplaces. Krukowski talked about how health care costs are increasing for retirees because Medicare needs to be improved to fully cover health expenses, including prescriptions. Both Grant and Krukowski pointed out that private insurance plans are no longer working to keep health care affordable.

Rosen emphasized that UE expects Congresswoman Moore to sign on to HR 1384, and that as union members we know that you don't start compromising before negotiations begin. He noted that the failure of Democrats to push for real solutions is part of what has created a bad political situation at the national level, and that there is no way to avoid taking on the insurance and pharmaceutical companies if we want to create an affordable healthcare system. 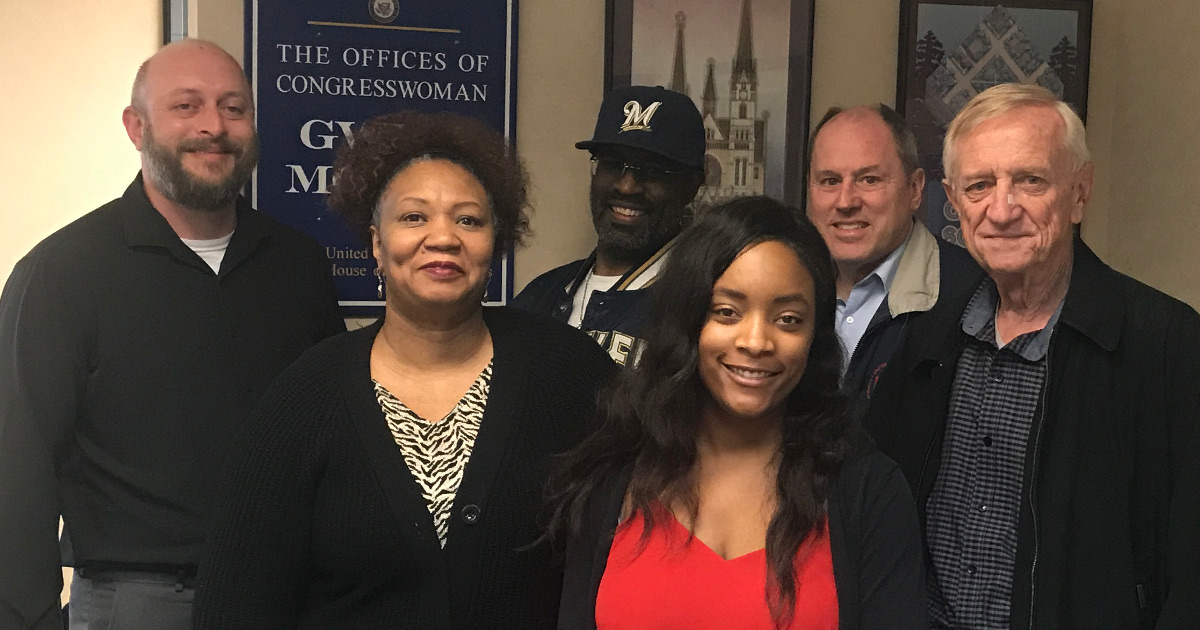