What's at Stake in the Presidential Election: OSHA 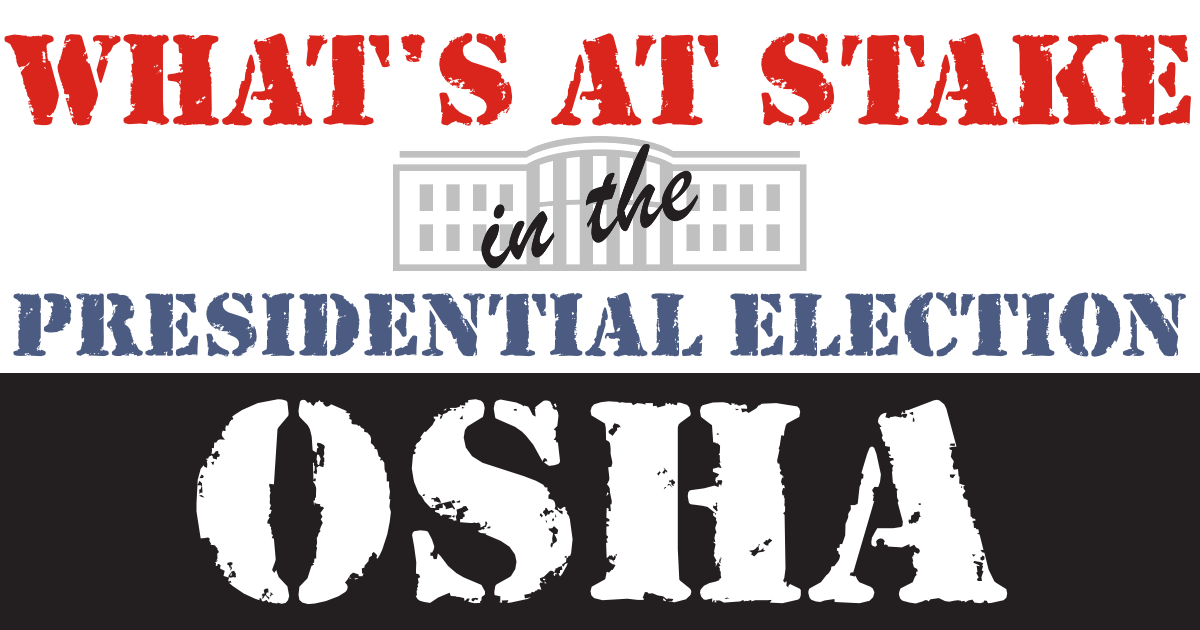 As COVID-19 cases and deaths continue to rise in the U.S., a new study demonstrates that the Trump administration’s pro-business agenda of rolling back workplace safety enforcement by OSHA has been a major contributor to COVID-19 spread and death.

A study published this week by researchers at Harvard’s School of Public Health found that coronavirus-related complaints to OSHA are strongly correlated with deaths 17 days later. In other words, workers have been reporting unsafe conditions to OSHA, OSHA has failed to take action, and workers have died as a result.

Click image for a closer view, and additional charts by geographic region

The study’s authors report that “To date, the federal Occupational Safety and Health Administration (OSHA) has not issued any emergency or permanent standard specific to COVID-19 exposure at the workplace; additionally, as of August 13, 2020, OSHA, which oversees enforcement of OSHA standards in 38 states, had issued only four citations related to COVID-19. Moreover, the total number of federal OSHA inspections (of any kind) during 2020 has been reduced by two-thirds, compared to the same period in prior years.”

This is hardly surprising, given that even before the pandemic, OSHA under Trump was prioritizing deregulation rather than protecting workers’ safety. “Most of OSHA’s energy now is going into rolling back existing regulations and working on ones not as important as infectious diseases,” a former Department of Labor official told Forbes magazine in April. He pointed out that efforts to develop a comprehensive OSHA standard for infectious diseases, begun in 2009 by the Obama administration, had been put on the back burner by Trump's OSHA leadership.

The Trump administration has weakened OSHA in a variety of other ways: