What’s at Stake in the Presidential Election: The Courts 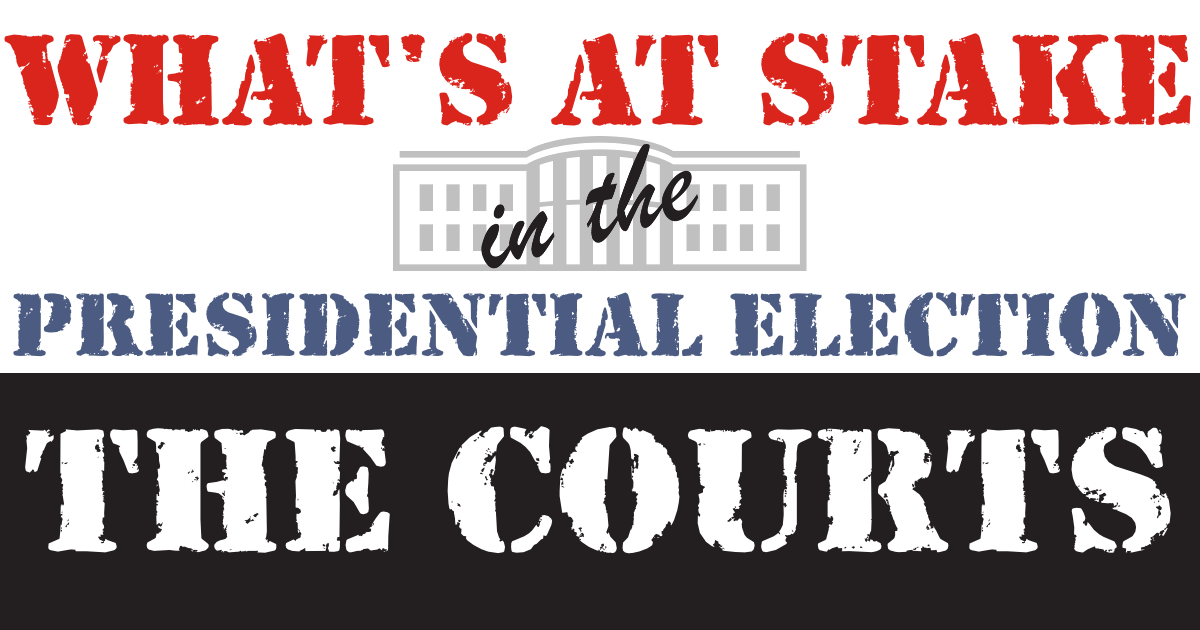 As the Senate holds confirmation hearings for Trump’s third Supreme Court nominee in four years, it is clear that Trump’s most enduring legacy will be his court appointments. If Amy Coney Barrett is confirmed, and especially if Trump wins another term (or successfully retains the office despite losing the election), that legacy will be even worse for working people than it already is.

The signature anti-union decision of the Court in the Trump era is Janus v. AFSCME. Trump’s first appointee, Neil Gorsuch, provided the deciding vote in the decision, which struck down union security clauses throughout the public sector. Janus was the culmination of a decades-long campaign by the employer-funded Right to Work Committee to weaken public-sector unions by prohibiting them from collecting fair-share fees from the workers they represent in collective bargaining.

UE General Counsel Irene Thomas, Esq., who attended the hearings for the case, wrote that the decision to weaken unions “requires the Court to trample on its own precedent.” Nonetheless, that is exactly what the Court did.

(Incidentally, Trump was only able to appoint Gorsuch because Senate Majority Leader Mitch McConnell blocked President Obama from filling a vacancy on the Court throughout 2016, claiming that it was inappropriate to fill a Supreme Court vacancy during an election year. McConnell is currently pushing Barrett’s nomination through in the final weeks before an election.)

Public sector workers aren’t the only ones affected by Supreme Court decisions. Every worker’s “Weingarten rights” — the right to have a steward present during investigatory interviews — derives from a 1975 Supreme Court case, NLRB v. J Weingarten, Inc.. Although Weingarten is established precedent, the current Court’s willingness to trample on its own precedent is clear. In confirmation hearings this week, Trump’s current nominee, Barrett, has indicated that she is open to overturning precedent on such issues as the legality of voter intimidation — so it is not far-fetched to imagine a Trump court overturning Weingarten. (Under this scenario, unions would presumably still be able to negotiate similar rights in their contract, but they would no longer be granted automatically as part of the collective bargaining relationship.)

Appointments to lower courts, which Trump and McConnell have been busy stacking with anti-worker ideologues, matter to workers as well. Employers routinely appeal labor board decisions to the courts. Furthermore, a 1957 Supreme Court decision, Teamsters v. Vogt, gave courts and states wide latitude to use injunctions to restrict workers’ free-speech rights to engage in picketing. The more anti-worker the courts, the more likely bosses are to appeal rather than accept labor board decisions, and to get injunctions to restrict workers' rights to protest, picket and strike (and the more restrictive those injunctions will be).

Although the Supreme Court — the least-democratic branch of government — has rarely been friendly to workers, courts full of anti-worker judges are positively dangerous.