General Executive Board Members Speak Out on Importance of Midterm Elections 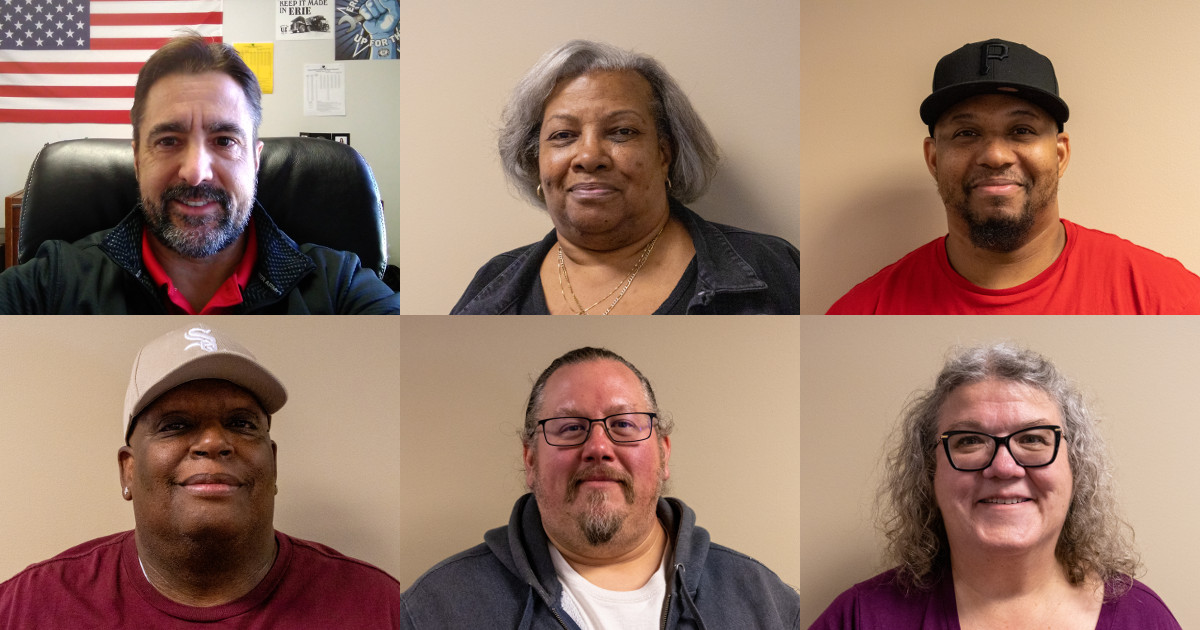 While the union’s General Executive Board was in Pittsburgh for their meeting in September, the UE NEWS asked several members for their thoughts on the upcoming midterm elections. Here’s what they said:

It’s important for working people to vote because we’re kind of on a precipice. It’s time that people stop looking at single issues and start looking at the bigger picture and understanding the direction that the country is going in, which is getting pretty scary. As people in labor we need to be mindful of voting for labor-related issues, like healthcare for all and abolishing right-to-work laws.

It’s important for working people to vote to let elected officials know that they need to step up and do the right thing for their constituents, and to let them know if you don't do the job, you have to go.

Midterm elections are the most important elections. The President has limited executive powers, including but not limited to veto power, but does not create legislation. Congresspeople and Senators on the other hand, are the lawmakers who have the ability to create new legislation and/or amend existing legislation.

Working people across this country face a challenge. Both parties make promises but continuously fail the working people of this country. Most politicians are like police. They’re in place to protect and uphold the system, not in place to protect and serve the people. If we vote, we must no longer vote for party but vote for candidates who will advance policies that will benefit the people.

I think this election is going to be very important because we need the right politicians and elected officials in office. I urge everyone to get out and exercise their right to vote.

Elections in the US are rarely more than a choice between the lesser of two evils, particularly on the national level. The 2022 midterms are no exception, however in this case the nature of the “greater evil” is certainly exceptional for our times: The 2022 midterm elections may well be a referendum on the very existence of democracy and free and fair elections in our country.

We cannot sit idly by and allow radical right-wing politicians and their violent and hateful henchmen to halt the progress of society, and ultimately undo all the gains that have been made by labor and associated movements. I urge you, please vote this year, and turn the tide against the flood of hate and greed that threatens to wash away so much of our good work.

As a female who has had her right to bodily autonomy arbitrarily and recklessly taken away after so many fought for so many years for that same right, it is vitally important to show up at the polls and vote. We, as residents of this country, cannot allow those in government who wish to control us for their benefit, to prevail. As it states in the Constitution, the government is here for and by the people. We cannot allow it to be anything else.