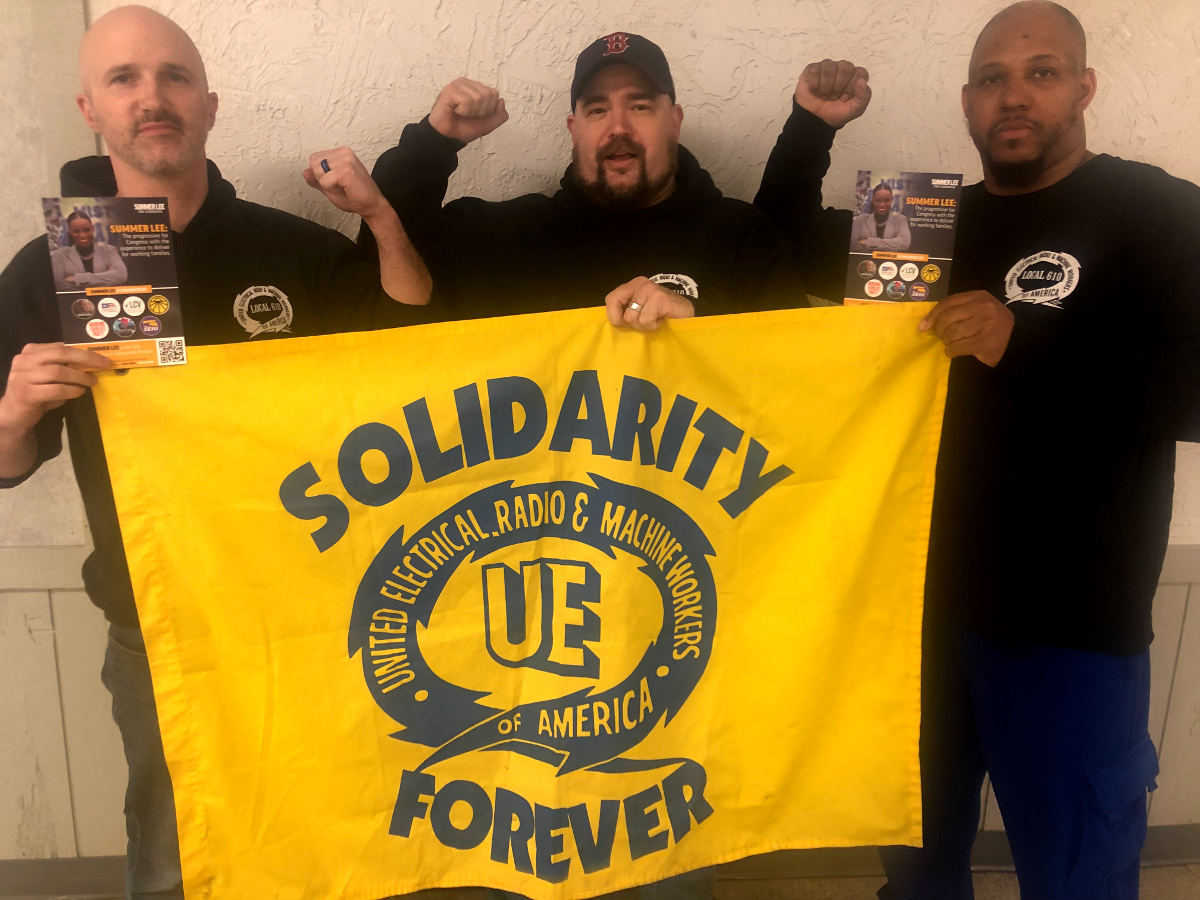 “We know that Summer stands not only for the people but with the people, and we know the power of the people is greater than the people in power,” said Local 610 President Antwon Gibson. “For that reason, UE Local 610 endorses Summer Lee for Congress.in the 12th District.”

Local 610 leaders cited Lee’s strong record of standing up for UE members, other unions, and working-class communities. “Summer has supported 610 and other UE locals in the area for years” said Chief Steward Artie Sinclair. “We stand behind her and her campaign for U.S. Congress.”

“Our communities have been built on the back of strong union members and the political forces that support their agenda,” added Vice President Jeff Kohler. “Summer is one of those forces. She has always been there for Local 610 and other unions both within the 12th District, and outside the district. We strongly support Summer Lee.”

Lee was endorsed by UE’s Eastern Region and Pittsburgh-based Local 667 in February.