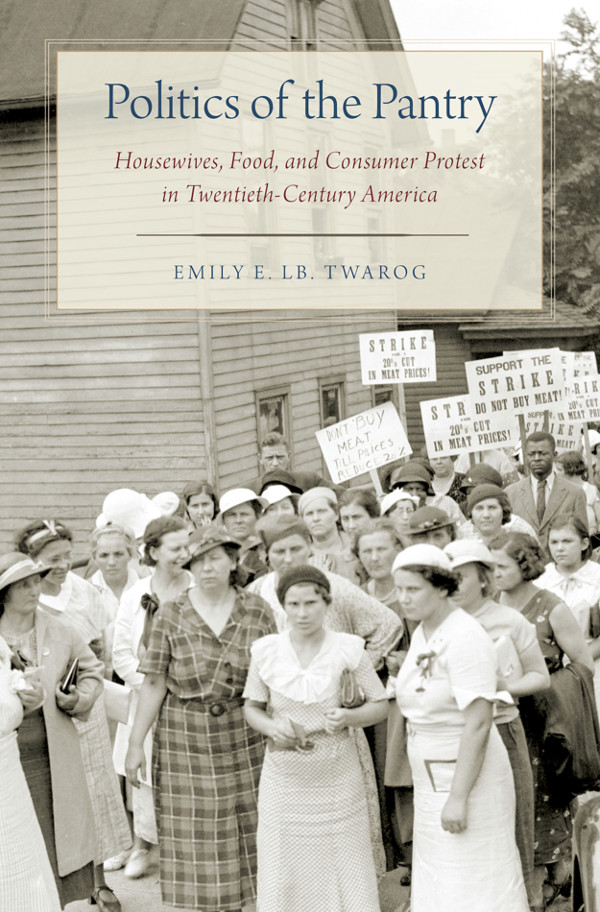 As the National Association of Manufacturers (NAM) eagerly anticipated the June 1947 enactment of the anti-union Taft-Hartley law, they were also celebrating another, less well-remembered victory over labor. In May, the Office of Price Administration (OPA), which had regulated prices of consumer goods during and after World War II, had closed its doors.

A year prior, 75% of Americans had approved of price controls, which they saw as protecting working-class consumers from profiteering and price-gouging by corporations. To counter this, NAM unleashed a $3 million advertising blitz (an unheard-of sum in those days). Taft-Hartley co-sponsor Senator Robert Taft joined in, claiming that price controls were “absolutely un-American.”

The closing of the OPA immediately hit working-class pocketbooks. The cost of living went up 5.5 percent in the next month, and by September the cost of meat — a status symbol, made newly affordable for many working-class families by union wages and OPA price controls — had doubled.

A new book by labor historian Emily E. LB. Twarog, Politics of the Pantry, tells the story of how working-class women throughout the twentieth century created a “domestic politics” that “highlights the inextricable links between labor, community, home and the market.” Women staged boycotts they at times called “meat strikes” to protest high prices, lobbied politicians, worked with government agencies like the OPA—and in the 1930s and 40s, organized militant “Women’s Auxiliaries” of the new CIO unions, including the UE.

The book begins with the story of Mary Zuk, a housewife in Hamtramck, Michigan who had left her job at the Dodge plant to raise two children. Hamtramck was a tight-knit Polish immigrant community surrounded by the city of Detroit. In the summer of 1935, at the height of the Great Depression (and before the UAW had organized Detroit’s auto plants), the housewives of Hamtramck decided to take action about rising prices. As Twarog tells it:

400 of Hamtramck’s Polish working-class housewives—accompanied by some of their husbands—met at the Polish Falcon’s Hall to take action against the cost of meat and other domestic goods, such as milk and heating fuel.

By the end of the evening, neighborhood women had mapped out a boycott campaign with both local and national dimensions. Their strategy was slow escalation … In their letter to President Franklin Delano Roosevelt and Secretary of Agriculture Henry Wallace, they criticized national agricultural policies and “demand[ed] action to reduce the cost of living.” … The housewives told local butchers that if they did not lower meat prices, the housewives en masse would boycott their shops.

Zuk was elected chair of the Committee for Action against the High Cost of Living. Within a month, German, Jewish, African-American and other communities in Detroit had joined the “meat strike,” and it was endorsed by the Detroit Federation of Labor. Zuk led a racially-integrated delegation to Washington, DC to meet with Secretary Wallace, which generated national media attention and helped to prompt a federal investigation into meat prices — albeit one that met behind closed doors.

Meat boycotts spread throughout the country that summer, but eventually faded. Twarog reports, “[w]hile the demand of a 20 percent price reduction was never met, neighborhood butchers were pressured through the boycott to lower their prices.” Zuk’s activism in the meat boycott led her to join the Hamtramck People’s League, a local political party affiliated with the Michigan Farmer Labor Party. Working with UAW Local 229, which was organizing workers at the huge Dodge Main plant in Hamtramck, and UAW organizer Stanley Nowak, Zuk successfully won a seat on the Hamtramck Common Council in 1936, as part of a progressive, pro-labor slate.

The CIO Women’s Auxiliaries and the OPA

As industrial workers flocked to the new industrial unions of the Congress of Industrial Organizations (CIO) in the 1930s, many of the women in their lives formed women’s auxiliaries. A UE Women’s Auxiliary leaflet declared that “Entirely too many people have the idea that a woman’s place is the home … [and that] under no circumstances should a woman take a part in the economic and political struggle of workers. Of course this attitude is heartily approved by the manufacturers and big business men.” Instead, the leaflet urged women that “it is time to throw off the yoke of indifference and take your rightful place beside your husbands in their fight to win better conditions, and to make America a better place to live in.”

As Twarog points out, “The auxiliary movement provided the infrastructure that earlier consumer organizing by working-class housewives had lacked … The CIO auxiliary movement was centered on the principle that the home belonged at the center of the labor movement.” Auxiliary activities — which included political action and strike support as well as consumer activism — were coordinated nationally within many unions, including the UE. In 1943, the national Congress of Women’s Auxiliaries brought together auxiliaries from all of the CIO unions. It was headed by Eleanor Fowler, whose husband, C.W. Fowler, later worked for UE. Fowler was a “relentless voice … in Washington” for working-class women, and in her regular column in the CIO News “called on auxiliary members to support a host of legislative initiatives, chief among them childcare funding, the Fair Employment Practices Commission, school lunch programs and cost-of-living policies.”

When the federal government established the Office of Price Administration in 1941, it relied on a “volunteer army consisting largely of housewives” as volunteer price-checkers. The women’s auxiliaries mobilized their members to volunteer for these positions, and in return the OPA’s “reliance on local housewives empowered consuming women … to act as ‘experts’ on quality and price controls." The OPA also "gave ordinary women new authority as ‘uniquely qualified advocates.’”

Through their affiliation with the CIO, auxiliary members were also part of an organization that had the national clout to contest decisions made in Washington, DC, as when the CIO conducted independent research to challenge the official Bureau of Labor Statistics numbers on which OPA policies were based. Auxiliary members both carried out policies on the front line, and, through organization, provided a grassroots counterweight to policy-makers in DC.

The Cold War and the Move to the Suburbs

After the war, and the political defeat of losing the Office of Price Administration, the CIO women’s auxiliaries suffered more setbacks as most unions, anxious to avoid being labeled as “communist,” shrank from any kind of broader social vision. Twarog describes the effects of this narrowing of vision on women’s auxiliaries:

Rather than embracing the auxiliaries’ domestic politics approach, CIO unions—such as the UAW—cut support for women’s auxiliaries after the war, essentially putting a halt to effective consumer organizing.

Although less and less organizationally tied to the formal labor movement, the domestic politics of housewives continued to percolate among women across the country, including in the vast suburbs that began to be built during the relative prosperity of the 1950s and 60s. Jackie Kendall, who was turned into an activist by the Poor People’s Campaign in 1968, made national headlines with a small group of housewives in the northern Chicago suburbs with a flair for creative street theatre. At the time, dates on food products were printed in codes that merchants could understand but consumer couldn’t. Kendall and her group of “code breakers” — which included future Congresswoman and friend of UE Janice Schakowsky — publicized this fact with direct action:

Schakowsky remembers that they “push[ed] the stock boys against the shelves … [to] make them tell us how they knew to rotate the [stock].” To avoid the sale of potentially expired goods, the women stabbed pencils through packs of bologna and loaded up carts of expired foods to deliver to the store manager.

Twarog closes her book with a lament that the feminist movement of the 1970s, in their rebellion against being forced into being “housewives,” overlooked the progressive domestic politics created by women who used their very status as housewives as a way to organize. In doing so, Twarog writes, the women’s movement alienated many working-class women and ceded “kitchen-table politics” to conservative, anti-labor politicians whose economic policies actually made it harder for housewives to feed and clothe their families.

Politics of the Pantry is a fascinating labor history of women whose unpaid work shopping, cooking and providing for their families brought them into the streets to challenge both corporate profiteering and the idea that “a woman’s place is the home.”

Purchase Politics of the Pantry at indiebound.org »

The UE Women's Auxiliary delegates to UE's 11th Convention, in 1946

Although women’s auxiliaries were primarily made up of housewives whose husbands were union members, membership in UE Women’s Auxiliaries was open to the “wives, mothers, sisters and daughters” of any UE member, and there is some evidence that mothers, sisters and daughters of UE’s significant number of women members also joined auxiliaries. The General Secretary-Treasurer of the UE auxiliaries reported to UE’s General Executive Board in June of 1941 that in Peru, Indiana “The women supplied food and pickets for the girls on strike and I have a report that the strike has ended and that the girls gained what they went out for.”

UE’s approach to consumer activism pulled no punches. In a 1942 pamphlet, “The High Cost of Living and How to Fight It,” UE declared:

The only effective way to prevent profiteering and price rises is for the Congress to pass the right kind of law forbidding price increases and for the President and all his law-enforcement officers to enforce that law.

By this we mean, that when the large corporations and all their outlets have the choice between going to jail or halting price rises, then they will stop profiteering—and not before!