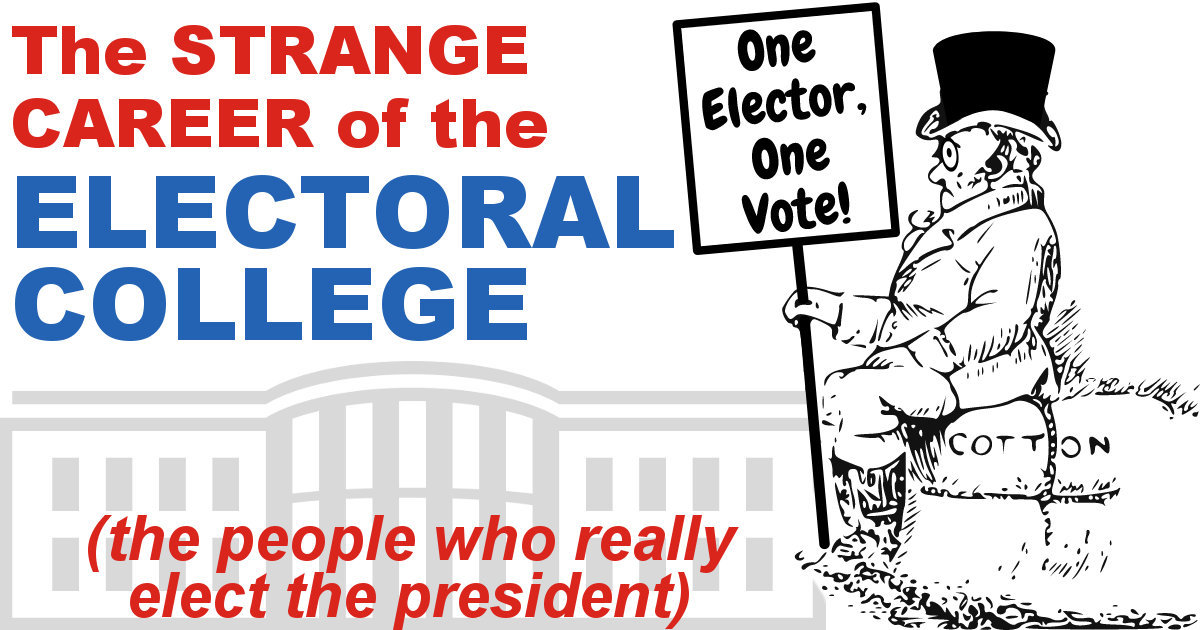 When UE members elect their local officers, there is a pretty simple system: each local member gets one vote, and the candidate who receives the most votes wins. Most nations that elect a single chief executive such as a president use a similar system, albeit on a much larger scale. “One person, one vote” and majority rule are basic to the practice of democracy.

The U.S., however, uses a system called the “electoral college,” in which 538 “electors,” selected by their state legislatures, choose the president. Although in the modern era it has been assumed that states will choose electors pledged to the candidate who won the popular vote in their state, that is not required by the Constitution.

In fact, the electoral college system was devised by the writers of the Constitution — the vast majority of them wealthy and many of them slave owners — to act as a brake on popular democracy. They sought to create a system in which a limited number of “good and wise men” would select the president, insulating the office from the demands of working and poor people. By the 1830s, most states had been compelled by popular pressure to allow a popular vote to guide the legislature’s selection of electors, but the electoral college remained.

The electoral college also propped up the institution of slavery. The infamous “three-fifths compromise,” which granted states the right to count each enslaved person as ⅗ of a person when determining congressional representation, also increased slave states’ influence in the electoral college. Since slave states had vast numbers of enslaved people who could not vote contributing to their congressional representation, this meant that those who could vote — white men with property — were disproportionately powerful in Congress, and consequently in the electoral college, where each state’s number of electors is set by its number of senate and congressional seats. As a result, every president until 1860 was beholden to electoral votes from slave states, and unwilling to take action to rid our country of the nefarious institution of slavery.

Although the “three-fifths rule” was abolished along with slavery after the Civil War, the electoral college still gives states with small populations a disproportionate influence on the electoral college. Wyoming’s population, for example, is less than one sixtieth of the population of California, but its three electoral votes are more than one twentieth of California’s 55 votes. This means that each vote cast in Wyoming has more than three and a half times as much of an impact on the outcome of the presidential election as a vote cast in California. This is one of the things that allows for the oddity of presidents being “elected” despite receiving fewer votes than their opponents, which happened in both 2000 (George W. Bush’s first term) and 2016.

This opinion is not limited to one side of the political spectrum, either. Norman Ornstein of the conservative think tank the American Enterprise Institute told the New York Times, “The more this happens, the more you get the sense that voters don’t have a say in the choice of their leaders. And you cannot have a democracy over a period of time that survives if a majority of people believe that their franchise is meaningless.”