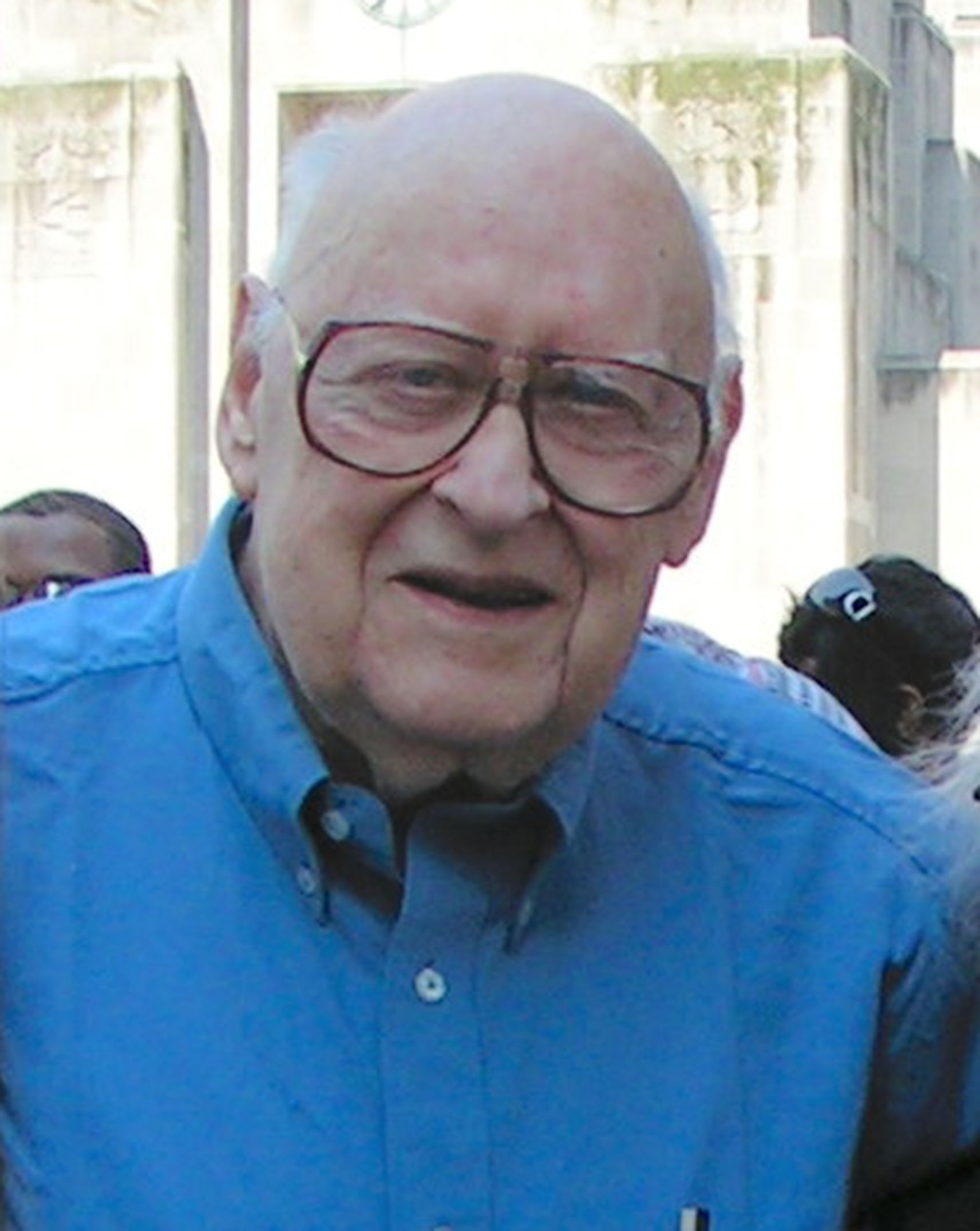 Frank Rosen, who served as president of UE District 11 for 14 years and whose UE membership and activism goes back 65 years, died November 28 in Chicago at age 91. Rosen made tremendous contributions to improving the lives of UE members and all workers, as well as to the peace, civil rights, and consumer rights movements.

In 1951 Rosen took a job as a machine operator at Goodman Manufacturing, a company that built heavy mining equipment. He worked his way up to maintenance electrician during his 15 years in the plant and held a variety of positions in UE Local 1114.  He served on the negotiating committee for 14 consecutive years and helped lead several strikes.  In 1966 Rosen joined the staff of the UE and spent the next ten years assisting UE locals in Chicago and Minneapolis, as well as at the large Allen-Bradley plant in Milwaukee where he helped run the 1970 strike of thousands of workers to secure a decent pension plan.

He was elected president of UE District 11 in 1976 and served in that position until his retirement in 1990. District 11 encompassed much of what is now the Western Region in the Midwest, and included UE locals in Illinois, Wisconsin, Minnesota, and in later years, Iowa, South Dakota and Nebraska.

It was during the political tumult of the post-WWII years, and in the resistance to the intolerance and attacks on civil liberties during the McCarthy Era of the 1950s, that Rosen developed a friendship with the late Harold Washington.  Many years later, the Rosen family played an active role in Washington’s successful 1983 campaign to become Chicago’s first Black mayor, organizing both labor and community support.

Rosen was an outspoken early opponent of the Vietnam War and went on to organize significant labor union opposition to the war.  As a speaker at a small anti-war demonstration in the mid-1960s, he accurately predicted that their numbers would grow and they would stop the war.  He was an active member and leader in a number of peace organizations throughout his life.

In the face of racial turmoil in Chicago in the 1960s and 1970s, Rosen worked with his wife and others to form the Southwest Community Congress (SCC) to build relationships across racial and neighborhood divides. It was their work with SCC that led to opportunities for Harold Washington to engage with residents of the Southwest Side, an area of the city that was generally hostile to his mayoral candidacy.

In the 1970s, Rosen was a founder of the Labor Coalition on Public Utilities (LCPU), created to take on the price-gouging and under-investment in infrastructure by the major utility companies. In this role he met and worked closely with Ralph Nader. LCPU laid the groundwork for the creation of the Citizens Utility Board (CUB) which continues to fight for the interests of residential utility consumers in Chicago to this day.  Rosen was elected to represent his congressional district as one of the first directors of CUB.

Rosen also marshaled support in Chicago for the grape boycotts led by Cesar Chavez and the United Farm Workers in the 1960s and helped create a national organization, the All Unions Committee for a Shorter Work Week, in the 1970s.

Rosen continued his work with a number of organizations in retirement even after losing his wife and partner of 47 years, Lois Anne (Schafer) to cancer in 1996.  He helped lead the Illinois chapter of Labor Party Advocates in the 1990s, an effort to form a third party to the left of the Democrats, and he was an active supporter of Ralph Nader’s independent campaign for president in 2000.

Frank Rosen was born in Pittsburgh in 1925 and grew up in Cleveland and Miami Beach.  His political views were shaped very early by the experience of seeing his father’s clothing shop in Cleveland go under during the Depression. He joined the Navy in 1943 straight out of high school, attended officer training school at Georgia Tech, and served in the Pacific as World War II came to a close.  His ship was one of the first to visit Nagasaki, Japan after the atomic bomb had been dropped on that city. The utter devastation he witnessed there contributed to his decision not to become a nuclear physicist after getting a bachelors degree at Cleveland’s Case Western Reserve University and doing graduate work in physics at the University of Chicago, both of which he attended on the GI Bill. He would frequently say that he looked around at the height of the Cold War and decided that the world needed fewer nuclear physicists and more people working for a world where the atomic bomb would never be used again.

In a letter to a friend written in his mid-70s, Rosen said of himself: “As long as I am physically and mentally able to do so, I intend to keep on keeping on in struggles for peace, justice and equality in the U.S.A.”  That’s exactly what he did, well into his late 80s until his health made it impossible to continue.  In 2002 he was fortunate to find and marry another partner, Bernice Selden, who shared many of his same interests and goals.

Rosen had learned from one of the great early leaders of UE and his predecessor as District 11 president, Ernie DeMaio. In turn, perhaps Rosen's greatest contributions, through his long life, was as a wise and generous mentor to successive generations of young activists in the labor movement and other social justice organizations. Many a new organizer would come to him for advice and support.

UE General President Peter Knowlton said of Rosen: “Frank Rosen was part of the generation that defeated Nazism and fascism in the 1940s and fought for the freedom and dignity of workers.  His generation built our union and fought to preserve UE and its principles of militant independent rank-and-file unionism when it was under attack by the government and big business.  Frank’s decades of fighting to advance the interests of workers, and for racial justice and peace, set an example that all of us should strive to live up to. We owe Frank a great debt of gratitude. Our deepest condolences go out to his family.”

Rosen is survived by his wife as well as his children Rachel DeGolia, Rebecca Balanoff, and Carl Rosen (the current president of the UE Western Region), six grandchildren and two great-grandchildren.

A memorial will be held on February 4, 2017 at 2:00 pm at The Selfhelp Home, 908 W Argyle St., Chicago IL 60640 (where Rosen lived for his final three and a half years.)  In lieu of flowers, donations may be made to The Selfhelp Home, Circle Pines Center, or U.S. Labor Against the War.