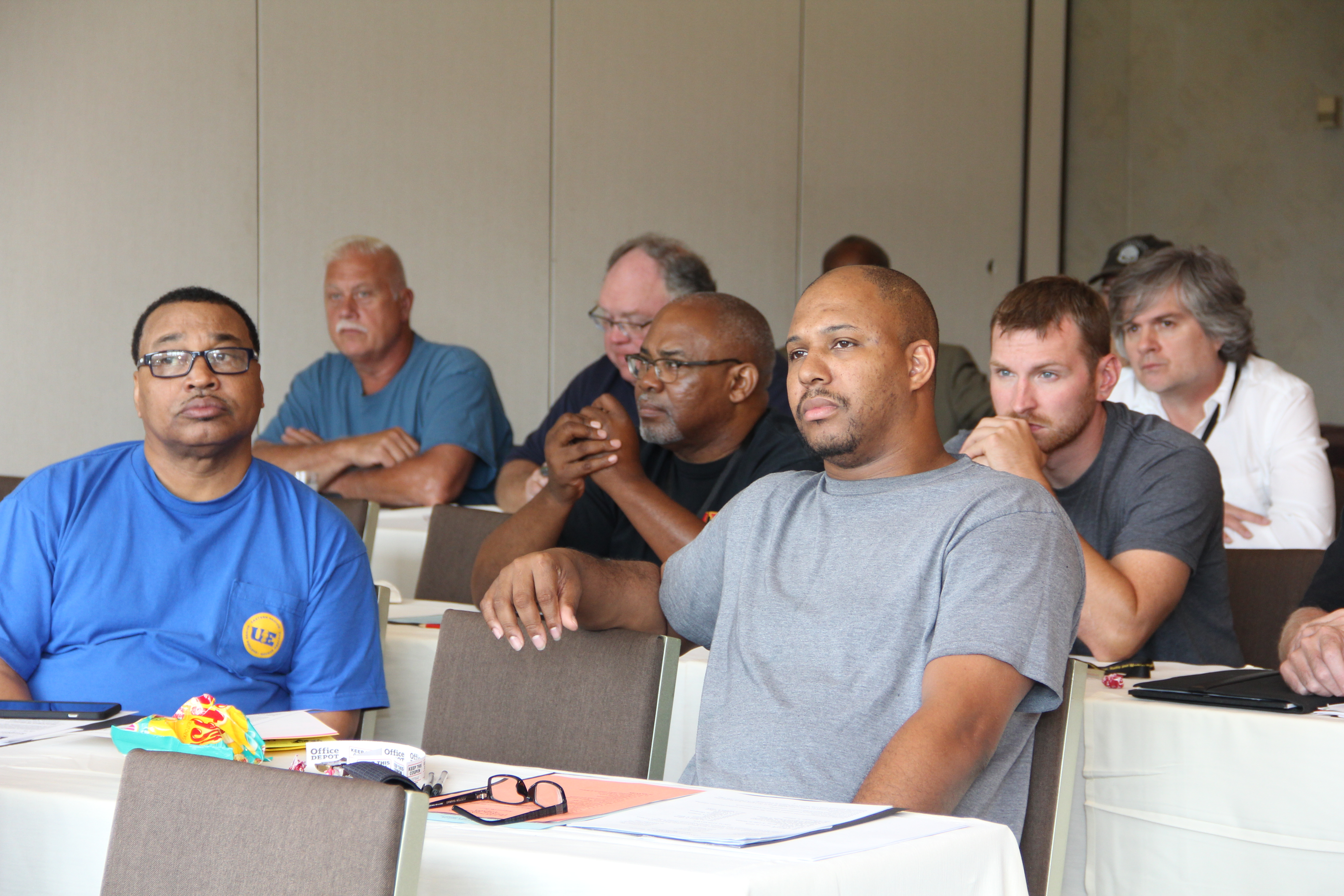 UE's three geographic regions - Northeast, Eastern and Western - had their meetings on Saturday in Pittsburgh, to prepare delegates for the national convention that starts tomorrow.

Delegates heard shop reports about negotiations, workplace struggles and special situations from around the country, from North Carolina to Erie, PA and from Massachusetts to Iowa, and conducted regional business. Highlights from the regional meetings included:

Delegate from Local 506 reported to the Eastern region about the fight against GE’s decision to move work from the Erie, PA plant. Local 506 Business Agent Mike Ferrito observed, “We're probably going to have to get a little more militant” in dealing with a company where “one of the struggles we have with GE is the lack of integrity.”

Delegates to the Western region head a report from Local 893 President Becky Dawes and Bailey Kelley, Local 896, about how UE locals are fighting back against the stripping of collective bargaining rights from public sector workers. The Western Region also endorsed three candidates for office who support and reflect UE’s principles of independent rank and file political action: Randy Bryce for Congress from Wisconsin, Gayle McLaughlin for California Lieutenant Governor, and Jesús "Chuy" García for Cook County Board of Commissioners.

Delegates of the Northeast region heard about contract settlements and struggles in Massachusetts and Vermont, and prioritized allocating funds to provide sub-regions with trainings on handling the locals finances.

UE’s national officers also visited all three regions to help prepare delegates for several important issues that will be discussed during the convention.