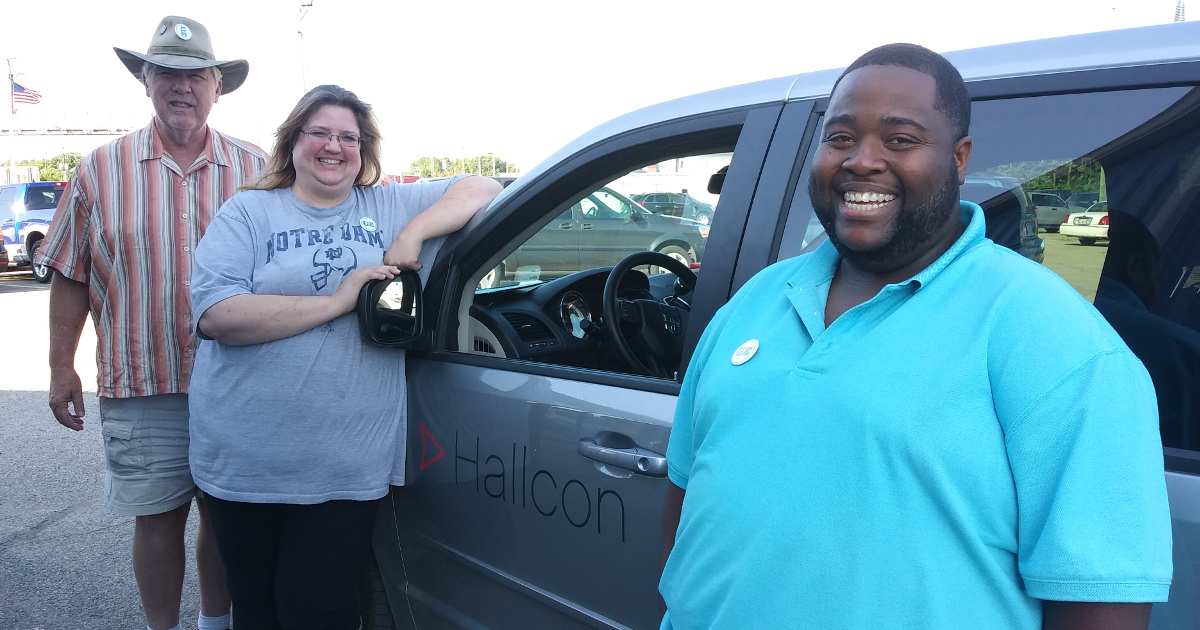 The key issue in the campaign was the utter failure of the company union to make any improvements for workers and to represent them on the job. “We have no union rep, no contact information, no meetings, no nothing,” said James Grant, Jr., a yard driver in Avondale, LA. Without a strong union, “the company does what it wants, when it wants,” said Grant. “We need to be heard and not pushed aside.”

UE’s organizing program offered a way to unite workers in one union to win a living wage, affordable health insurance, on-call pay, and more paid time off. “As drivers, we need a union that will stand behind us, and UE will do just that,” said Kayla Smith, a driver in Vaughn, New Mexico. “I was with UE in California so I know that they are a union that fights for drivers, not like 707 who is in bed with the company.”

Most Hallcon workers currently earn substantially less than $15 per hour. Crew hauling used to be performed by railroad workers and under their union contracts, they were paid decent wages and benefits. In recent years, the railroads have subcontracted crew hauling to companies like Hallcon (and to rival contractors PTI and Rail Crew Express) to ratchet down labor costs.

Elections will soon be held for negotiating committee members to represent the newly organized UE-Hallcon locations. They will join UE Locals 1177, 1077, 716, and 155, adding additional bargaining power and energy to the continuing fight for a fair national agreement with Hallcon.

“The multi-state UE organizing committee did an excellent job signing up their co-workers and getting out the UE vote,” said UE Director of Organization Gene Elk. Rank-and file UE members employed by Hallcon — Laura Johnson, Rob Russell, Missy Gollaher and Jaime Valencia from Local 1077 and Clarence Hill and Larry Hopkins from Local 1177 — also played a key role in the organizing efforts.

The campaign was coordinated by International Representative Mark Meinster along with I.R. Karen Hardin and Field Organizer Sean Fulkerson. Field Organizers Lyndsey O’Day, George Waksmunski, John Ocampo, Maria Alfaro, Gary DeLuke, and Charlotte Bowman all worked on the campaign, many of them spending months on the road. Critical campaign support was provided by Warehouse Workers for Justice (WWJ) organizer Bobby Frierson. “I want to thank all of the staff for their efforts on this organizing victory and for their dedication to building UE,” said Elk.