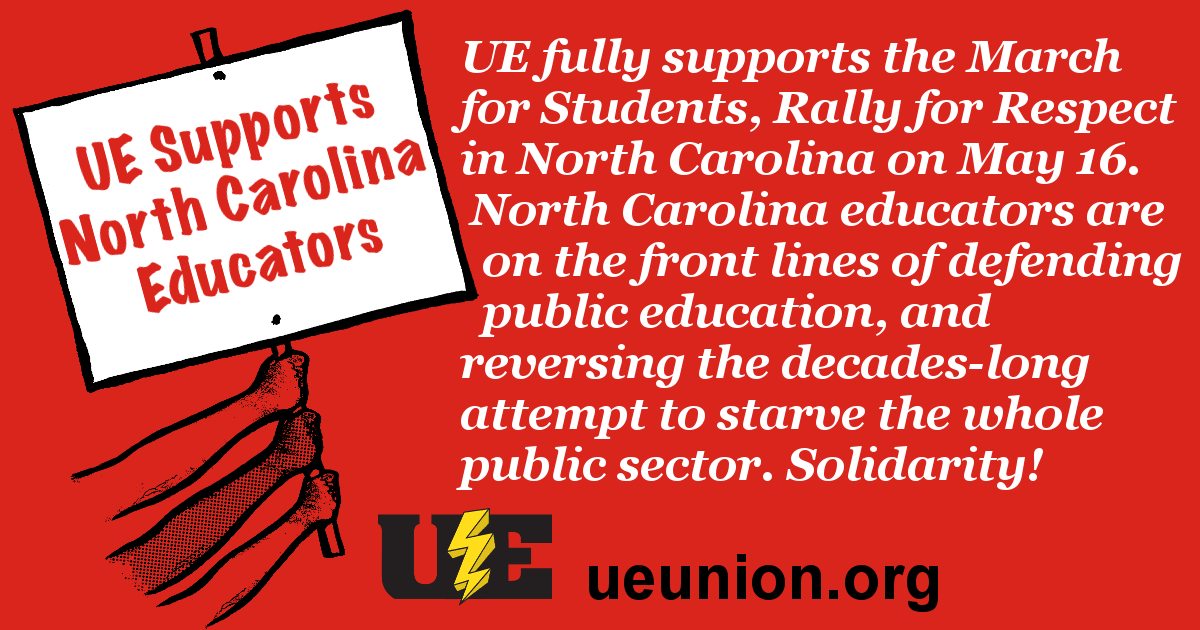 UE fully supports the March for Students, Rally for Respect being organized by teachers and other education workers in North Carolina on May 16th.

As UE delegates to our 75th Convention last August noted, “K-12 public education, one of the most fundamental cornerstones of a democratic society, is under direct attack .... [S]tate legislators are starving public education of adequate funding, driving down the quality of schooling and creating a false perception that public schools provide subpar education.”

Taking action to address this crisis, over 14,000 North Carolina educators are taking personal days in order to be in Raleigh, North Carolina’s state capitol, on the first day of the North Carolina General Assembly, to demand that the state invest in public education. The organizers are rightly placing the blame for substandard education funding where it belongs: on the “billions of dollars in tax breaks [given] to big corporations run by the rich and powerful.”

We salute the educators of North Carolina, who along with teachers from West Virginia, Arizona, Kentucky, Oklahoma, and Colorado are not only demanding long overdue and substantive improvements to their pay and conditions, but are on the front lines of defending public education, and reversing the decades-long attempt to starve the whole public sector.

All working people should be proud when workers take a stand for justice, their work, and their communities. We encourage UE members and all working people in North Carolina to join the May 16th actions, in person if they are able or with online actions.