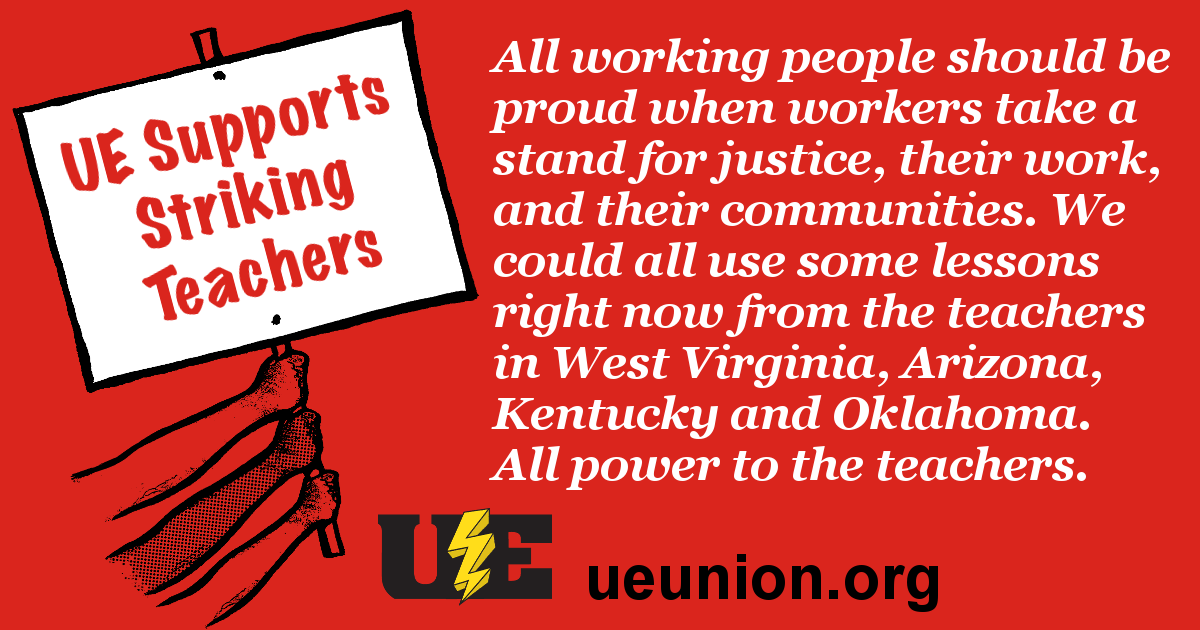 UE fully supports the striking teachers in Oklahoma and Kentucky, and teachers who are contemplating strikes in Arizona.

As UE delegates to our 75th Convention last August noted, “Public-sector collective bargaining rights were won through struggle. In the 1970s a series of strikes happened across the country at federal, state, and local levels. These strikers had no legal protection, and could have been terminated for their participation, but worker unity was strong enough to protect their jobs ... In order to restore what rights have been lost, and to bring them to states where they were never won, worker power must be a credible threat to the employer — we must return to a period of widespread workplace agitation.”

We salute the teachers of West Virginia, Arizona, Kentucky and Oklahoma, who are reviving and continuing the militant traditions and actions of public school teachers. They are not only demanding long overdue and substantive improvements to their pay and conditions, but are on the front lines of defending public education, and reversing the decades-long attempt to starve the whole public sector.

All working people should be proud when workers take a stand for justice, their work, and their communities. We could all use some lessons right now from the teachers in West Virginia, Arizona, Kentucky and Oklahoma. All power to the teachers.