Mexican Unions Speak to Their Cautious Hopes under AMLO 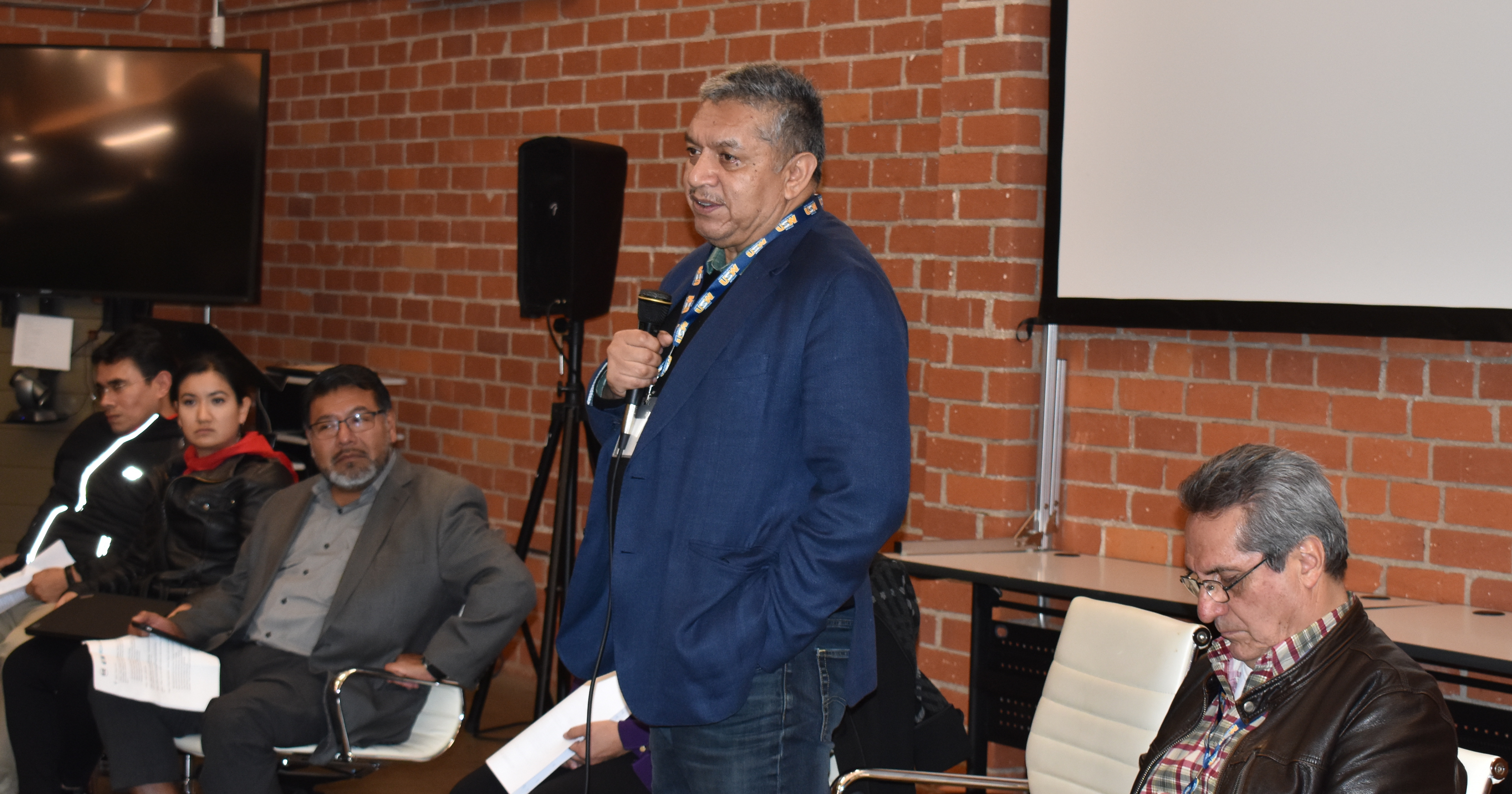 At a mid-December meeting of unions from around North America held in Los Angeles, representatives of independent Mexican unions shared their expectations for working people under the government of the newly elected Mexican President, Andres Manuel Lopes Obrador (known as AMLO). This public event drew many Mexican-American members of the LA community.

AMLO was elected last summer and was sworn into office December 1. His campaign platforms highlighted the concerns of working people, such as the need to increase the terribly low minimum wage and make other reforms to combat poverty. He spoke out against privatization of Mexico’s land, resources and industries that had resulted in enormous profits for corporations at the expense of workers’ well being. This public event provided an opportunity for these unions and worker organizations to discuss the likely trajectory of the AMLO administration’s ability to carry out his ambitious program of transformation.

All of the organizations present expressed their satisfaction at AMLO’s election as well as the need to continue to organize in order to achieve any of his campaign promises. All the leaders expressed hope that AMLO will be able to implement a better system for workers to be represented by democratic union organizations by doing things like getting rid of protection contracts. These bad deals were signed by employers and union officials without the knowledge of the workers covered by the agreements, providing protection to bosses, not workers. Fulfilling other campaign promises will be more challenging though.

Enrique Favela of the Telefonistas, the Telephone Workers Union, noted the goodwill AMLO generated through public actions like meeting with the families of student teachers from Ayotzinapa who were kidnapped in 2014 and never found. His organization is curious to know how AMLO will try to fulfill his campaign promise of bringing the internet to all Mexicans. Building that infrastructure ought to create good jobs for members or future members of his union, but, he said, there’s already talk of splitting up their employer, TelMex, in a manner that would make it difficult for them to represent these workers well.

Jose Humberto Montes de Oca of the Mexican Electrical Workers Union, or SME, is concerned that AMLO will not be able to fulfill his campaign promises because of corruption and squandered resources within the country. Those problems can’t be fixed overnight, he said. “There are no resources to redistribute [to the people] until he reclaims our national wealth.” He encouraged the audience to stay active in organizing for AMLO because “it’s no good to have the right leader if you don’t have an army to support him.”

Other participants in the event included Julia Quiñones of the Comité Fronterizo de Obrer@s, representing women workers in the maquiladores on the US-Mexico border, and Moises Acuna of Los Mineros, the mineworkers.

The event was part of an annual meeting geared towards tri-national union solidarity organized by UE, the Rosa Luxemburg Foundation, and the UCLA Labor Center. The main topics at the meeting were addressing gender violence in the workplace and building power among agricultural workers.