New UE Publication Outlines “Them and Us” Unionism 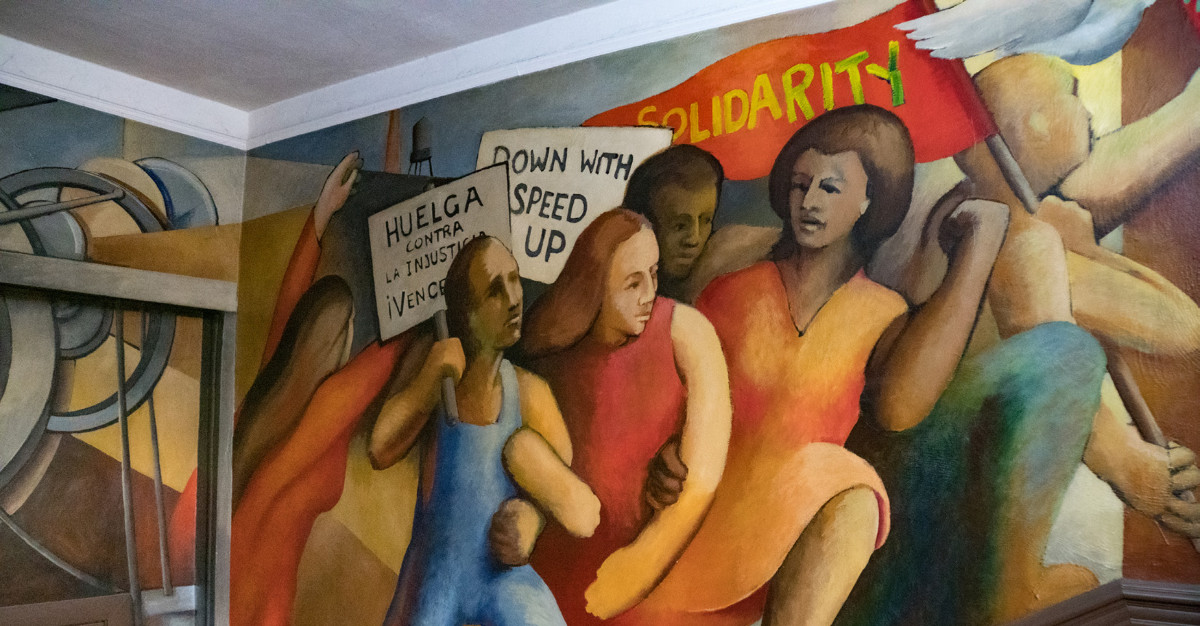 UE is proud to announce the publication of a new booklet, “Them and Us Unionism,” which outlines our philosophy of unionism. We believe that it is time for the broader labor movement to return to the sort of class-struggle unionism that established the CIO and which UE has continued for over eight decades.

“Modern class-struggle unionism won’t look the same as it did in the 1930s, but we believe the same approach to struggle, which recognizes the fundamental difference of interest between workers and employers in the capitalist system, is necessary,” said UE General President Carl Rosen.

Reviewing the new booklet in the magazine Jacobin, labor historian Jeff Schuhrke writes that ‘The US Labor Movement Needs More of the UE’s “Them and Us” Unionism’:

UE’s history and philosophy offer an insight into what the US labor movement could have been in the second half of the twentieth century — and what it could be today. The union is at once a reminder of a bygone, heroic era of labor history, and a prototype of the kind of movement workers can organize in the twenty-first century.

“Them and Us Unionism” is available online at www.ueunion.org/ThemAndUs. Printed copies can be purchased at the new UE Online Store.