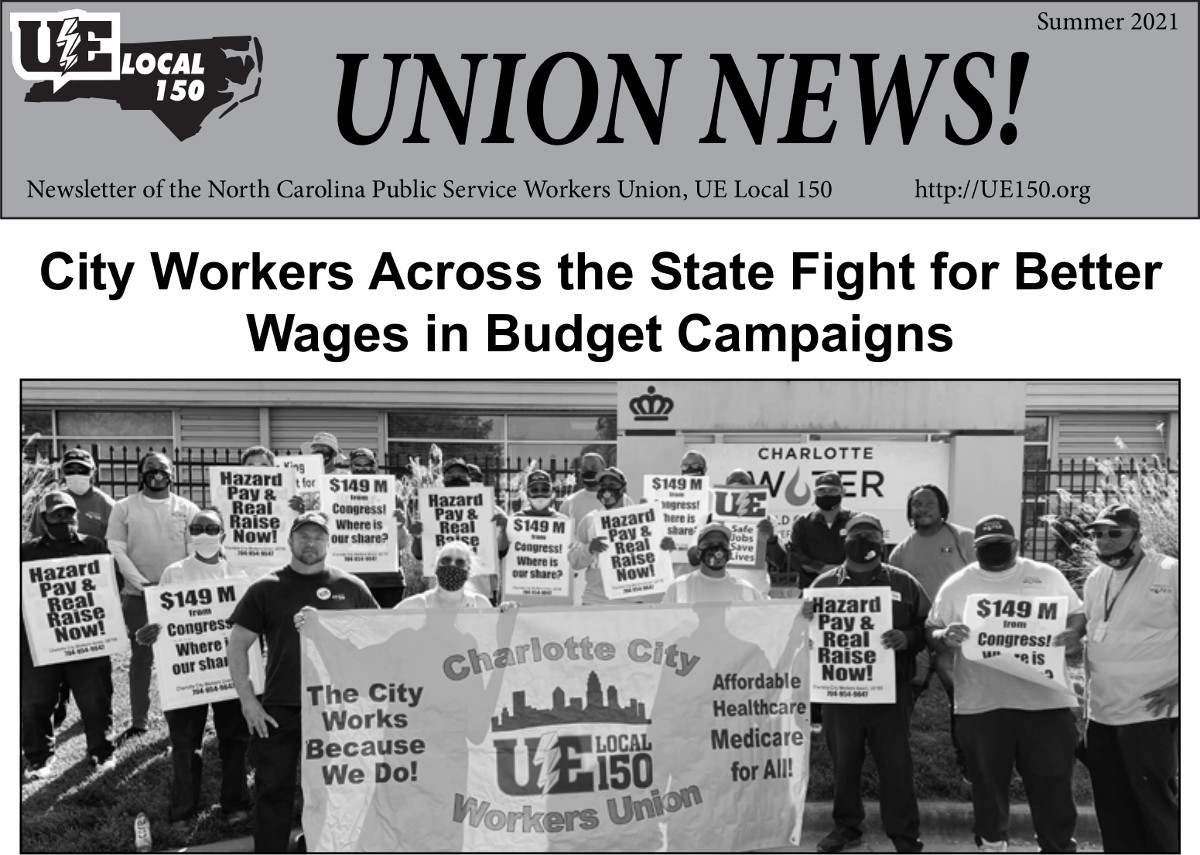 In Greensboro, the city worker chapter’s four-year battle to win a step pay plan took a leap forward when the city manager proposed $100,000 in this year’s budget to start such a plan, with full implementation next year. For this year, workers won a three percent merit raise with new language explaining how merit is determined by departments.

In Durham, union meetings with the mayor, mayor pro tempore and several members of city council resulted in the city doubling its proposed $1,500 bonus to $3,000. Workers will also receive a two percent wage increase. The city manager has agreed to quarterly meet-and-confer meetings with the union, and the chapter is advancing its proposal to overhaul the city’s grievance procedure to make it more fair. The city has also committed to the creation of a new Community Safety Department to respond to 911 calls with mental health workers, social workers and other alternatives to armed police. Sixty positions from the police department will be moved into this new department over the course of the next three years.

Raleigh city workers have won a $17.33 minimum wage for all city workers, and merit increases of two or four percent.