Local 896-COGS Refuses to be Destroyed by Anti-Union Law 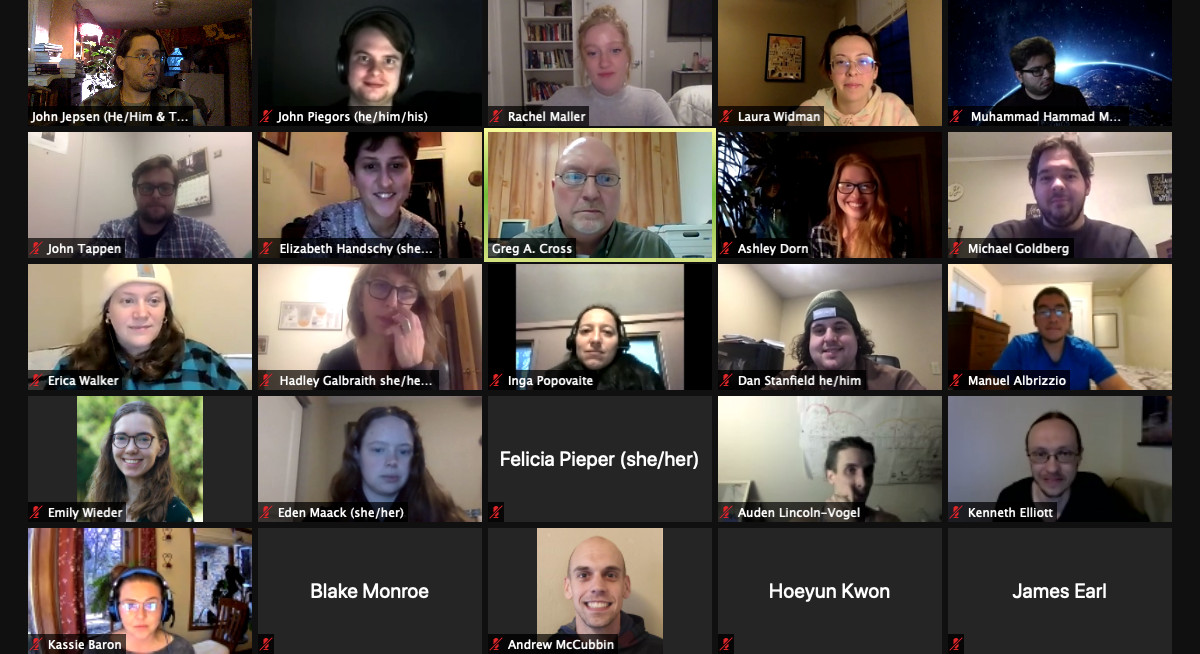 Although their ability to negotiate contracts has been severely limited by anti-union legislation, the members of UE Local 896-COGS are still engaging in aggressive struggle to improve the lives of the 2,000 graduate employees at the University of Iowa.

Local 896 President John Jepsen said that, due to the limitations of the law, their most recent round of negotiations was “more like a square dance” than true negotiations, noting that “there's no innovation in square dancing.”

After two initial public meetings during which the union and the administration each presented their initial proposals, there was exactly one bargaining session. According to Jepsen, the lawyer for the administration came in and said, “Look, we're not going to put in any new language, but we bumped our wage proposal from one percent to 1.3 percent — I want to head off any conversation about permissives.”

Due to changes made to the state’s collective bargaining law in 2017, public-sector unions in Iowa can now only compel their employer to bargain over one issue — wages. The law also essentially caps wage increases at inflation, which stood at 1.3 percent in March, though Jepsen points out that the 1.3 percent achieved by Local 896 is more than the 1.1 percent increase that the majority of state of Iowa employees were forced to accept.

After the Republican Party gained full control of the Iowa state government in January of 2017, they rammed through a bill to strip public-sector workers of their collective bargaining rights. The law now prohibits bargaining over many key issues, such as healthcare, and makes all other issues except for base wages permissive. In addition, it prohibits payroll deduction for union dues, making signing up members a cumbersome process. UE’s officers denounced the legislation as “a bill aimed at destroying public sector unions.” 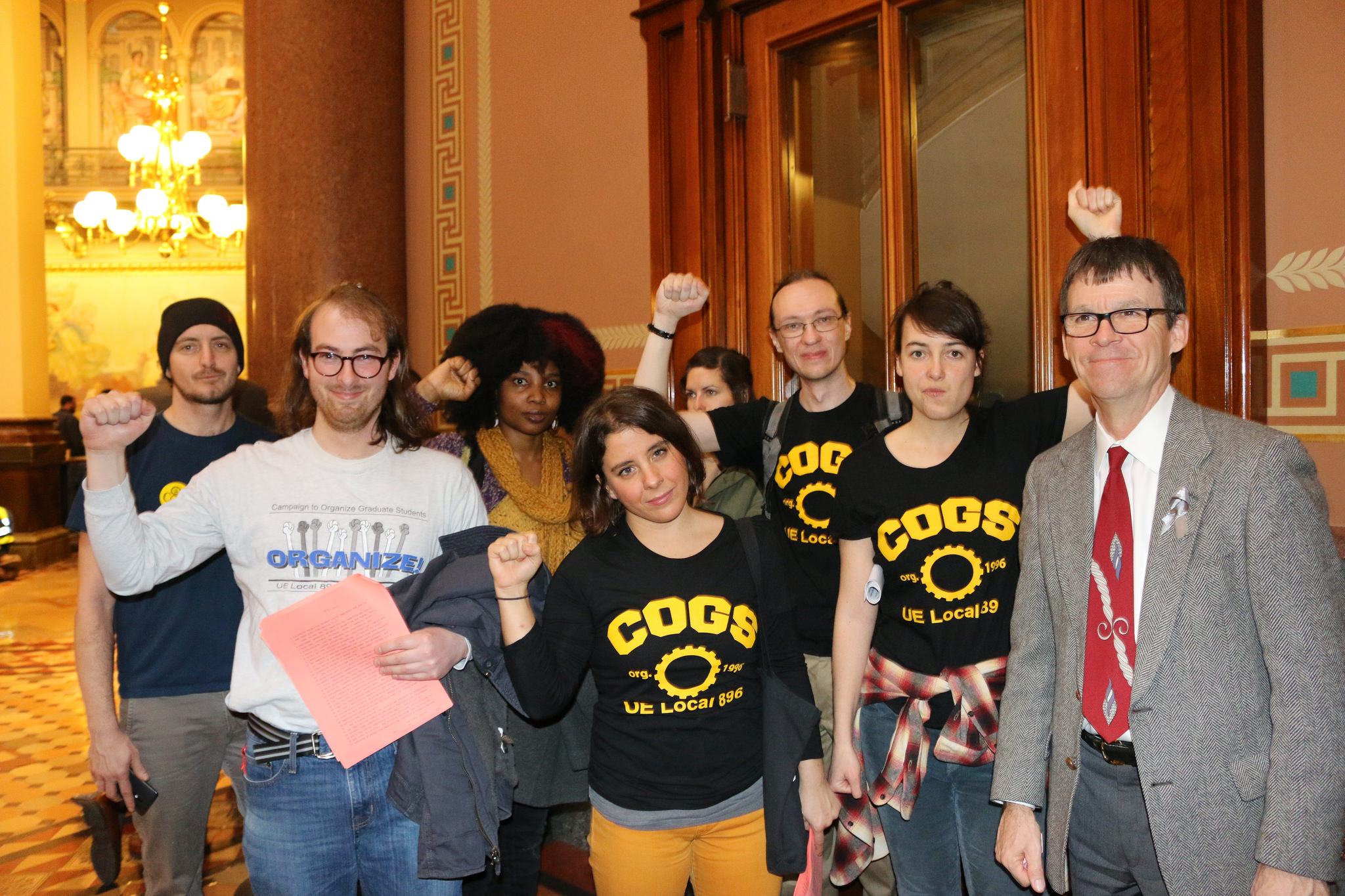 Although Local 896’s contract, like many other contracts, has essentially been reduced to one page on wages, the union was able to convince the university’s Graduate College to adopt a “graduate assistant employment policy” which was a word-for-word copy of Local 896’s previous contract provisions. They have also successfully fought off attempts to cut their healthcare benefits.

Despite the limitations placed on collective bargaining, public-sector workers in Iowa have repeatedly demonstrated support for their unions, which have refused to be destroyed. Local 896, along with UE Local 893-IUP, which represents over 2,000 state social workers and scientists, won the “recertification elections” required under the law by large margins in both 2018 and 2020.

“Making the union an organization that is dedicated to social justice”

Faced with this situation, the Local 896’s executive board “has really been ... racking our brains” said Jepsen, trying to figure out “if we can't get power at the bargaining table, because of the laws in Iowa, where do we get power? The answer of course is membership and organizing.”

The union has also been actively building coalitions with other organizations. Last summer, as protests for racial justice swept through the country, the local actively supported rallies and marches organized by the Iowa Freedom Riders, the Black Lives Matter group in Iowa City, and assisted them with lobbying the city council. As the University of Iowa resumed in-person classes in the fall despite the pandemic, the union worked with adjunct faculty, students, and community members to draft an “instructors’ pledge” not to put students' lives in danger.

The local has also worked with the Catholic Worker House and Iowa Citizens for Community Improvement, and partnered with a variety of community organizations to do education and get-and-the-vote work during the 2020 elections.

“Making the union an organization that is dedicated to social justice and allying itself with groups that pursue social justice, that's really where we're going to be able to build power on campus to be able to effect real change for our membership,” said Jepsen.

All of this work has “absolutely” driven greater membership engagement, according to Jepsen, and the local’s membership numbers are now at their highest point since the 2017 law went into effect. “We have lots of people at every meeting,” Jepsen said, “people who are passionate about trying to make our campus a better place.”