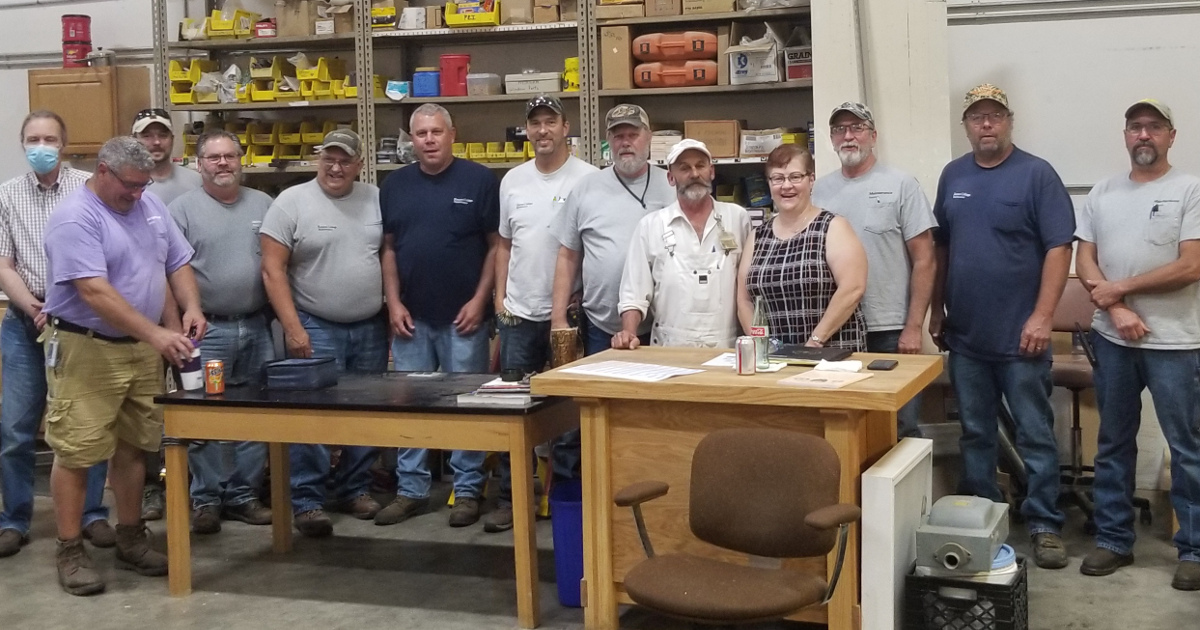 After three months of negotiations, members of UE Local 712 ratified a new contract at the end of August that will raise wages, improve retiree health insurance and provide new benefits for members who go on active military duty. Local 712 represents maintenance workers at Kenyon College.

The new contract will raise wages by 2.5 percent each year of the three-year contract. The contract also continues to chip away at the step system for wages that the local has had since 2012, by increasing both the starting wage and the amount of the step increase in the first year. “It’s still a three-year step but we improved the rate at which the steps increase,” Local 712 President Bob Smith told the UE NEWS.

In what Smith called “a huge improvement for retirees,” the contract also switches to a new Medicare supplement plan which will cost less than half of what their previous supplement plan cost. The employer will also begin to contribute $2,000 per year into an Ameritide Etna plan for workers to use to purchase the supplement after retirement. While sufficient for younger workers, this approach alone wouldn’t have provided enough money for workers who are close to retirement age. The committee took the proposal back to the membership to have them vote it down; after they did, the college agreed to add a one-time lump sum payment for any member who will turn 55 before the end of the contract.

The local also won a new military leave section in the contract; any member who is called up to active duty in the military will now receive from the college the difference between their regular pay and their military pay, so that they will not have to take a pay cut when serving their country.

New language in the contract provides that any member who is skipped for the overtime call-in list will get paid as if they had worked the overtime. Smith explained that the local has had problems over the years with management not following the overtime call-in list properly; this new language gives them a stronger incentive to follow the contract. “We've been trying to get that for years and were finally able to get that accomplished,” Smith said.

The new contract also institutes a new short-term disability plan, which the employer will pay the entire cost of, increases the uniform allowance by $30 per year, and improves the bereavement leave by providing five days for any covered family member (previously it had been five days for some family members but only three days for others).

The local welcomed management’s proposal to add diversity and inclusion language to the contract, but successfully fought off management’s attempt to add a “management’s rights” clause to the contract — something Local 712 has never allowed in their contract. “We’ve stood firm on the fact that we don't want it,” said Smith.

Smith attributed the local’s successes in these negotiations in part to support from Kenyon students and faculty, some of whom attended negotiations as guests of the union during the latter half of negotiations. He also said the local appreciated a visit from Western Region President Charlene Winchell, who attended two negotiating sessions. After those sessions, Smith said, the employer’s lawyer commented “You guys brought the big guns.”