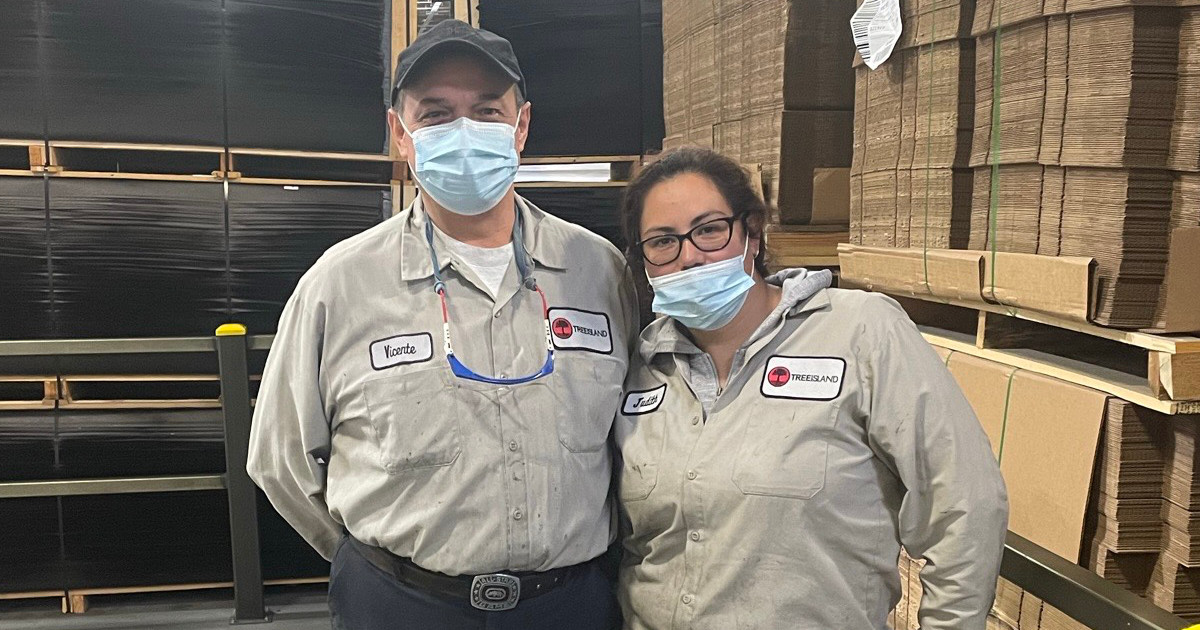 Members of UE Local 1421 who work at Tree Island Wire overwhelmingly ratified a new five-year contract in November which improves wages, the shift differential, and retirement benefits, and grants additional paid sick leave for members to use for COVID-related reasons.

In September and October 2021, workers started organizing and preparing to launch their contract campaign. The union was able to recruit new young union members to step up, and along with senior members, they established a strong contract campaign. Over the course of negotiations, members wore union t-shirts, buttons and stickers in the shop, collected signatures on a shop-floor petition in support of the union’s contract demands, and sent a delegation to contract negotiations.

Member action was able to improve the wage progression in the wage scales and help younger workers get to the top rate sooner. Raises ranged from 45 cents to $1.50 per hour, depending on years of service. New workers and current employees who are below the top wage will receive up to $1.50 each year of the contract until they reach the top level in their wage scale. This was a goal embraced by the whole membership, as they understood that the whole shop will benefit more in subsequent contract negotiations if all members are at the top rates of the wage scales.

The shift differential was increased from 35 cents to 50 cents, which benefits many of the more senior workers, and the company’s 401(k) match was bumped from 1½ percent to two percent.

In a major victory, workers secured additional COVID-19 sick leave. In 2022 and 2023, UE members at Tree Island will get additional paid sick leave that covers both getting COVID-19 and quarantining from exposure to the virus, regardless of whether their exposure was inside or outside the shop. The leave can be used as often as is necessary for COVID-related medical issues, for up to seven days at a time. This was a significant victory for Local 1421 members as Southern California is one of the major hot spots for COVID-19 cases.

Judith Lopez, the Local 1421 Chief Shop Steward for Tree Island, said, “As a Union Bargaining Committee member, this was the first contract I bargained. It was a great experience, and I learned a lot. But I also learned that without our members being united and ready to take action, this employer will never give us anything fair.”

The Local 1421 negotiating committee consisted of Lopez, Jose Vargas, and Vicente Zavala. They were assisted by Field Organizer Fernando Ramirez.