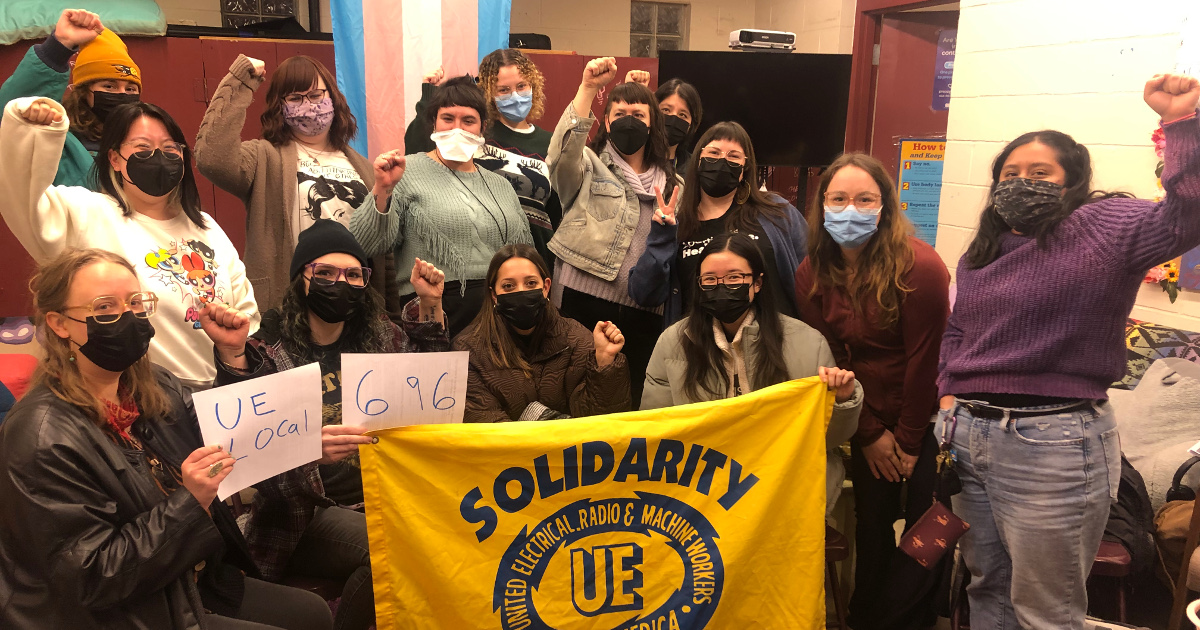 After a 20-month struggle, the members of UE Local 696 at Planned Parenthood of Western Pennsylvania ratified their first UE contract on Monday, December 12. The three-year agreement will raise wages by an average of over $2 per hour in the first year, and guarantees a path to a $20/hour minimum base wage with at least three years of service.

“Frontline health care workers are just notoriously underpaid and even more so for abortion access and reproductive access work,” negotiating committee member Crystal Grabowski told WESA following the contract ratification. “Our roles are underpaid in terms of market rates. So to be able to significantly improve our wages was a huge win for us.”

The contract adds two new holidays (Juneteenth and Christmas Eve), an additional bereavement day, and up to two additional personal days depending on seniority. On-call pay will more than double for licensed staff taking patients’ calls after hours, and the contract includes set of new guaranteed wage differentials in addition to base wages, including language and training differentials, for performing additional duties.

Planned Parenthood workers will now have expanded rights to use extended illness time and a new right to donate sick time to co-workers totaling up to 80 more sick days available each year for employees in need.

The contract also includes a solid grievance procedure, gender inclusivity and a non-discrimination clause, just cause protections, seniority and recall protections, and health and safety language. There is language to help guarantee a strong union, including union security and dues check-off, paid union orientation for new hires, and paid time for elected union representatives to conduct union business.

Other benefits already offered to union employees prior to contract like paid parental leave, current health insurance rates, and travel expenses are now all codified and guaranteed not to change during life of agreement.

Look for additional coverage of Local 696's 20-month first contract campaign in the next issue of the UE NEWS.