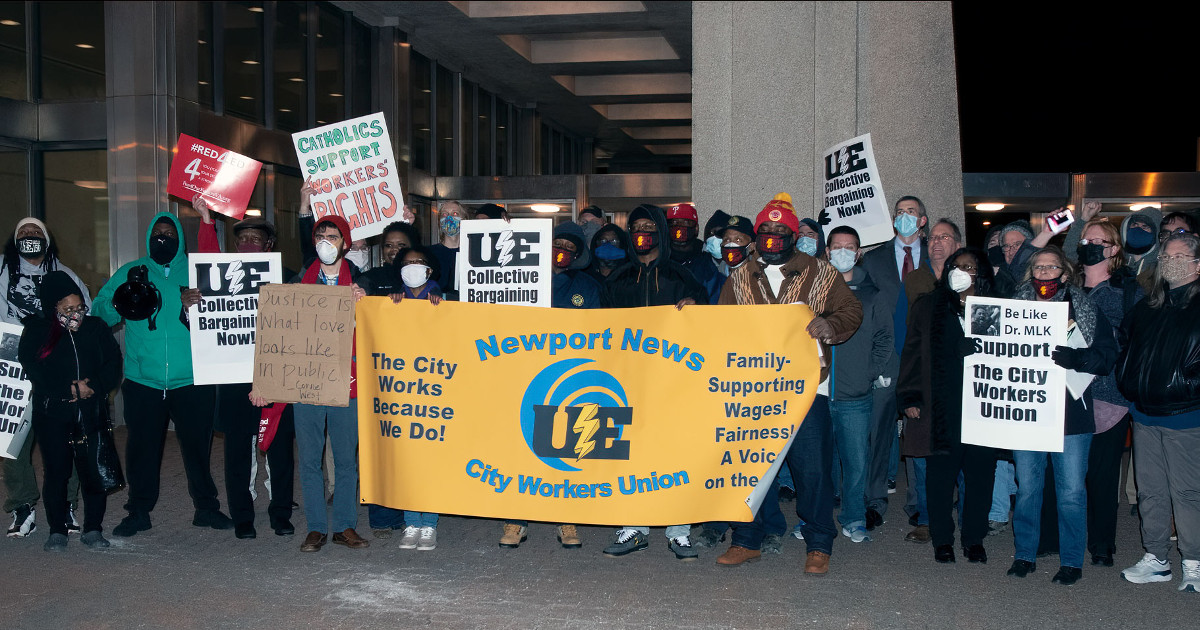 On Tuesday, January 25, the newly formed Newport News City Workers Union (UE), joined by supporters from the faith community, rallied before a City Council meeting demanding a real voice for livable wages, safety, dignity, and an end to institutional racism on the job.

Held the week after Martin Luther King, Jr. Day, the rally honored Dr. King’s real legacy by asking the Newport News City Council to pass a resolution in support of collective bargaining. Dr. King was assassinated while in Memphis, Tennessee, in support of a sanitation workers’ strike sparked by the deaths of two Black city workers, Echol Cole and Robert Walker, who were killed on the job by a malfunctioning truck.

“We are here for collective bargaining for livable wages,” said Martin Carden, a senior equipment operator in the solid waste department. “We don’t make a lot of money. Why not pay us what we are worth?” He noted that “People are leaving and they are not coming back. The wages are not competitive.”

A new law, effective since May of 2021, allows municipal workers in Virginia to exercise the right to collective bargaining once their city council passes a resolution supporting it. Five local governments across Virginia have passed such resolutions to date. The new law partially overturns the state’s ban on collective bargaining by public employees, a racist legacy of the Jim Crow era. 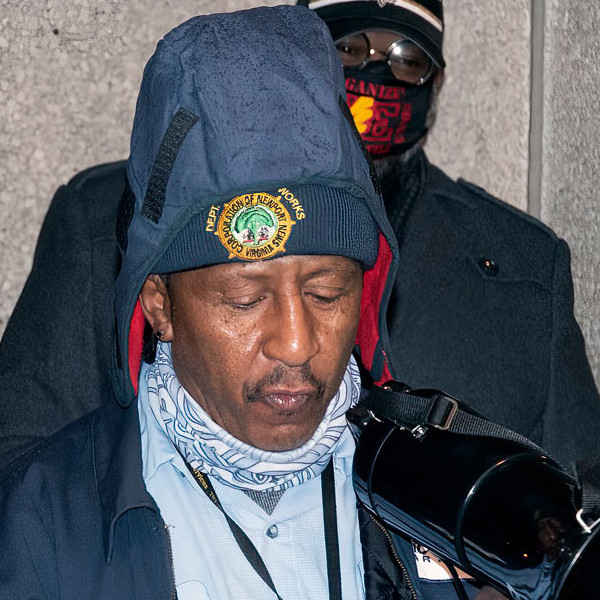 In November, the Commonwealth Institute for Fiscal Analysis released a report that found that five out of six city employees in Newport News cannot afford to raise even a single child within the city limits. This was born out in workers’ testimony.

“I have been a city worker for 17 years and I am from Newport News but I live in Hampton because I can’t afford to live inside this city,” said Romell Smith, a master equipment operator in the solid waste department. “If we are good enough to work for the city, we should be good enough to live in the city,” added Keith Graham, a construction and maintenance worker in the stormwater department.

Graham also pointed out that “Collective bargaining would address the nepotism and favoritism that plagues our city workers, who are passed up on promotions that are well deserved.”

“I pray you see the value of their employment” 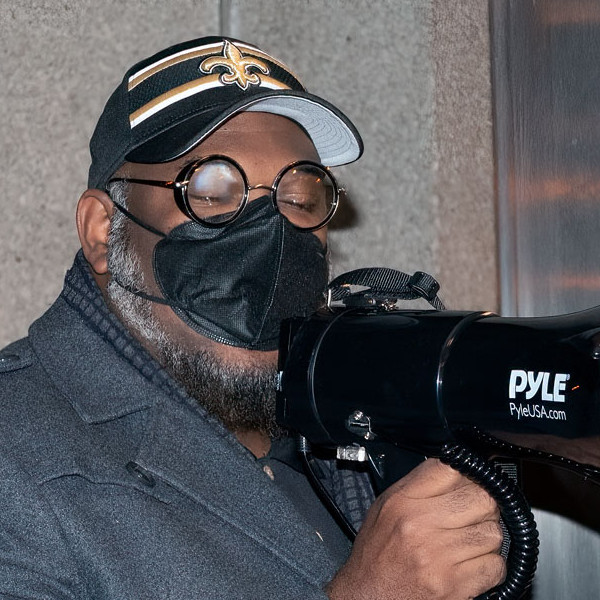 Rev. Tremayne Johnson, a minister at Zion Baptist Church, spoke in favor of the workers’ demands, declaring that “City workers keep working. Keep operating. Keep coming. Keep performing. Keep getting up and keep functioning. But they should never have to keep struggling if there is a proper mechanism in place where they are also benefiting because they work hard.”

Mark Hoggard, a pastoral associate at Immaculate Conception Catholic Church, noted that “Since 1891 the Catholic Church has supported workers to form unions to improve their wages and working conditions. The experience of history shows that organizations of this type are an indispensable element of social life especially in modernized industrialized societies.”

“Every American should have the right to collectively bargain,” said City Council member David Jenkins. “And you should not have to give up that right when you work for city government.”

The president of the Newport News firefighter’s union, Jordan Bond, announced that “The members of the International Association of Firefighters Local 794 are here tonight in solidarity with the other city department unions. Their fight is our fight. Collective bargaining in the City of Newport News will give the employees of the city a say in how they are treated and compensated.”

Several other prominent local faith organizations also showed up in support of the city workers’ demands, including members of the Tidewater Sowers for Justice and the Dismantling Racism Working group, a coalition of area Catholics.