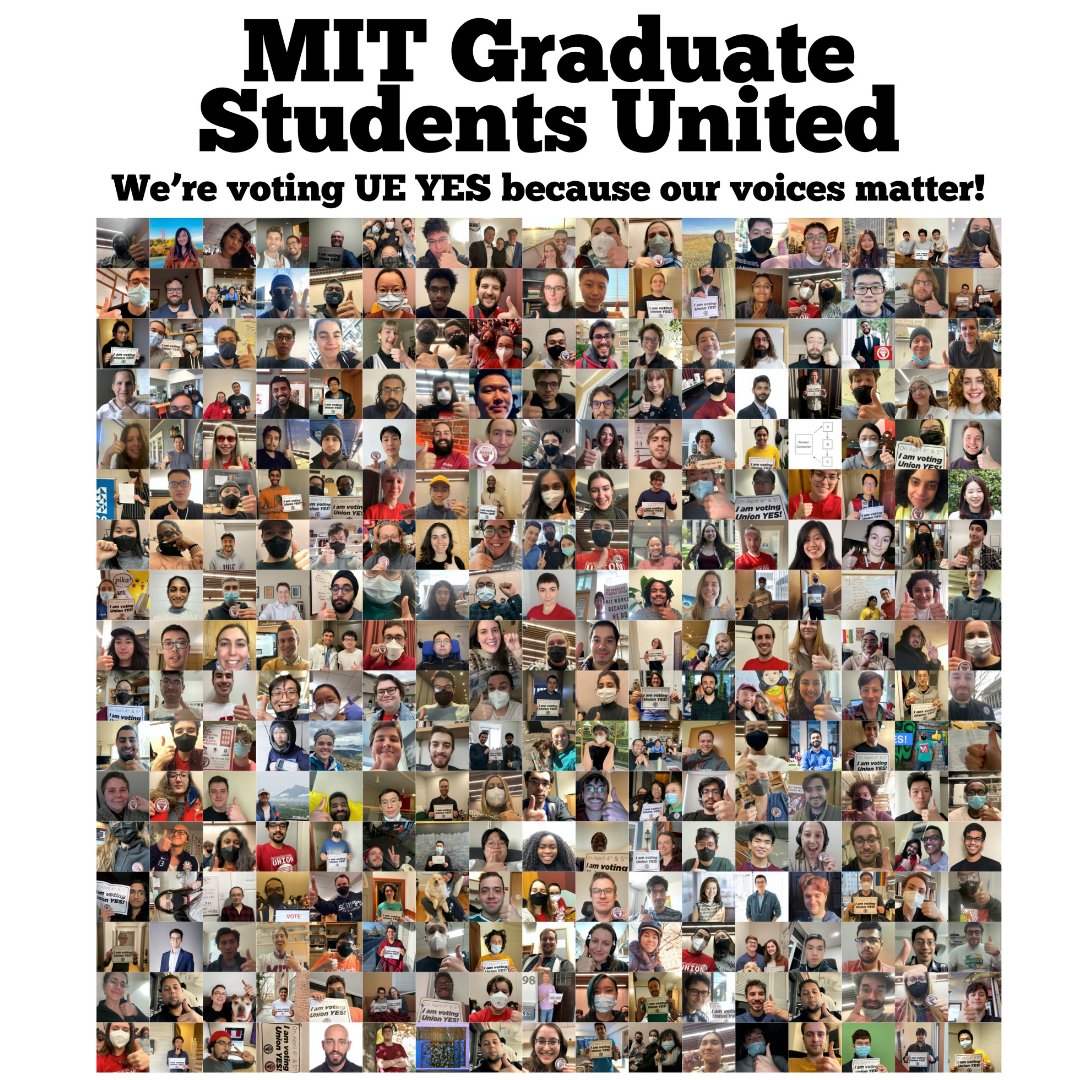 In one of the biggest NLRB election wins of the past few years, almost four thousand graduate workers at the Massachusetts Institute of Technology voted on April 4 and 5 to be represented by the MIT Graduate Student Union/UE. The union’s margin of victory was 1785 to 912.

The campaign was a true rank-and-file organizing effort, with graduate workers running every aspect of the organizing campaign.

MIT graduate workers organized to address harassment, housing insecurity (MIT is one of the largest landlords in Cambridge, where rents are among the highest in the nation), and insufficient access to medical care. MIT’s failure to address demands raised by the Black Graduate Student Association in 2020, which were widely supported by the MIT community, also played a role in building support for the union. (The BGSA overwhelmingly endorsed the union effort in January.)

Graduate workers at MIT work primarily as research assistants, in addition to teaching undergraduate classes, and many cited being able to carry out their research free from harassment, unreasonable work expectations, and financial insecurity as a major reason to support the union. Collective bargaining will “make a better MIT for us as scientists,” MIT-GSU member Adam Trebach told WBUR after the victory.

MIT-GSU members also noted that their win is a victory for the future of organizing in scientific fields and the tech industry. Graduate research assistants have historically been excluded from many graduate employee bargaining units (the UE Local 896 contract at the University of Iowa was the first union contracts to cover all research assistants). The tech industry, which many MIT students will continue to work in after graduation, remains largely unorganized.

In an op-ed published in the MIT newspaper The Tech just prior to the election, MIT-GSU member JS Tan noted that:

For many of us, these lessons won’t end at MIT. We are scientists, technologists, designers, artists, writers, and tinkerers, and we will spend our post-MIT careers working at cutting edge technology institutions all over the world — from global biotech firms like Moderna or Pfizer to bootstrap startups building the future of the internet. We’re inspired by all of our colleagues who will move forward together not only to win our election, but also to bring the community and solidarity that we’ve built over the course of this campaign to workplaces all over the world.

The MIT graduate workers’ union effort received some high-profile support. Longtime UE ally Senator Bernie Sanders (I-VT) recorded a video in solidarity with the campaign, and spoke about it on the Senate floor. Graduate worker unions from across the country recorded video messages for MIT graduate workers, encouraging them to support the union. MIT-GSU also received support from other higher-education unions in the greater Boston area, including the Harvard Graduate Student Union/UAW, and from UNITE HERE Local 26, which represents food service workers at MIT.