UNC Housekeepers Rally for $20 per Hour, End to Pay-to-Work 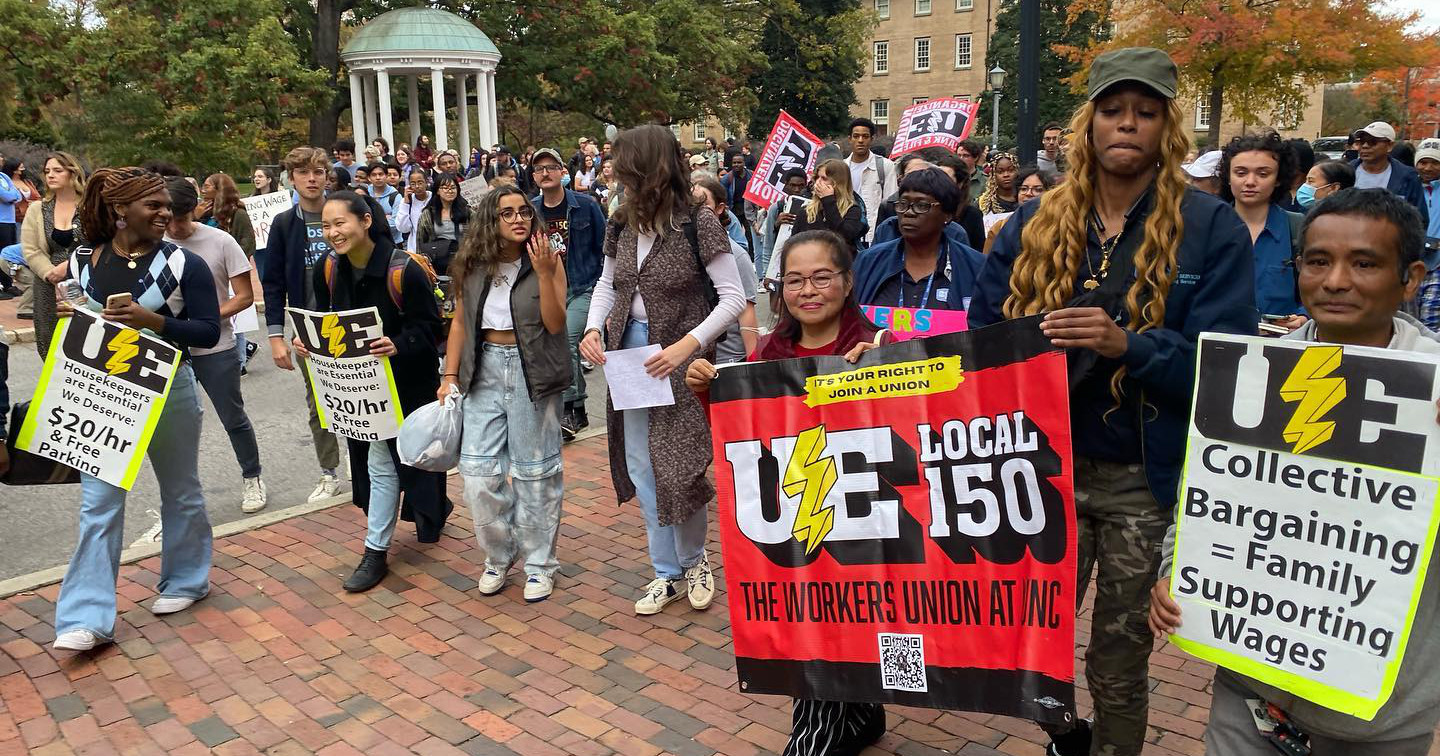 On Friday, October 28, housekeepers at the University of North Carolina-Chapel Hill, joined by over 100 supporters, rallied for $20 per hour and an end to pay-to-work policies.

Organized by the Workers Union @ UNC, a chapter of UE Local 150, the march and rally featured speak-outs from housekeepers as well as statements of support from the Campus Y, Siembra, and The Black Student Movement. The housekeepers delivered 2,100 petition signatures supporting their demands to the chancellor's office.

Housekeeper Robin Lee declared that seeing so many people at the rally “means so much to every housekeeper around on this campus.”

Addressing the importance of housekeepers to UNC, Lee said, “When the pandemic went on, [other] people went home and got paid. I was here. I cleaned 16 dorms. I wiped them down.”

She blasted UNC’s “pay-to-work” policies which require workers to hand a significant amount of their wages back to their employer in order to park at work.

Housekeeper Tracy Harter said that the housekeepers’ demands “is not a want list. It's a list that says this is what we need.”

She described how housekeepers have seen their workloads increase, taking on aspects of floor tech and crew leader jobs, but noted that administrators “don’t want to raise the pay for the raise in work.”

Lee, who commutes 25 miles to work, said that between low wages, the increase in gas prices, and parking fees, she feels like she is in danger of losing her house, which she has owned for 21 years.

“This is going to be a fight like we have not had before,” said Harter. “If we keep our eye on the prize, and keep our commitment strong, we will most definitely win.”

As Lee said, “If we walk out today, who's going to clean this university?” 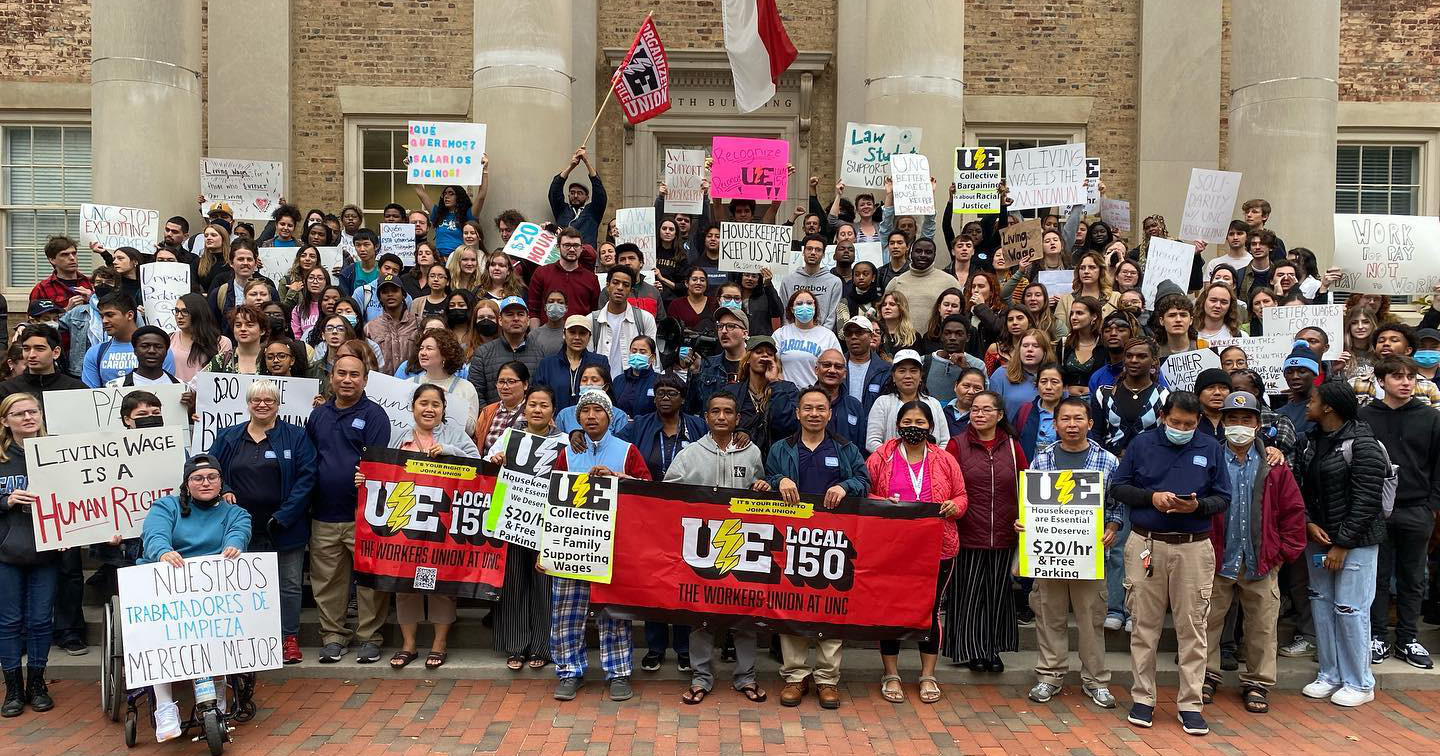