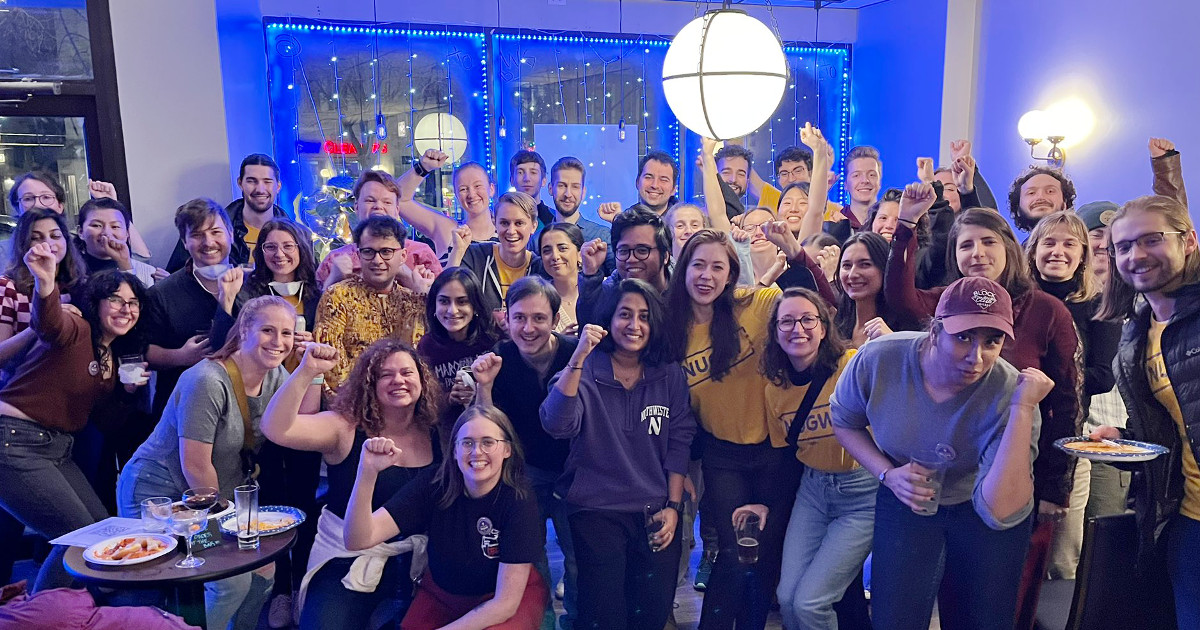 In a National Labor Relations Board election held on January 10 and 11, graduate workers at Northwestern University voted by 1,644 to 114 to join Northwestern University Graduate Workers-UE. They organized to win competitive pay, support for international students, a fair grievance process, sustainable transportation options, and other improvements.

“Northwestern University grad workers woke up on Friday and went to work, just like we have since we arrived at Northwestern,” said Northwestern graduate worker and NUGW-UE co-chair Sara Bowden last week. “But today, we walked into our labs, offices and classrooms and started our days as unionized workers. It may be a very grey and cold January day in Evanston and Chicago, but the future of graduate labor is very, very bright.”

“Even though I always believed that we would reach this point in the fight for a better university, yesterday’s overwhelming victory was unbelievable in the best way,” said graduate worker and union leader Benjamin Zucker. “It is the culmination of years of work amongst some of the most brilliant, passionate people I know, and I’m so happy to be able to leave behind a living, breathing monument to the power of collective action.”

More extensive coverage of the NUGW-UE campaign will be forthcoming in the UE NEWS.