At our session this week we began discussion of the economic items in our contract. We were able to make progress on several issues:

Major economic issues still to be resolved, including health insurance

But several important economic issues remain unresolved, including wage increases, vacations, paid parental leave and staffing. On health insurance, co-op management proposes that they have the right to change providers during the term of our contract. While they propose to maintain the current cost-sharing ratios for insurance, employee payments could be increased under their proposal if the overall cost of insurance goes up. Finally, they propose to continue denying insurance coverage to part-timers.

Our members have made it clear that a major priority in negotiations is keeping the insurance we have and minimizing cost increases. This will be a major issue in bargaining moving forward.

Our next bargaining session is on February 5.

We now have red UE bandanas available for $1. Ask your steward for one, and wear it on Mondays!

UE Local 1186 members were on hand at the Madison Labor Temple on Wednesday night to support UW nurses who are organizing to improve their working conditions and protect the well-being and lives of their patients. 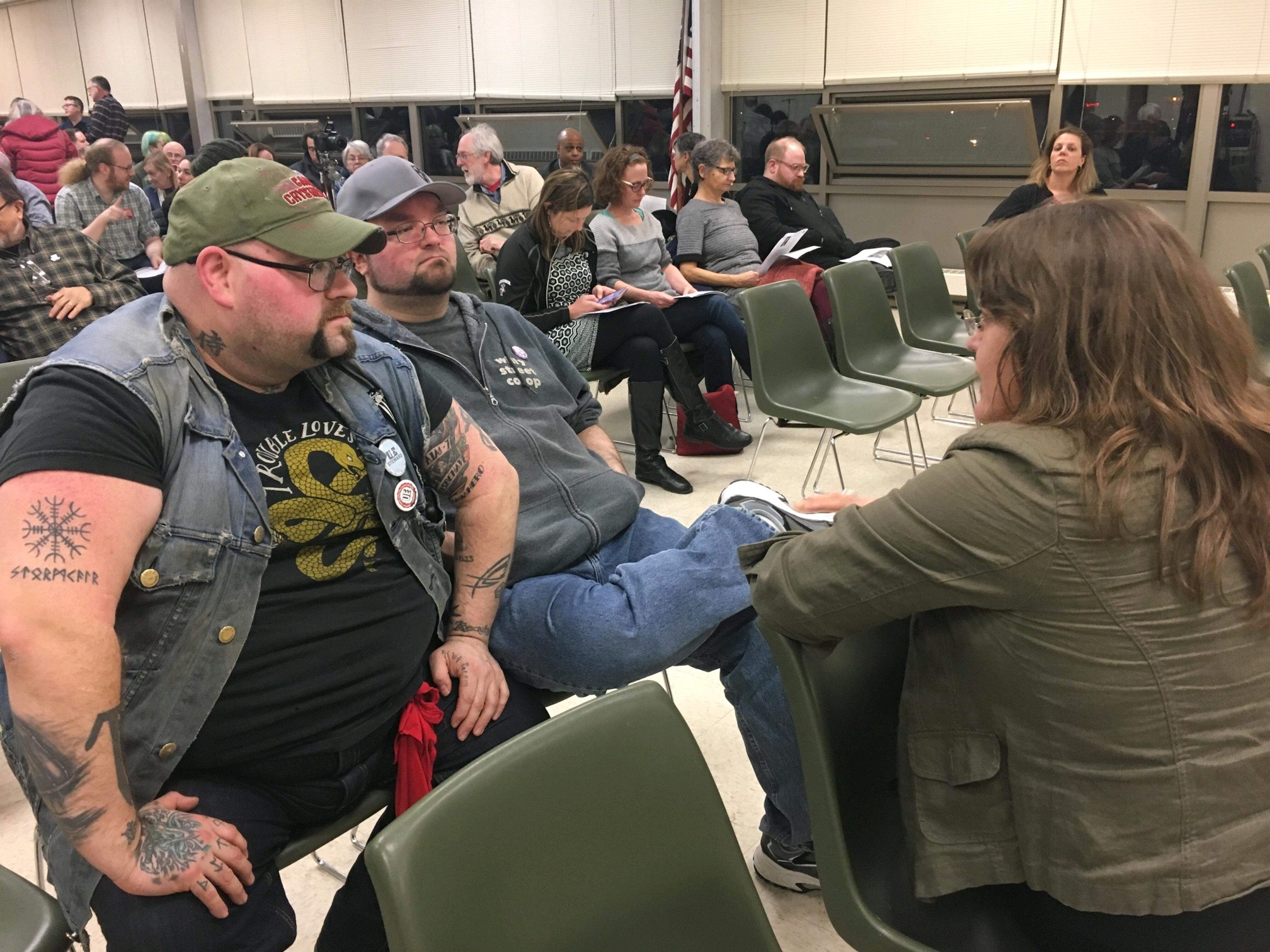 In 2011, as a result of Scott Walker's Act 10, which robbed most public workers in Wisconsin of their union rights under the law, nurses at UW Hospital and Clinics lost the ability to engage in collective bargaining. This has cleared the path for the increasing corporatization of the health care system and allowed it to be ever-more converted into a system run by people who value profits for the 1% over the lives of human beings.

For UW nurses, this has meant a degradation of their jobs, dangerous work loads that put the lives of patients at risk, burnout, low morale, and a staffing shortage. Despite the legal challenges, nurses are coming together and demanding to be heard. It is by uniting and fighting back that nurses will be able to fix the problems at work and defend the lives of their patients.

UE Local 1186 members in attendance at Wednesday's Town Hall meeting signed up to form part of the nurses support committee and will be attending the next UW Hospitals and Clinics Authority Board meeting on February 27th at 1:30 p.m (location TBD) to stand in support of nurses and their union. Stay tuned for more information. We at UE Local 1186 fight not just for ourselves, we fight for all workers!