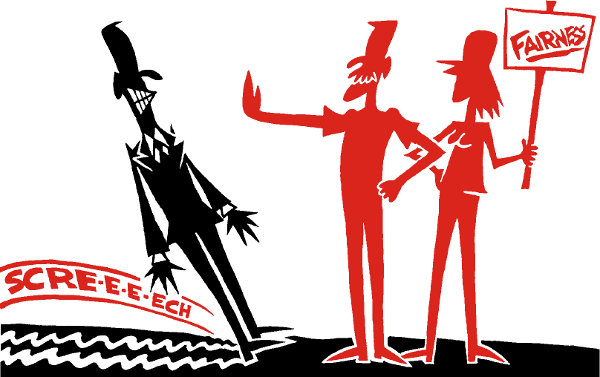 What is Sexual Harassment?

(1) unwelcome sexual advances; or (2) requests for sexual favors; or (3) any other verbal or physical conduct of a sexual nature. Sexual harassment can occur through looks, touches, jokes, innuendoes, gestures, or direct propositions.

Such conduct constitutes sexual harassment when (a) submission is made a term or condition of employment; or (b) submission is used as a basis for employment decisions; or most broadly (c) the conduct has the purpose or effect of unreasonably interfering with an individual’s work performance, or creating an intimidating, hostile, or offensive work environment.

Under the law, men as well as women can be victims of sexual harassment, but in reality it is women who are affected far more frequently. The victim and harasser can be the same sex. The harasser can also be a client, customer or other non-employee.

So, in short, sexual harassment is any unwelcome sexual advance or a hostile work atmosphere based upon sex. The key to all this is, if a woman says "no" or "stop it," then actions that occur after that probably are sexual harassment. The “no” does not have to verbal either. If a boss keeps demanding that a woman worker go out with him, and she walks away from him each time he does it, then that should be taken for “no." For him to keep bothering her is sexual harassment.

What Makes the Boss Guilty?

The employer is liable for the actions of its employees involving sexual harassment under certain conditions. These include the following:

The “higher up” the boss is - who is doing the harassment - then the greater is the company responsibility.

What About Workers Harassing Other Workers?

As a rank-and-file union we must make it clear that we want to make working conditions better for all workers, and therefore we cannot tolerate one worker or a group of workers making life miserable for other workers. This is not union behavior. Our mission is to “unite all workers on an industrial basis, and rank-and-file control, regardless of craft, age, sex, nationality, race, creed or political beliefs and pursue at all times a policy of aggressive struggle to improve our working conditions.” Harassing behavior does not unite us.

While it is the boss’ obligation under the law to create an environment free of harassment, the union wants to be proactive about creating a safe and inviting workspace. It may be necessary for union leaders to directly approach a member alleged to have engaged in inappropriate behavior to educate them on why their behavior is wrong. Many times, this is enough to stop them bothering another worker. If we can handle this inside the union, that is the best approach because it strengthens our organization.

The union’s obligation is to make sure that everyone is treated fairly and gets a fair hearing. If the union determines in good faith that a member was wrong and was harassing another member, then the union has no obligation to defend the harasser.

Every instance of sexual harassment will be unique and creating appropriate responses will require the steward to be thoughtful, sensitive, and resourceful. Below are a few suggestions that should be kept in mind when dealing with sexual harassment.

Quid Pro Quo is Latin for “this for that." This simply means demanding something from a person in return for giving something. “If you go out with me I’ll make sure you get overtime” is something a boss may not say to a worker.

Hostile environment is any unwelcome sexual conduct that “unreasonably interferes with an individual's job performance or creates an intimidating, hostile or offensive working environment." This type of harassment also includes cases where a boss harasses women because he doesn’t want them working on certain jobs, or he allows men to harass the women to get them “off of the men’s jobs.”

UE Local 506 established a Unity Council in the local nearly two decades ago to “challenge discriminatory behavior of any kind.” The local represents nearly 1,500 production and maintenance employees at the GE Transportation facility in Erie, PA. The Unity Council works to resolve member-on-member conflicts before they escalate to the point where the company gets involved, which could lead to disciplinary action. If a member is having a problem with another member, they can contact a member of the Unity Council to report the problem. Members of the Unity Council have been trained to resolve member-on-member conflicts and harassment issues. This is one example of how a UE local is changing the culture of their workplace and their union.