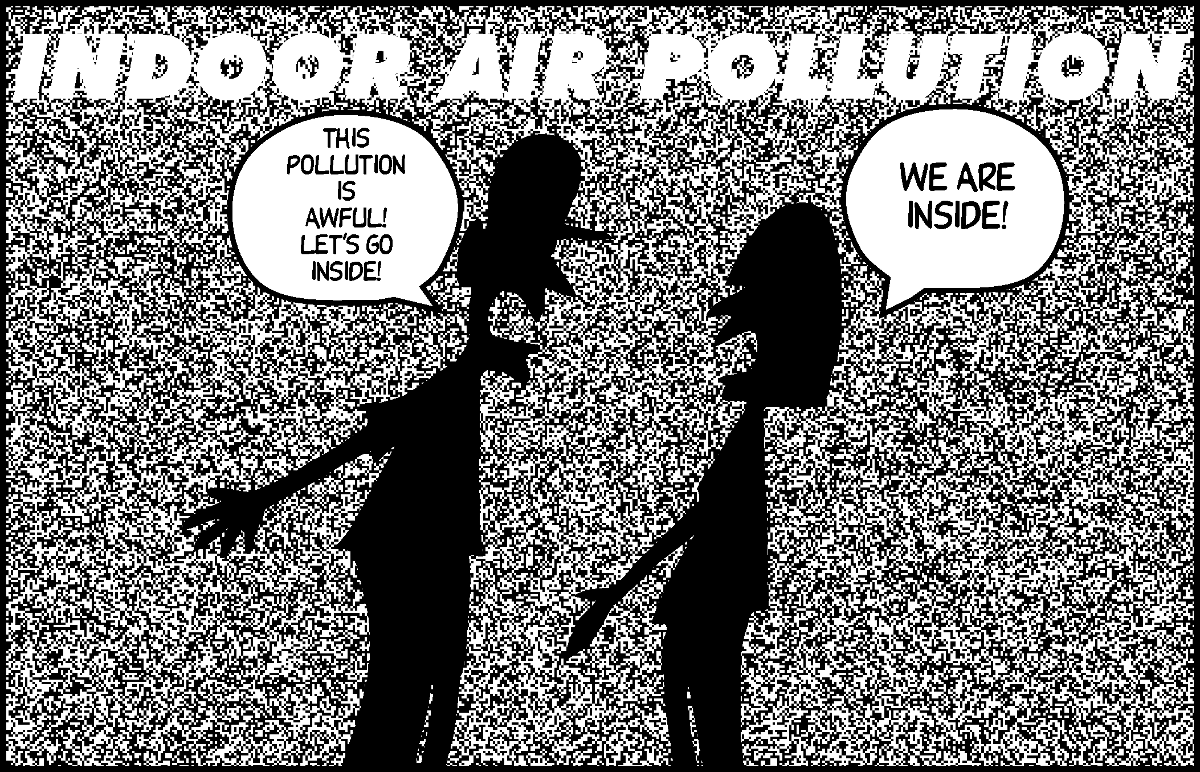 A group of workers in the Town Hall complained to their steward. “There’s something in the air. I never used to get headaches but now I get them every day.” “I have allergies,” Mary says, “but now nothing I take stops me from sneezing. When I get home, things get better.”

“When did this start?” Tony Gramsci, the steward, asks. “I’m not sure,” says Mary, “but around the time it started getting cold.” “That’s right,” says Pete, “Right around the time we were told to keep the doors and windows shut because they were turning on the heating system.”

At Burnemup Machine Works, several workers approached their steward. “We’ve all been sick this year. Several times each, in fact.” “That’s not so unusual these days,” said Ethyl Rosentown, their steward. “We only get sick when we work in Department 113, on that CNC screw machine,” said Rafael. “It’s back there all by itself, so something there must be making us sick.”

What should these stewards do? What kind of an investigation should they do? Can they file grievances?

Both these scenarios deal with the possible problem of inadequate air ventilation, and the resulting problem of bacteria or chemicals causing workers to get sick.

Let’s look at the first problem in the Town Hall.

There are two clues for Tony. First is the obvious symptoms of sneezing and headaches that are suddenly affecting several workers. The workers add the second clue: this all started when they were told to close all the windows and doors because the heating would be turned on.

This points to a problem of inadequate ventilation and a problem of poor air quality. The Occupational Safety and Health Administration (OSHA) refers to this as the Sick Building Syndrome (SBS).

What causes them? The sources of pollution in office buildings can be many.

Office machines such as photocopiers and electrostatic air cleaners can create ozone which in turn can irritate eyes and cause breathing problems.

Ink toners can affect people because they contain various solvents, such as methyl alcohol, which can aggravate problems in people’s eyes, noses and respiratory tracts.

One of the most common chemicals found in office pollution is formaldehyde (you remember formaldehyde from high school — used to preserve dead animals).  New furniture, carpets, plywood, and particle board all contain formaldehyde, which, as it gets broken down, appears as a fume which can irritate eyes and again the respiratory system.

Buildings also contain all the bacteria, fungi, molds, pollen, dust mites and sundry other items that get dragged into the building, travel on people or grow on carpets and sofas. Cleaners and solvents that office cleaners use can remain in the air.

But our building has air conditioning and a ventilation system!

Hopefully that is true. But here’s the problem:

In many new buildings, the windows cannot be opened. Fresh air is supposed to be provided by fans that draw in fresh air, and the ventilation system circulates this air and blows out old air.  However, in winter this can be expensive, blowing out heated air. Many systems pass the already heated air through air filters and recycle it. This filter may block out some of the biggest particles, such as dust, but chemical pollution and other small particles get endlessly recycled.

How can the union steward check the air system?

Do a two part check:

Are the rooms where printing or copying done properly vented? They especially need it. Does the ventilation system work after hours when people are cleaning the building? If not, then many of the solvents they use just remain in the building until morning. This is not healthy for these workers nor for those who come in later.

If there are problems with the ventilation system, union stewards or officers can approach management about having more testing done. Under the General Duty Clause of OSHA, employers are required to provide a safe and healthy workplace, and that includes air quality.

The workers at Burnemup Machine have a similar problem: poor air quality and bad ventilation.

The clues are similar. Workers getting sick when they are in a specific work area. For these workers there are two problems to check out.

Is the machine in department 113 properly vented, and is a safe machining fluid being used?

Machining fluids are used to aid in cutting metal. They keep the parts cool and lubricated. However these fluids contain many chemicals that are harmful to humans. OSHA specifies that machines that use cutting fluids must be shielded to prevent the breathing in of the fluid mists. There must also be a good ventilation system that sucks airborne mists out of the factory air system, not just into a different part of the factory. The recycling system that is used on each machine must be properly enclosed so that it doesn’t give off mists.

Many systems have moved over to water-based systems to get away from the hazards associated with oil-based systems.

Yet water based fluids pose their own problems. If they are allowed to sit stagnant for any amount of time, bacteria can grow in them. Breathing in of these bacteria has caused illnesses that are related to Legionnaires Disease. In most systems antibacterial chemicals are put in the fluids, but overuse of these can cause irritations of lungs and respiratory systems. One of the most popular antibacterial additives contains formaldehyde, a known problem causer.

What should the steward do?

Check out the machine while it is running. Talk to the workers who run it.

Is it properly enclosed or are fluid mists escaping into the air? Is the ventilation system working? Check it out with paper, but remember, since it has to pull airborne mist into it, the suction has to be strong enough to do this. Look not just at the machine but in the area also. Is there fluid on the floor? These are indications of safety and health hazards.

Management can keep a coolant from stagnating by aerating it or circulating it 24 hours a day and on weekends.

The steward at Burnemup has a grievance. If the employer won’t take action to fix the problem then a grievance can be filed, under the union contract’s health and safety clause or under OSHA’s General Duty Clause. Going to work might not always be fun, but it doesn’t have to make workers sick.

The National Council for Occupational Safety and Health maintains excellent resources on their website, including materials in multiple languages: coshnetwork.org

The virus that causes COVID-19 is primarily airborne and spreads more easily indoors than outside. OSHA recognizes improving ventilation as a key part of reducing the transmission of the virus in the workplace. If you think workers are contracting COVID-19 at work, as part of your investigation, be sure to request records regarding the employer’s HVAC system, including the date of its installation, records of its maintenance and any changes or additions to the system or air filtration since the onset of the pandemic.