What Is a “Jobs Guarantee,” and Why Should Labor Fight for It? 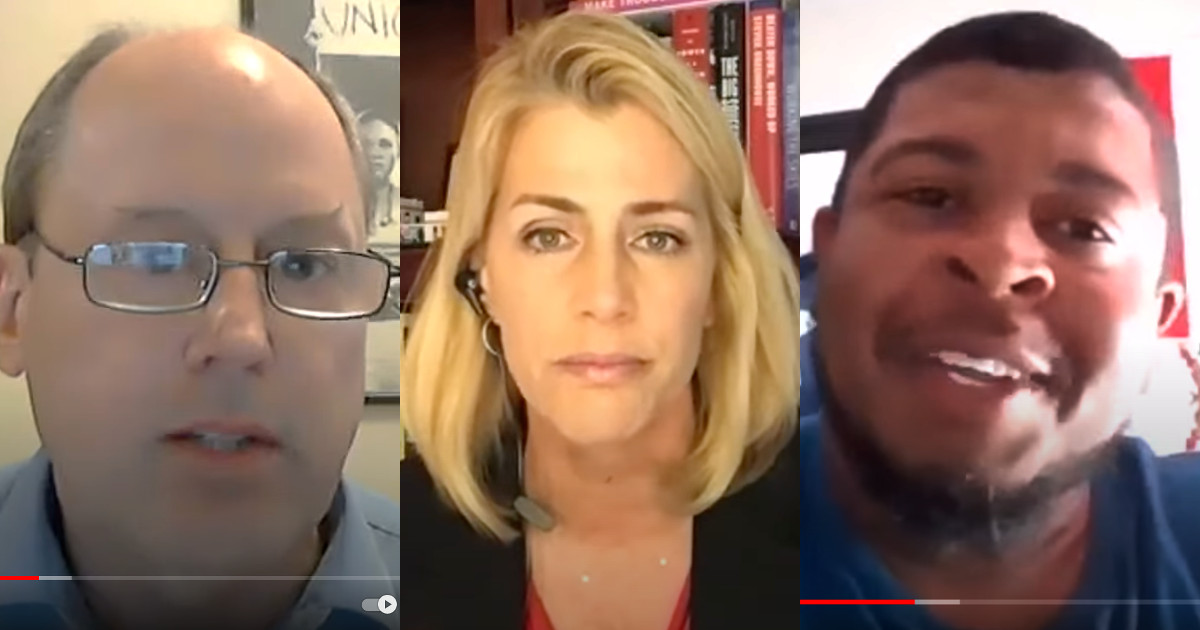 “Imagine we have this Easter egg hunt for kids,” economist Fadhel Kaboub told participants in a recent webinar co-sponsored by UE. “Imagine we have 100 kids at the park where we’re organizing this party but we only have 90 eggs. We’re setting up those kids to fail.” Then he made it clear why he proposed such an absurd scenario:

“That’s what we do in the labor market.”

Kaboub asked participants to imagine how cruel it would be to tell these kids “there’s something wrong with you, we need to train you, you need more skills,” but pointed out that our economy is organized around a similar kind of cruelty. “We don’t have enough jobs created, and we send people out looking for jobs and we blame the unemployed ... for not finding those scarce jobs.”

The webinar was the first of a three-part series, “Labor and the Jobs Guarantee,” organized by the Rosa Luxemburg Stifting. RLS is a pro-worker civic education nonprofit that has worked with UE on a number of projects, including a 2019 tri-national labor solidarity gathering held at the UE Local 506 hall in Erie, PA.

A jobs guarantee is simply a federal policy of providing livable-wage jobs to all who are willing and able to work. As Kaboub pointed out, the federal government acts as the buyer of last resort for agricultural products such as corn and wheat, in order to prevent farms from going under, yet will allow the price of labor to effectively go to zero, allowing millions to languish in long-term unemployment.

This lack of an employment policy does a huge favor for employers, who are then able to drive wages and working conditions down by hiring from a pool of people who are desperate for any kind of work.

UE General President Carl Rosen, who was a featured speaker on the second webinar in the series, told participants that “A jobs guarantee takes away the single greatest weapon that the employer has against workers, which is fear of job loss.

“That’s why it’s been the official policy of the federal government, which is controlled by the big banks and corporations ... to maintain a certain level of unemployment.”

The Cost of a Jobs Guarantee vs. the Cost of Unemployment

Sara Nelson, the president of the Association of Flights Attendants-CWA, detailed the human costs that her union saw when federal support for laid-off airline workers ended last October. Calls to the union’s employee assistance program hotline “went through the roof,” she said, “because people were dealing with depression, they were dealing with substance abuse, they were dealing with stress and strain ... because they didn’t know how to provide for their families.”

Nelson pointed out that had there been a federal jobs program in place when the COVID-19 pandemic hit, flight attendants — who are “first responders in the sky” — could have been employed providing extra healthcare services in nursing homes.

Although the costs of implementing a federal jobs guarantee might seem prohibitive, Kaboub argues that this is really a matter of spending priorities. He noted during the webinar that the cost of not doing anything to address the effects of unemployment are quite high. In a paper produced for RLS on paying for the Green New Deal (which includes a jobs guarantee), Kaboub illustrates this point by likening the challenge of “paying for” a jobs guarantee and the Green New Deal to the challenge of “paying for” World War II:

Keon Liberato, president of Teamsters Local 3012 in Philadelphia, added that the federal government is always able to find money to give to Wall Street when the economy falters. “If they can just come up with money out of nowhere because they have to stabilize the economy, then they can come up with that money to guarantee that people make a good wage and have benefits doing a job that is guaranteed by the government.”

“If we start in the workplaces, politics will follow”

Asked by the moderator how labor can win a jobs guarantee, Liberato said, “There’s no getting around that we’re going to have to do the hard work of organizing all of our members, all of our co-workers.”

He explained, “We’ve got to educate, we’ve got to train people to organize and talk to other people, and to lead these struggles and we’ve got to take collective action on a consistent and escalating basis in order to get the things that we need.”

Rosen noted that every important piece of legislation benefiting working people, from the National Labor Relations Act in the 1930s to the Civil Rights Act in the 1960s, “happened after people were out protesting and disrupting the economy and everything else, not before.”

“So we’re going to have to be able to get to that level,” he continued. “And that means going back to what unions did to get the union movement started in the first place ... a much more militant brand and democratic brand of unionism than we have now.”

“We really have to understand how we’re putting power into workers’ hands in order to change our workplaces,” said Nelson, “and if we start in the workplaces, politics will follow.”

Based on the discussions during the webinar series, RLS will be producing a new brochure on the jobs guarantee that workers can use to help facilitate these conversations with their co-workers. Look for it this fall.