How It All Fits Together: UE Structure 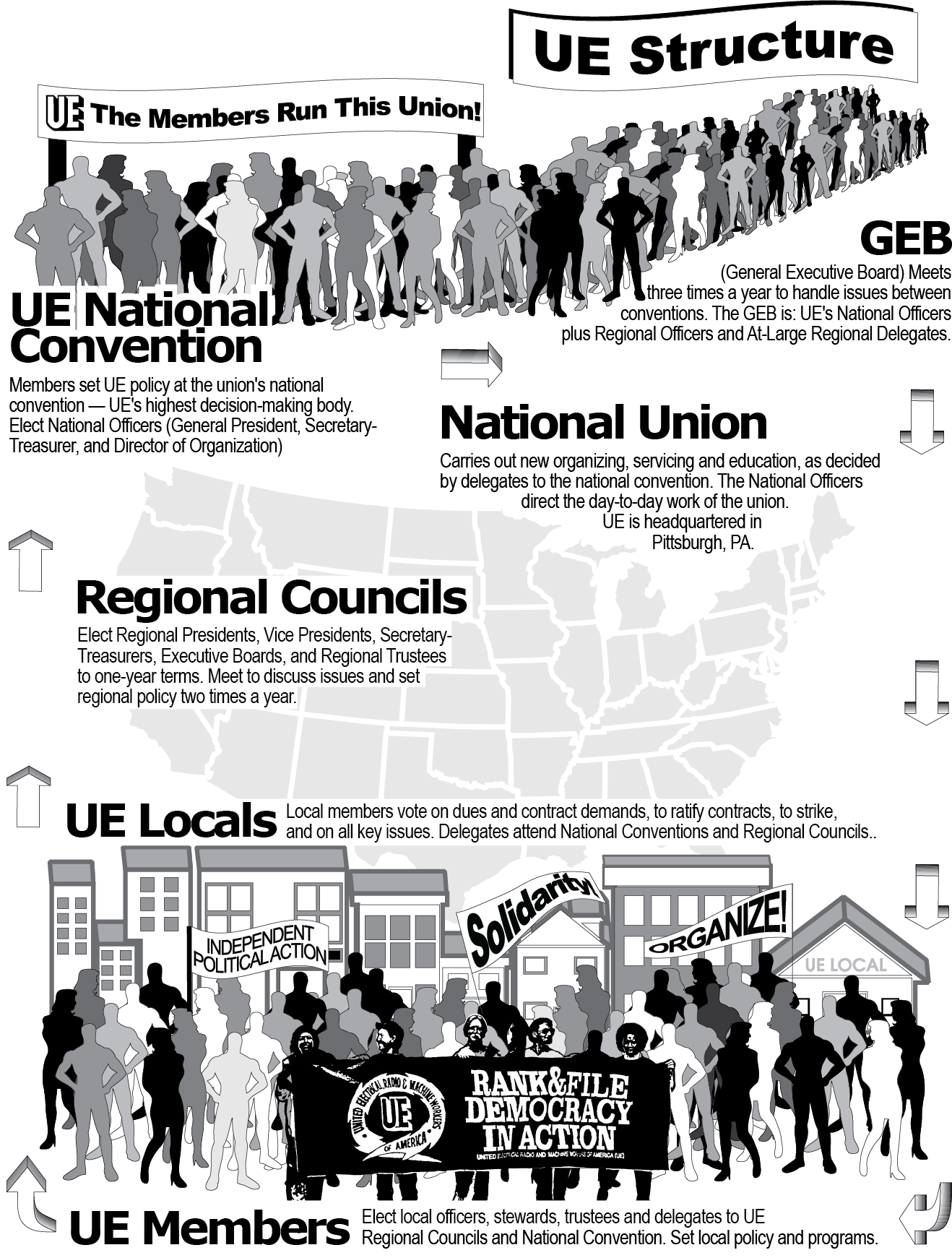 Meets three times a year to handle issues between conventions. The GEB is: UE's National Officers plus Regional Officers and At-Large Regional Delegates.

Carries out new organizing, servicing and education, as decided by delegates to the national convention. The National Officers direct the day-to-day work of the union. UE is headquartered in Pittsburgh, PA.

Local members vote on dues and contract demands, to ratify contracts, to strike, and on all key issues. Delegates attend National Conventions and Regional Councils.

To learn more about your union, read Them and Us Unionism, a 24-page booklet explaining UE’s philosophy, Them and Us: The Struggles of a Rank and File Union, and Solidarity and Democracy: A Leadership Guide to UE History. The publication UE Policy contains the resolutions adopted by delegates to the UE National Convention. These materials are available from the UE National Office and at the links above.

‹ The National Union: Structure and Functions up