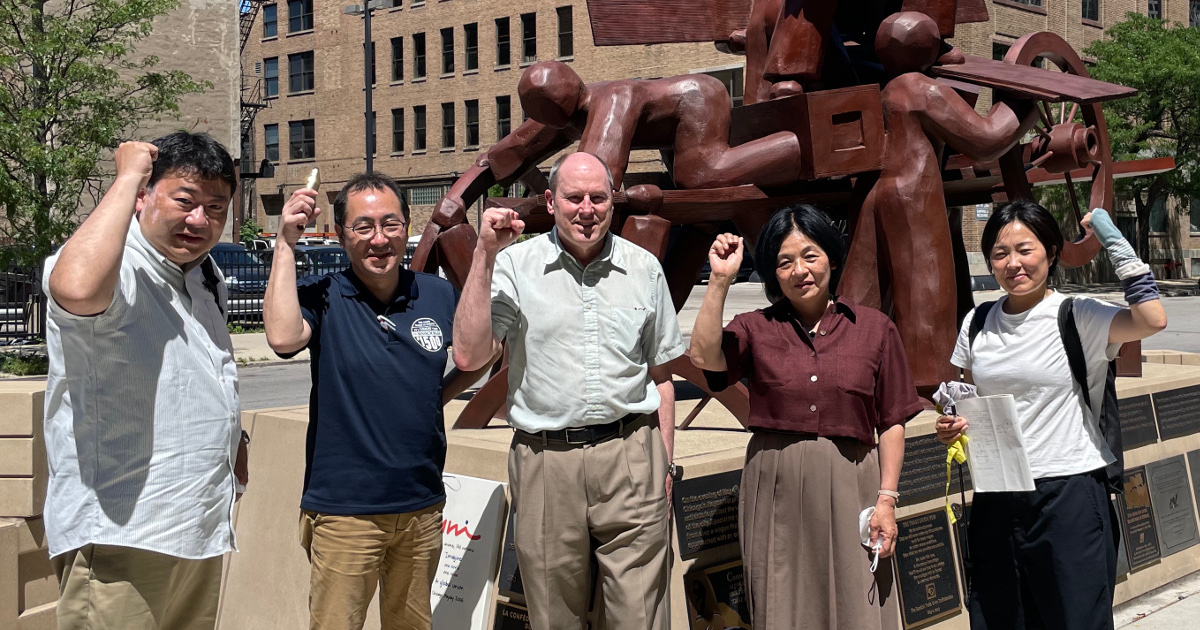 In June, following the conclusion of the Labor Notes Conference, UE hosted a delegation of trade unionists from Zenroren, Japan’s militant labor federation and a long-time UE ally. 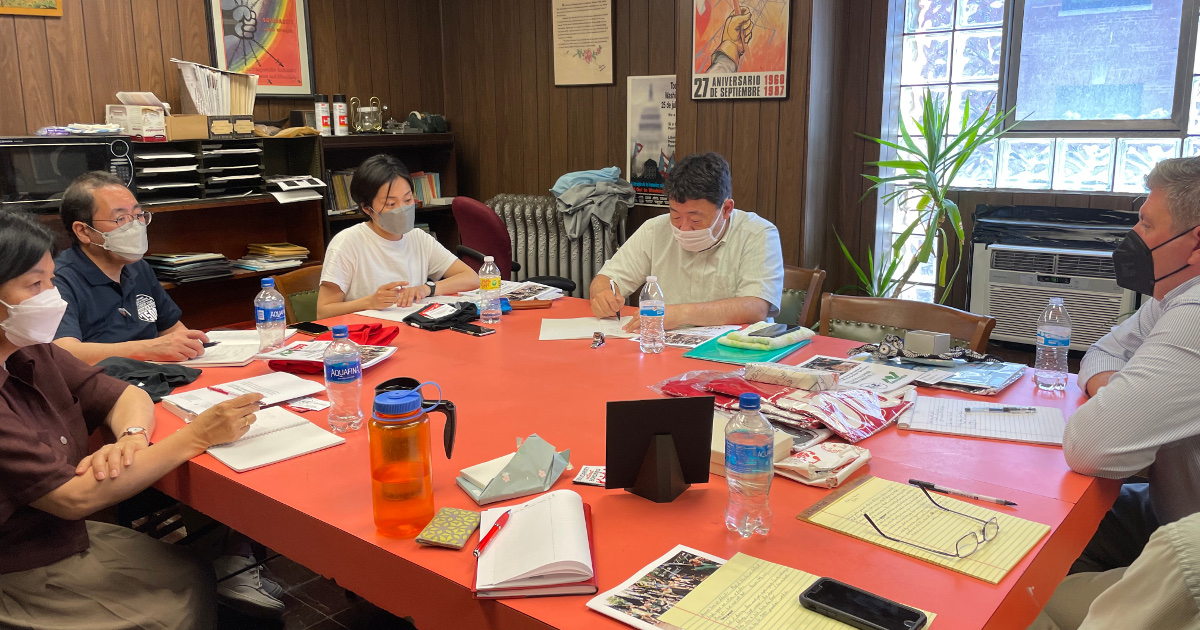 A meeting at UE Hall offered the opportunity to reflect on thirty years of collaboration together, commemorated in a new scrapbook UE produced. The booklet describes numerous exchanges in both countries, as well as in Mexico and Quebec, discussing challenges for public sector workers, teachers, and workers at multinational corporations, in addition to our shared struggle for peace and an end to nuclear weapons.

The Japanese comrades had many questions about the labor movement right now in the U.S., ranging from how to balance competing wage demands from those at the low and high ends of a pay scale, to how to engage more members in educational programs, and how to interact with surging interest in new organizing. UE highlighted our collaboration on the Emergency Workplace Organizing Committee, a project that greatly interested Zenroren. The group also discussed the political landscape in the two countries, where the electoral opportunities are bleak for workers in both places. 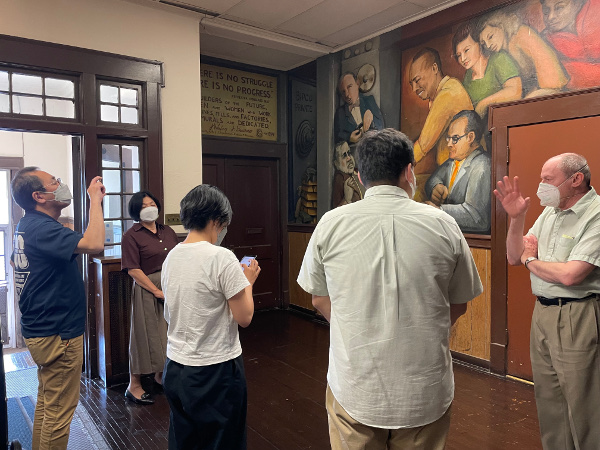 UE General President Carl Rosen (right) gives Zenroren members a tour of the murals at the UE hall in Chicago.

Rosen and Thompson also escorted the delegation on a tour of important labor history sites across the city, including the Haymarket Martyrs Monument at Forest Park Cemetery and the Haymarket Memorial in downtown Chicago, where Zenroren had previously dedicated a plaque in honor of the struggle for the eight-hour work day. They also visited a sculpture at the University of Chicago campus commemorating the first successful nuclear technology experiment. It offered a somber, reflective moment with visitors from the only country to experience first-hand the devastation of nuclear weapon detonation.

Following the exchange, Rosen commented, “It was an important opportunity for UE and Zenroren to renew our ties face-to-face and to continue the struggle together to advance the needs of the working class.”