Step One of the Grievance Procedure 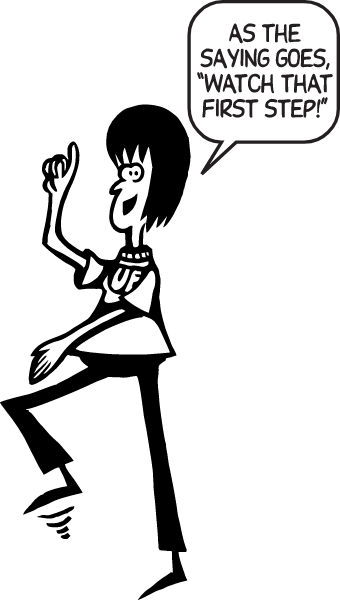 Most UE contracts have similar initial steps of the grievance procedure. The first step is an oral presentation of the grievance to  the foreman or supervisor by the employee, with or without a steward. The second step is when the oral answer is not satisfactory so the union puts the grievance in writing.

As previously stated, most contracts and the National Labor Relations Board give an employee the right to “talk” to their supervisor with or without the union being present.

However this does not mean the employer has the right to settle grievances or cut a deal without the union's  approval. Only the union has the right to bargain or settle grievances that affect workers' “wages, hours or other conditions of employment."  If an employee wants to talk about a personal grievance with the supervisor, that is allowed, BUT, the union has to be informed and the union has to be involved in the settlement of the grievance. Only the union can decide whether the solution to the grievance is proper and doesn’t give up any contractual right or wrongly affect another worker. Of course it is best for the union steward to be present from the beginning.

What must be done to present an oral grievance?  When the union steward is first approached by a worker who wants to file a grievance, certain steps should be taken before rushing to meet with the supervisor.

Talk not only with the grievant but with fellow workers, witnesses to the event, and other union representatives.

Is it a legitimate grievance?

The steward must also research the problem to make sure there is a legitimate grievance.

Remember, a grievance is any alleged violation of the contract, past practice, employer rules, previous grievance or arbitration settlements, or any violation of any laws, such as OSHA, ADA, FMLA, or EEOC regulations on race, age or sex discrimination.

A grievance can also be filed over violations of the union recognition clause.  This clause is usually in the beginning of the contract and means that the employer acknowledges that the union represents workers for the purpose of bargaining over wages, hours of work and other conditions of employment. If a supervisor picks on or harasses a worker, this clause can be used because the harassment could be considered a change in working conditions.

The investigation by the steward may result in a list of information that the steward feels he/she will need from the employer in order to understand what happened and to decide whether a grievance really exists.  The steward should ask for this information during the first step/oral discussion if the problem doesn’t get settled. If the information isn’t produced relatively quickly, then the Union should put the request in writing.  The UE Steward on Information Requests covers information requests in detail.

The  steward should also discuss the issue with the Chief Steward or other union officer to find out if there are any past practices concerning this issue or whether similar grievances have been filed in the past.

The steward should take notes during the meeting, or if that isn’t possible, write up notes immediately after the meeting. The UE Grievance Action Sheet is a useful form for keeping track of the investigation and the results of any meeting.  It isn’t easy to remember exactly what was said weeks or months later.

Once the steward is prepared by researching the issue, a meeting should take place with the supervisor or whoever the contract designates as the employer representative.

If the problem is clearly one that the employer initiated, the steward should request that the employer clearly state why they did what they did and why they believe this was right. A discipline case always falls into this category. It is the employer who is initiating the case by disciplining the worker. They must therefore explain and justify their actions. At this stage they must also provide the steward with all evidence they have. When a supervisor states that they have witnesses, but can’t tell the union who they are, the steward must be clear and state that the union cannot accept “secret witnesses."  Another situation may be if a supervisor turns down an employee's vacation request. During the first step of the grievance procedure, it is the boss's obligation to tell the union why the request was denied.

In other cases it will be up to the steward to state the case. This can be done by following these four steps. Sometimes it is useful to make a small outline in writing.

Extending the first step.  Sometimes more time is needed before a decision is made on whether to put the grievance into the next step. Perhaps the employer needs several days to gather the information requested. Perhaps the union steward needs to do more investigation based upon what the supervisor said.  Extensions of the grievance steps are OK but make sure there are witnesses to management agreeing to extend the time periods or better yet, GET IT IN WRITING.  Arbitration cases have been lost because the Union missed the time limit for filing a grievance. Not surprisingly, bosses have been known to lie and deny that they verbally agreed to extend the time limits.

In most UE workplaces, lots of problems are settled informally — but because they're not put into writing, the stewards involved in these cases don't consider them grievances.

Below is a sample form (PDF download) which helps remedy this problem and, at the same time, organizes the information stewards need to know before talking to the boss.

Keep in mind, these forms will not establish legally-binding precedents, but they will give your local a record of how problems have been handled informally — and can be very useful when similar problems come up.