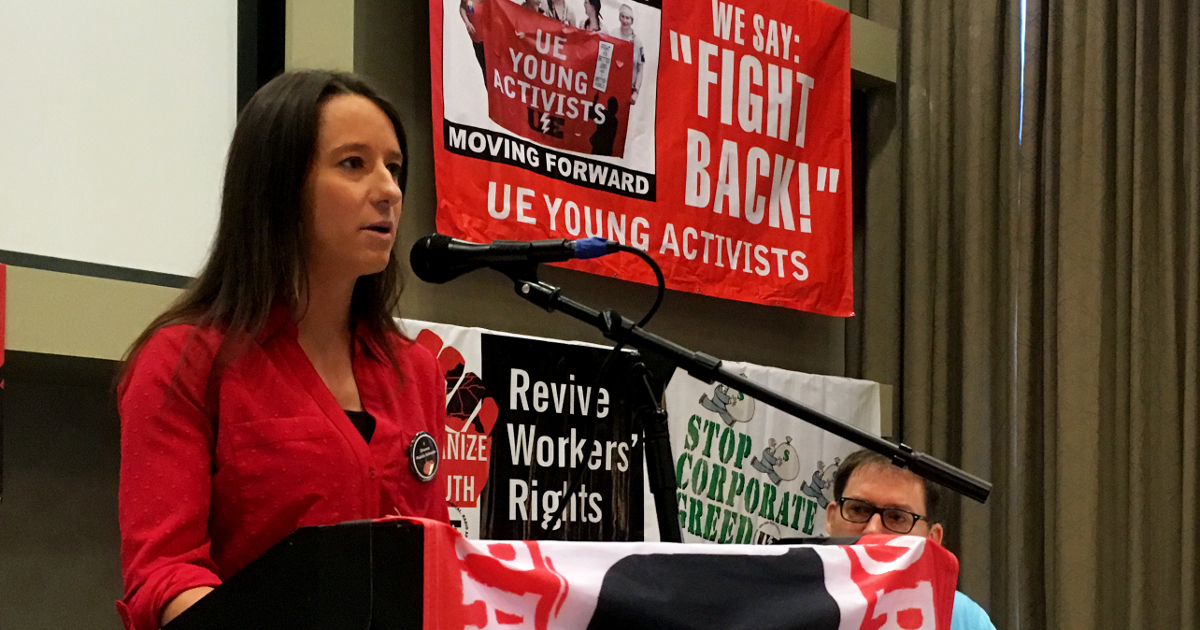 Jenny Craig, a rank-and-file leader of the historic 2018 and 2019 West Virginia teachers’ strikes and president of the Ohio County Education Association, addressed the convention on Monday morning.

Craig placed the strikes in the context of the poverty and suffering that has been inflicted on her state by corporate greed. “I teach in the middle school in the community that I grew up in,” she said, “a community that, much like those across West Virginia and communities all across this nation, is ravaged by poverty, low-wage jobs, limited opportunity, and crippled by the opioid epidemic that was created by the pharmaceutical industry.”

Meanwhile, teachers were facing “stagnant salaries” and “crippling healthcare costs.” Some were rationing insulin in order to make ends meet. “Something had to change.”

Craig described how teachers began looking to each other in the wake of the “hope of change” brought by Bernie Sanders’ 2016 campaign and the 2017 Women’s Marches. They began sharing stories on a Facebook page, and the “power and platform of story” helped them overcome the “poverty-shaming” that tells working people that our inability to make ends meet is due to “individual, personal or moral failings.”

“The similarity in each story strengthened the solidarity that we had and the realization that these were systemic issues,” Craig said. “The level of class consciousness rose immediately,” and teachers began organizing to change their situation. “We didn’t need to wait to be told how or when to act” by union leaders, she emphasized. The organizing that led up to the 2018 strikes was “led not by leadership, but by those of us angered and bold enough to believe that we could make a change.”

Described the “Red for Ed” solidarity rallies in the state capitol, Craig said, “I vividly recall seeing the sea of red descend on the capitol: red ponchos, red umbrellas, signs and shirts, and this electric feeling in the air.” Feeling the solidarity from other unions, she and her fellow teachers understood “the one truth” that “those who seek to divide us” don’t want workers to understand: “that we all are brothers and sisters. That we all are workers, and that we are all fighting for the same things.”

The strikes won some improvements for teachers and helped defeat a number of anti-education and anti-union bills, but Craig said “by far the biggest victory that we achieved” was “this realization that our labor belongs to us, and that collectively we can accomplish many things.”